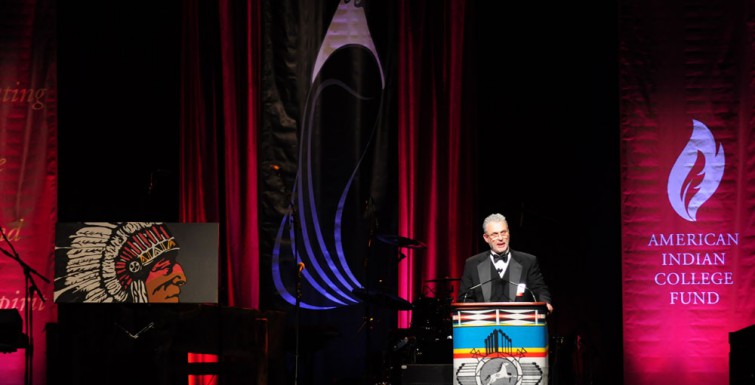 Native artist Steven Paul Judd (Kiowa/Choctaw) created a painting live at the event, which was awarded to the donor providing the largest gift. The Shakopee Mdewakanton Sioux Tribe took the painting for their donation of $50,000. A silent auction including art by the nation’s top Native artists, and entertainment by Native musicians, including classical guitarist Gabriel Ayala and the dance and music group Brulé, were featured. Haskell Indian Nations University alumnus Dominic Clichee spoke during the program.

Thank You to Our 2013 Flame of Hope Gala Silent Auction Contributors: