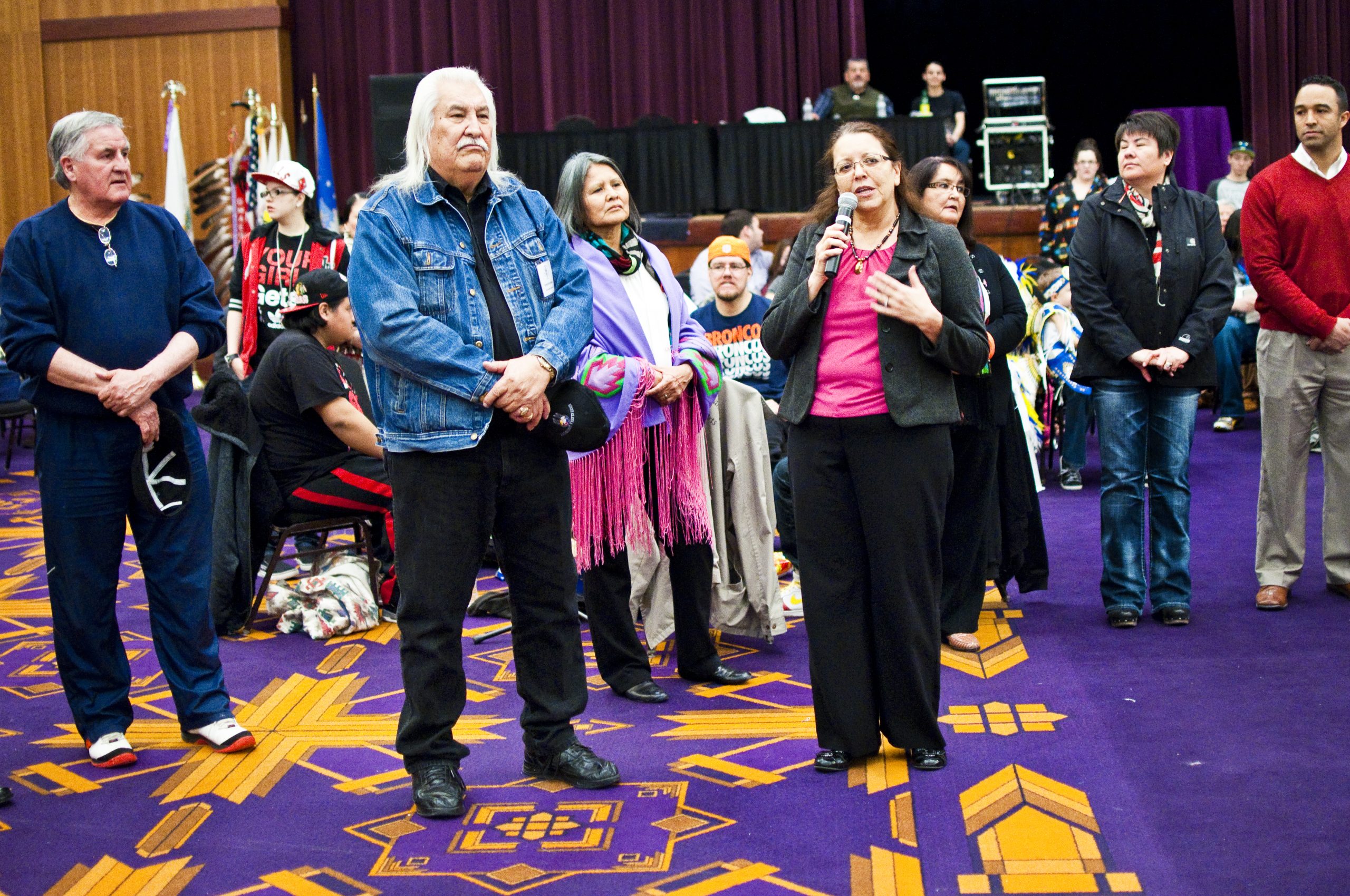 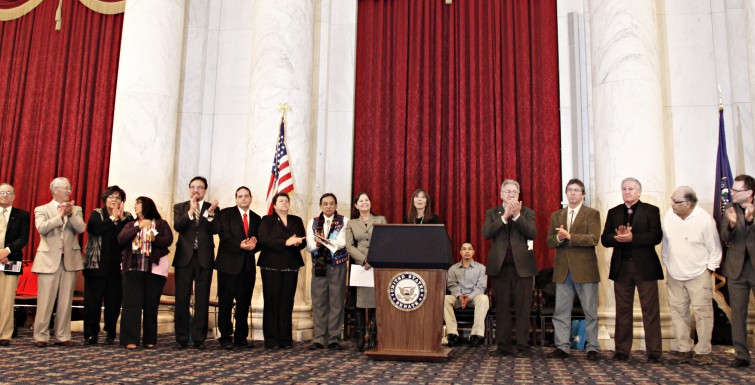 Tribal College presidents and leaders in the Kennedy Caucus Room in 2013 during the annual “AIHEC on the Hill” winter meetings in Washington, D.C.

In 2016, I was invited to submit a chapter on the presidency of tribal colleges for a book on leadership at minority-serving institutions. I started the chapter with these words, Itancan, Bacheei-tche, Ogimaa: tribal words for those in leadership at tribal colleges because their leadership is rooted in their cultural knowledge and practices. This essay is derived from that chapter, “Tribal College and University Leaders: Warriors in Spirit and in Action” (Effective Leadership in Minority Serving Institutions: Exploring Opportunities and Challenges for Leadership, August 2017).

In the late 1960’s and early 1970’s, upon establishment of the tribal colleges, founders made it clear that their expectation was that tribally-controlled education institutions would redefine and restructure education and that this experience would improve the quality of life of tribal individuals and communities and restore cultural knowledge. The role of TCU president then becomes one of both visionary and practical leader. Presidents guide institutional resources to effectively fulfill academic and community engagement strategies toward the dream of their founders and ancestors for prosperous and healthy tribal nations.

Nationhood rooted in land, Native language, governance, economic and social systems, and spirituality create the priorities and focus of TCUs. To understand TCU presidency, I discussed the various roles the president has: visionary, hunter/gatherer/grower, translator/interpreter, orator/advocate, storyteller, and spiritual and physical leader.

On this day, when the rest of the country is celebrating the presidents of the United States, I’d like to focus on the TCU presidents’ roles as visionaries and storytellers. Although overlapping, these roles have distinctive characteristics in a tribal context. Visionary leaders in tribal communities act from a place of generosity and wisdom. Unlike the often competitive environment of leadership in other settings, at TCUs, leadership is rooted in being kind-hearted, which includes the sharing of very limited resources. This can manifest with TCUs providing services that might otherwise be considered extraneous in other settings—free meals, free transportation, and assistance with light bills or medical travel. An assumption that visionary leaders are also engaged with deeply held spiritual practices is also part of the TCU experience.

As storytellers, TCU presidents keep alive the grassroots beginning of the tribally-controlled education movement and share the historical context in order to inspire and motivate students and leaders today. It is in this role that presidents today pass on knowledge about who we are as indigenous people and as educators.

TCUs operate in environments where there are challenging and often overwhelming disparities and an incredible lack of resources. Amazingly and despite those disparities, TCUs prosper, providing education to thousands of Native and rural people and elevating the standard of living for all.

TCU presidents have great responsibilities to the survival of their people. They are role models for all in leadership because they act from positions of authority derived from their indigenous knowledge, their cultural values, and their willingness to put others before themselves. They are generous and intelligent. We are a better society because TCU presidents stand with our students and show up in our communities to create transformative experiences and build better lives for all.