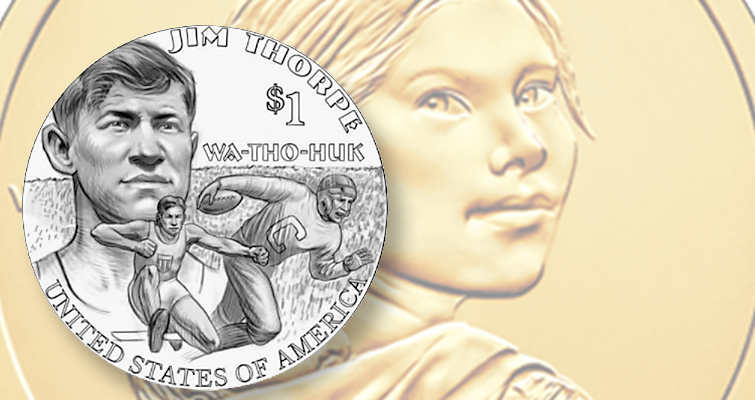 A member of the Sac and Fox Nation, Thorpe’s Native name (Wa-Tho-Hu) means Bright Star, and is engraved on the coin. He is most known for the gold medals he won in the decathlon and pentathlon in 1912; a time when Native Americans did not have the right to vote. At the medal ceremony, King Gustav V of Sweden said “You sir, are the greatest athlete in the world.” 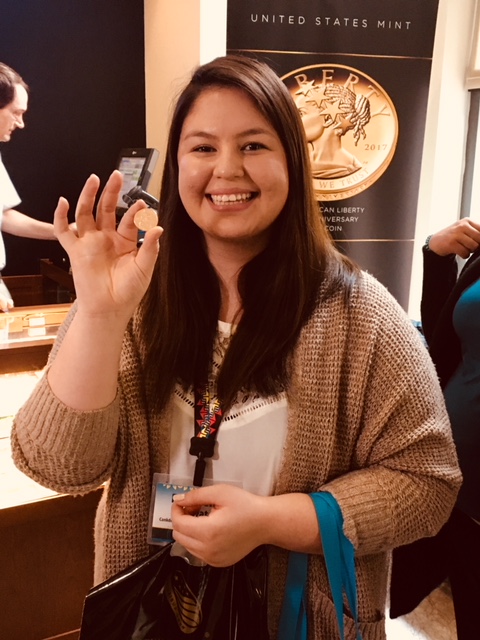 Danacia Graywater, CCCC, nursing student and member of North Dakota National Guard at the unveiling of the coin on Thursday, February 15, 2018 at the U.S. Mint in Washington, D.C.

In addition to careers in professional basketball and baseball, Thorpe was one of the first professional football stars, playing for the world champion Canton Bulldogs. He eventually helped form the NFL, and became its first president in 1920. In 1963, he was inducted into the Football Hall of Fame’s inaugural class. Repeatedly recognized as one of the world’s greatest athletes, the Associated Press named him the United States’ greatest athlete and American football player of the first half of the 20th century. An ABC Sports poll from 2000 ranked him as the best American athlete of the century.

Thorpe’s inspiration is felt even more so today, as the new dollar is issued during the 2018 Winter Olympics and National Tribal Colleges and Universities Week. The staff at the College Fund is highlighting this honor of a Native American and the inspiration Thorpe continues to provide for Native scholars today. Whether competing in athletics or seeking excellence in the fields of rocketry, environmental science, or law, Thorpe’s achievements and example remind Native students of the greatness that lies in each and every one of us.