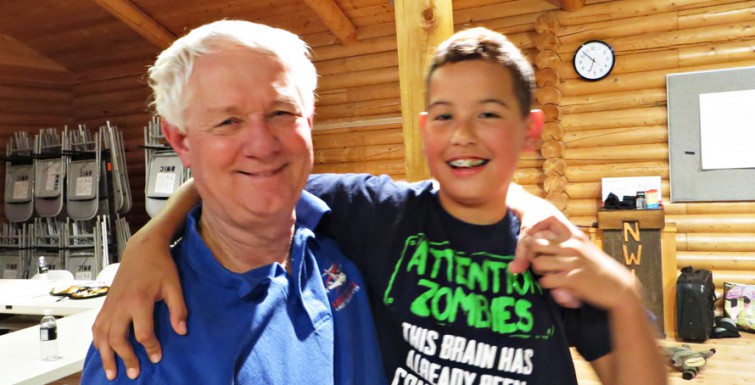 Our first Family Engagement activity was an Ey’ Snat Family Fun Night in September held in conjunction with Sacred Little Ones partner site Lummi Head Start. We wanted families to get to experience a salmon barbeque with salmon cooked in the traditional way.

Lummi fisher, Dana Wilson, had the participants skewer chunks of salmon on long ironwood sticks then he propped the sticks near the fire to cook.  The barbeque took place on a warm fall evening, on the beach, where children enjoyed playing near the water, elders visited, families ate, and Head Start and Northwest Indian College (NWIC) staff enjoyed the great turn-out.

The October Ey’ Snat was an Art Event! We began with a meal at the head start then Bill Jefferson, Lummi artist, shared some of his knowledge about traditional Coast Salish art forms. Families and young children got to do painting with those art forms, and take their artwork home. They were so pleased. 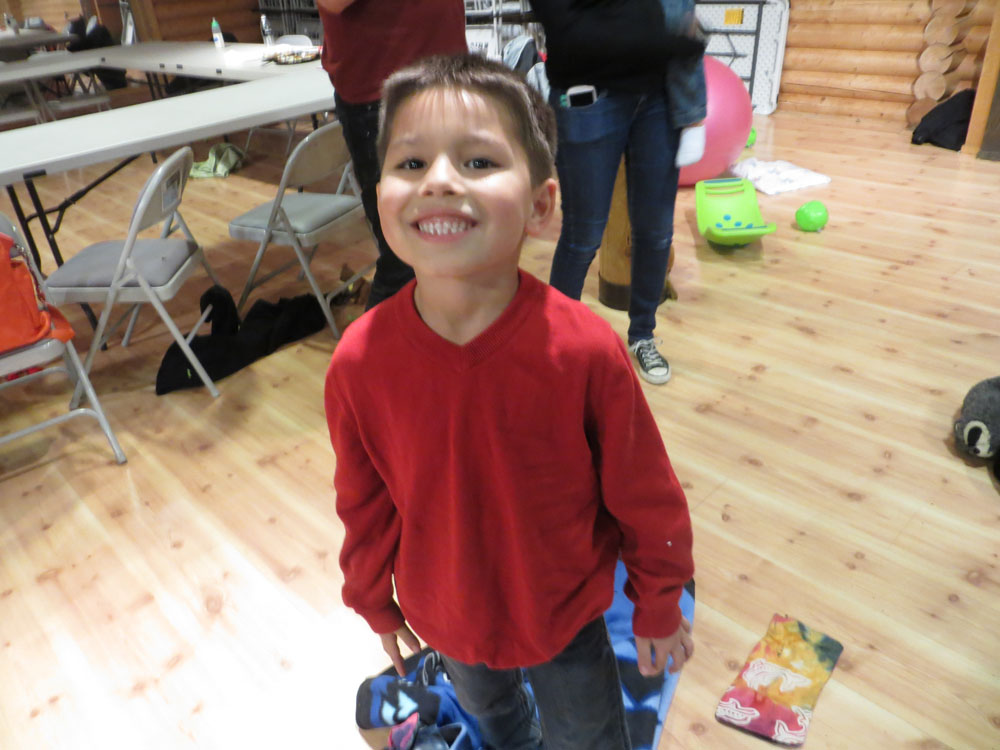 November’s event was a family play evening, where parents and family members brought their young ones to share a meal and play and play and play. Additional adults came without their children to be members of the “Play Team” who could add playfulness and extra resource to this family time. When half the parents went to the building next door for a support group, the Play Team and other half of the parents stayed out to play. The second half of parents also got their support group as well. There was much activity and while there were no physical take-homes, there were smiles and joy and a sense of peace as families departed. Parents and children connecting through play made children’s eyes shine. Participating in the brief but safe parents’ support group brought out the smiles on family members’ relaxed faces as well. 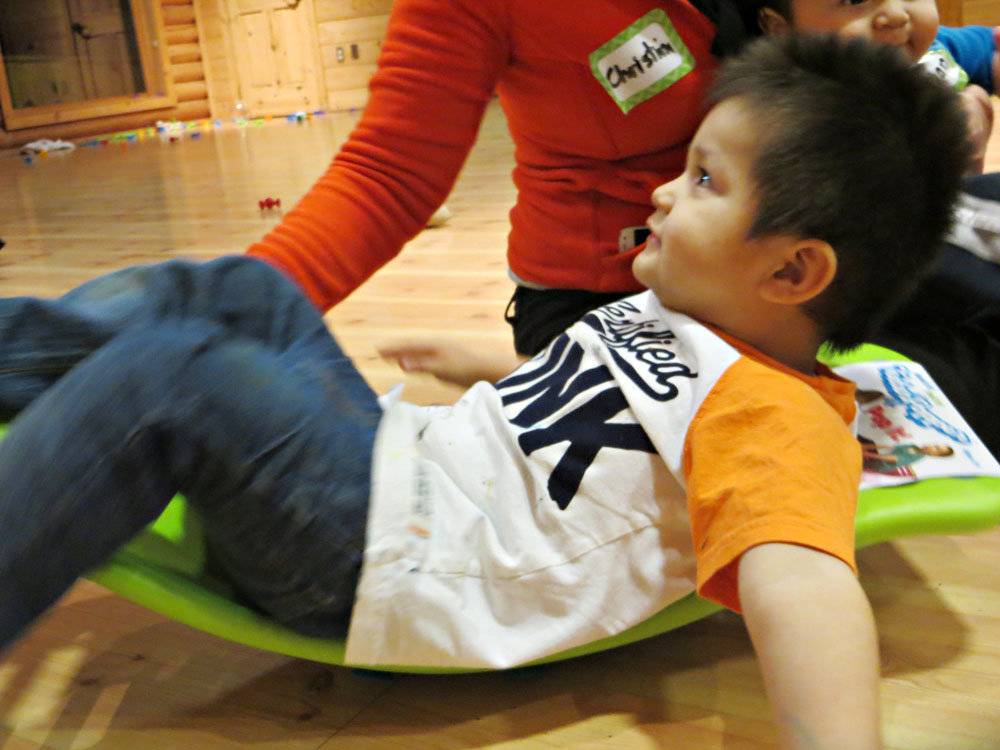 The December Ey’ Snat Family Fun Night in conjunction with our partner, Lummi Head Start, was a wonderful success, though in unexpected ways. That is, we did not expect the gathering to draw 125 people, as we had planned for 60… Our invitation “went viral,” and we were glad it did!  We loved having so many families of young children there, and we received lots of support from the Silver Reef Hotel Casino & Spa to accommodate everyone.  The catering department opened a second banquet room, added tables to the area between the two rooms, and served delicious food. The Silver Reef did a fabulous job of keeping the food coming, finding room for everyone, and treating us all so well. 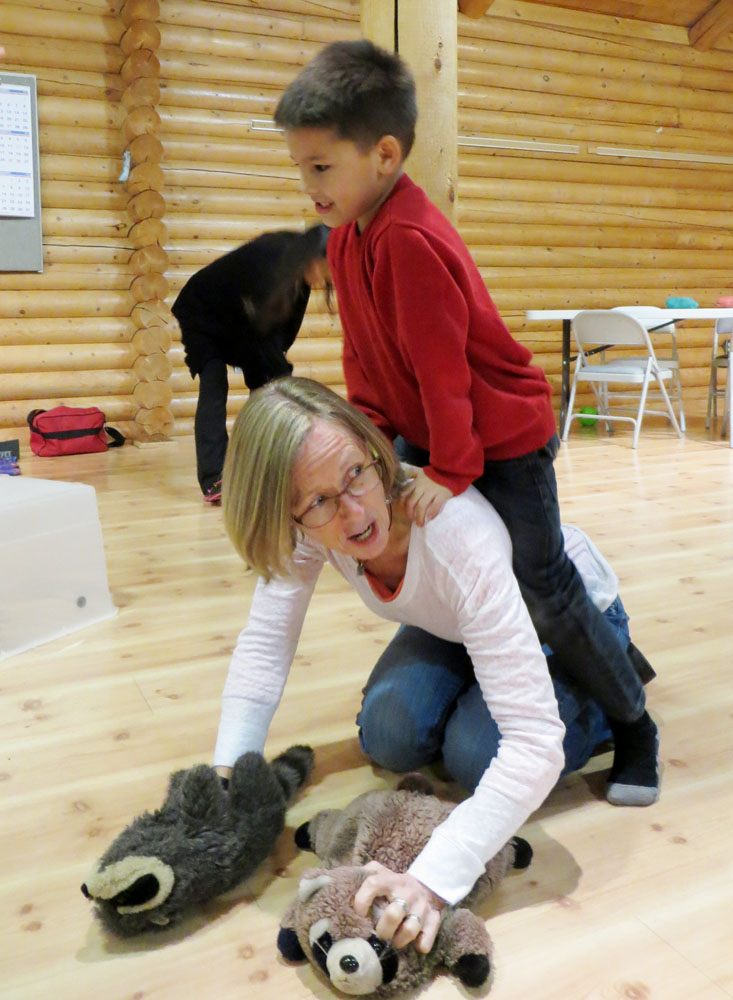 Children and families ate and made several engaging and fun “make-and-take” activities.  Due to unforeseen, but surmountable challenges, our activities were more Christmas crafts and less traditional crafts than originally planned.  However, Lummi traditional values of generosity, working together toward a common goal, valuing family, and sharing and caring were fully engaged. And believe us when we say, that making scarves with a Seattle Seahawks applique was a hit of tremendous proportions for this wonderful occasion!

In January, we held our second Family Play evening, with more Play Team members than before. The parents’ support groups were eagerly attended in the middle of the event, and we initiated a Play Team members’ support group (for the adults and teens who came without children to support the children and families) after the families went home. It was lovely to hear each person’s delight with the evening and their part in it.

Enthusiasm was high for the next one, which took place February 6th.  With over 40 participants, it was our biggest turnout yet! 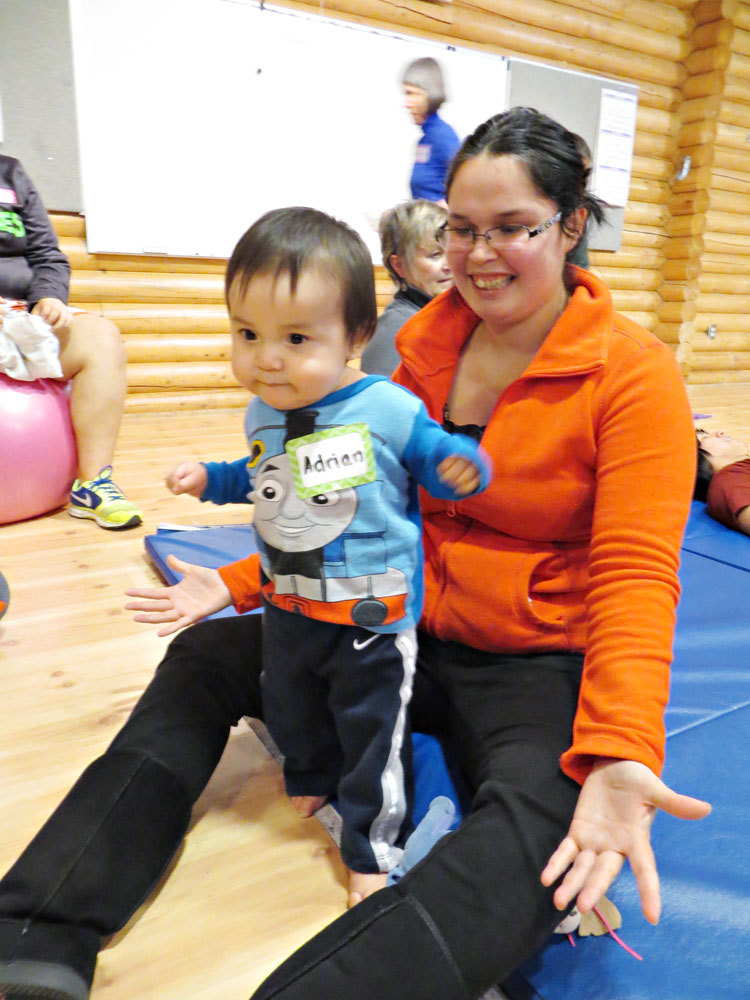 The Tse’lala Parent Advocacy Group continues to meet on a weekly basis, and family engagement/community empowerment is in full swing at Lummi. These parents are committed to strengths-based, asset-oriented approaches to supporting their children’s education and educators. They introduced themselves to the tribal council in December, and at that time, the Tribal Chairman assigned two council members who are themselves parents, to attend  the Tse’lala group as part of their community participation as Council members.
Being able to interact with and involve parents more fully has been a big and joyful job! We look forward to our next Ey’ Snat Family Fun Night with Head Start on Thursday, February 12. This time we will be at the Wex Liem Community Building with a variety of traditional crafts and some songs and dances for the young ones and their families.