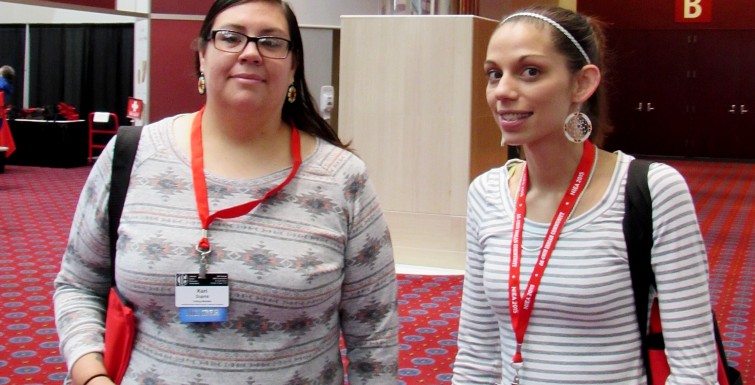 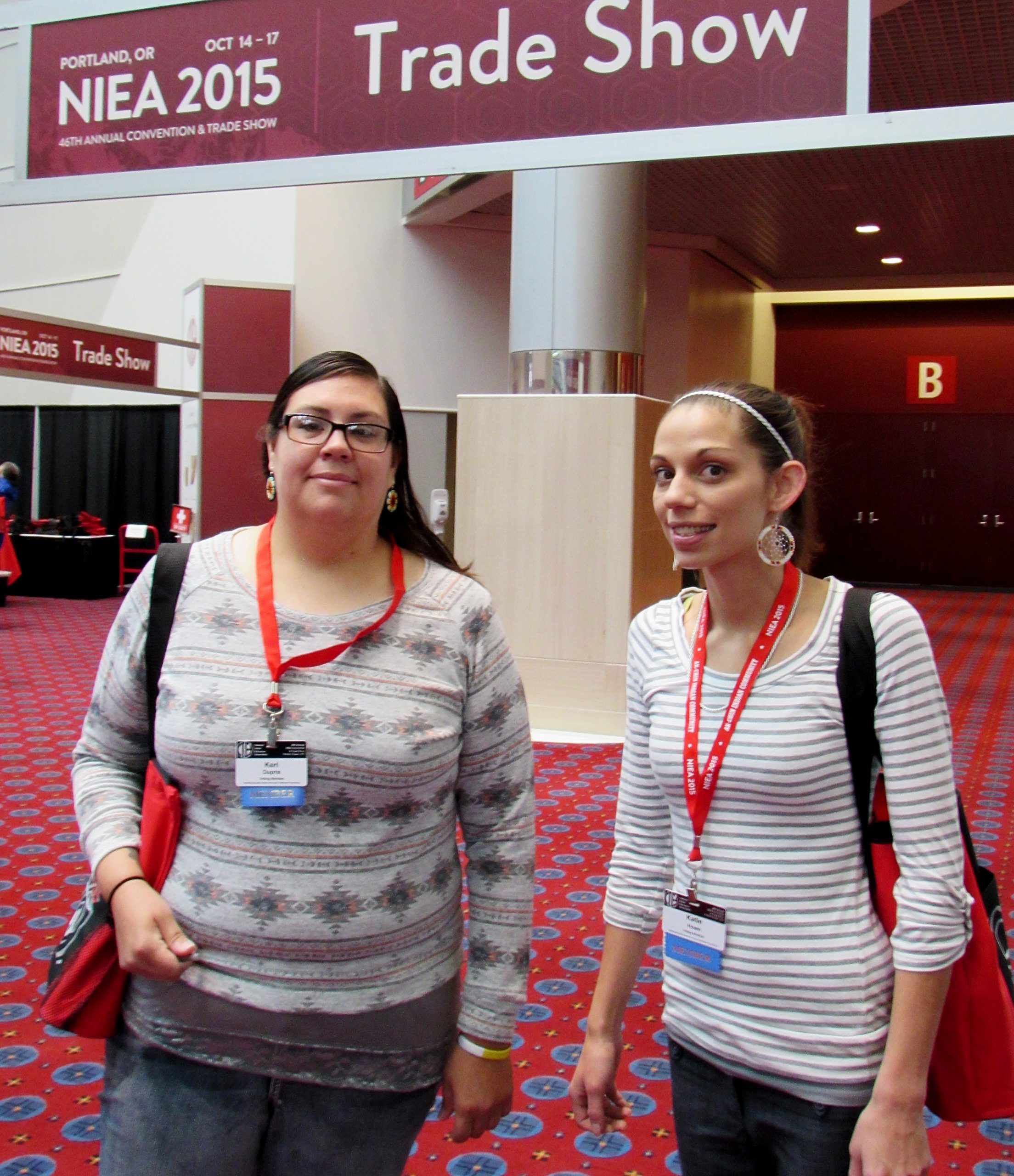 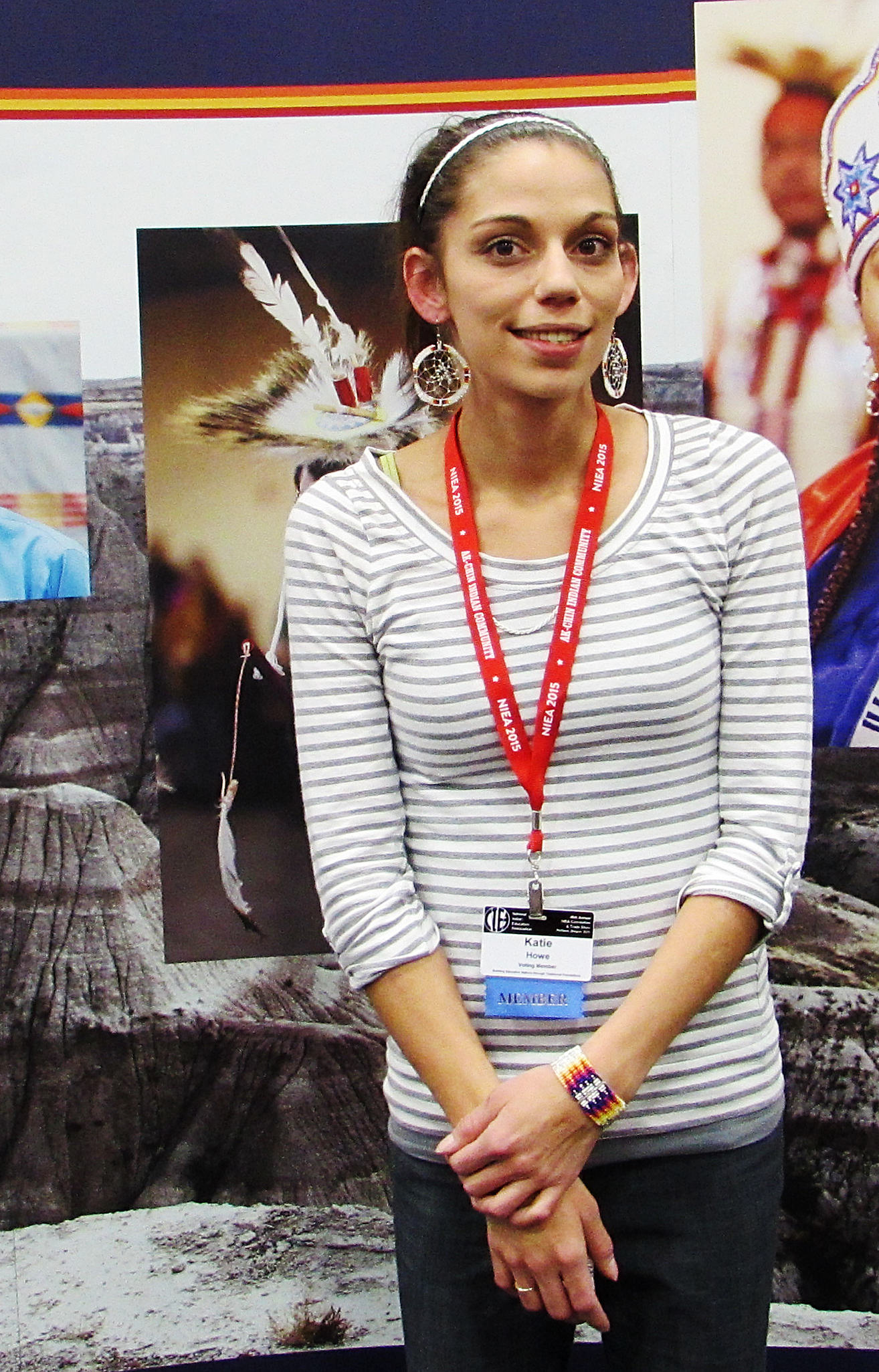 Katie, a Minnesota Chippewa student at Bay Mills Community College in Michigan, and Keri, a member of the Cheyenne River Sioux tribe studying at Oglala Lakota College in South Dakota, are both American Indian College Fund scholars who had the opportunity to network and learn more about educational and career opportunities through a partnership with the College Fund and the Wal-Mart Foundation.

Living and attending school on a remote, rural Indian reservation often doesn’t afford young scholars many opportunities to network with others outside of their community, and Keri says she was “eager to learn as much as I could about another tribe or another person.” She met many individuals that inspired her, including a 25-year old director of her tribe’s higher education program, a 27-year old working on a doctoral degree, and others working on various personal achievement goals. “At the conference, I found that I was a sponge, trying to absorb as much information as possible,” Keri says. She found information about how to apply her language, culture, and Native perspective into teaching learners of all ages, which she says is particularly interesting and useful for her education and career. 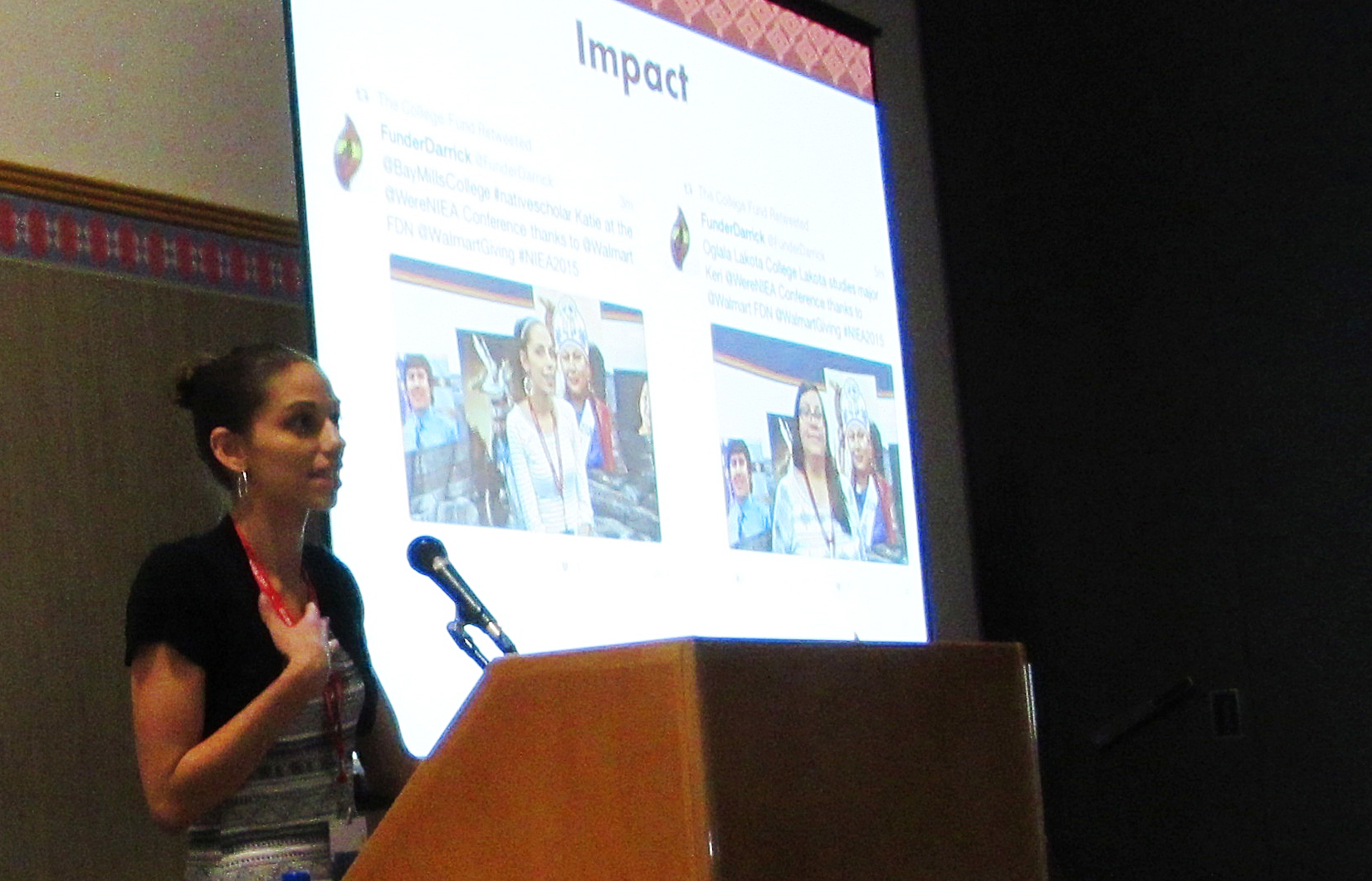 Katie presenting at the NIEA conference.

Katie notes that attending the conference made her feel empowered to contribute to her community and its growth by voicing her thoughts and opinions on issues. With newfound confidence she says, “Doing so can help make us make changes in our lives and our communities,” she says.

Keri, who also attended sessions on leadership, psychology, and the role of tribal families in education, says, “I want to thank the College Fund and Wal-Mart for allowing me this opportunity. The wealth of knowledge acquired at NIEA amounts to a lifetime’s worth.”

Katie adds that she enjoyed the opportunity to network, listen to others’ stories, and to attend the career fair and exhibition booths, which gave her insight into possibilities for future educational and career goals. “Many students are unsure what field they would like to go into. Attending a conference such as this can give them different perspectives. There are so many different options for students, including different schools, internships, and career fields. This conference opened my eyes to the never-ending opportunities for American Indian students like myself.”