Thirty-three Students Honored as Student of the Year

Thirty-three Students Honored as Student of the Year 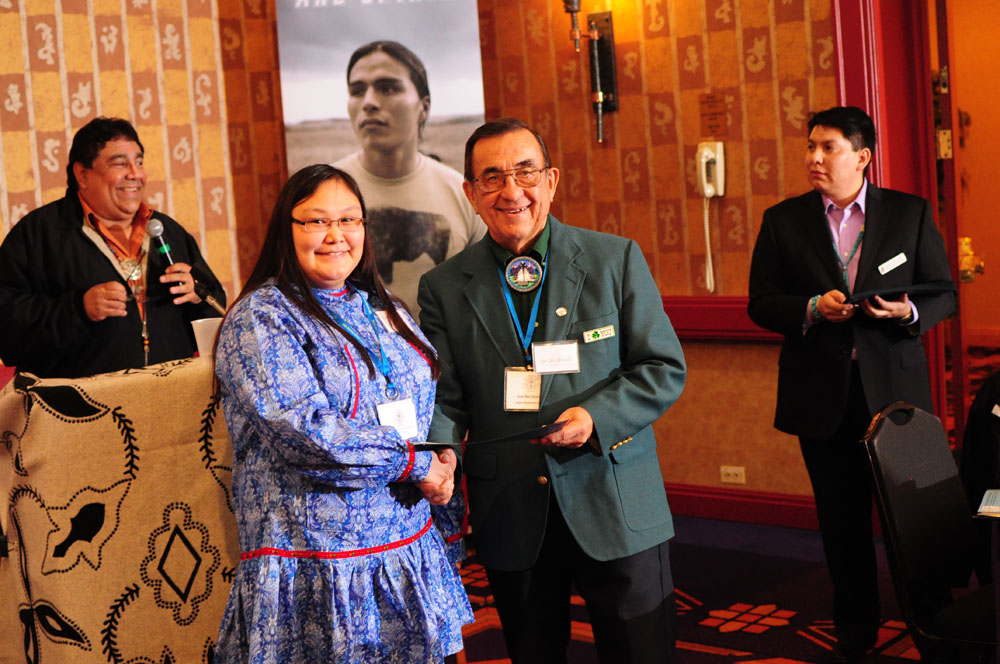 Dr. Joe McDonald serving as the emcee and host of the annual awards banquet.

Dr. David Gipp, President of United Tribes Technical College (UTTC) in Bismarck, North Dakota, was also awarded as the Tribal College Leader Award. Dr. Gipp has been president since 1977. He is an enrolled member of the Standing Rock Sioux Tribe. Dr. Gipp worked with and served on the board of UTTC during its founding days from 1969-1972. His professional work has been principally in the development of tribal colleges. He was instrumental in developing the first national legislation (enabled in 1978) which assists “tribally controlled community colleges and universities” and has extensive background in higher education, career and technical education. UTTC is an intertribal model which was founded by the five tribes located in part or all of North Dakota and their leaders in the late 1960s. It serves, on average, more than 1,100 adults and 500 children and is one of the most unique educational models in the country, serving many diverse tribes. UTTC also has three early childhood centers and a K-8 elementary school (Theodore Jamerson Elementary School) on its campus serving the children of the adult students.