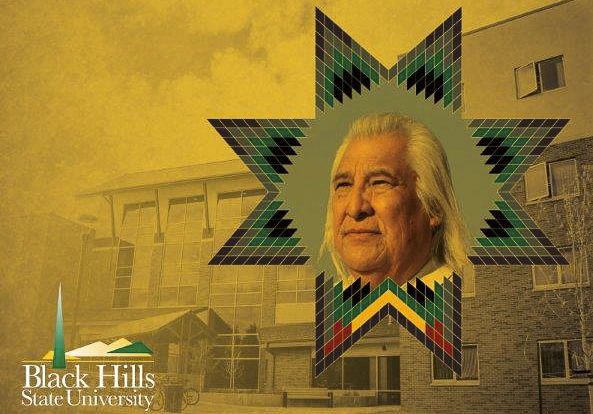 Black Hills State University in South Dakota honored Dr. Lionel Bordeaux (Sicangu Lakota), President of Sinte Gleska University and the longest-serving university president in the United States, by naming a residence hall on its campus in his honor. Bordeaux Hall gives university students a view of Crow Peak, Spearfish Mountain, and Lookout Mountain, while providing them with a place to meet, study, and learn. 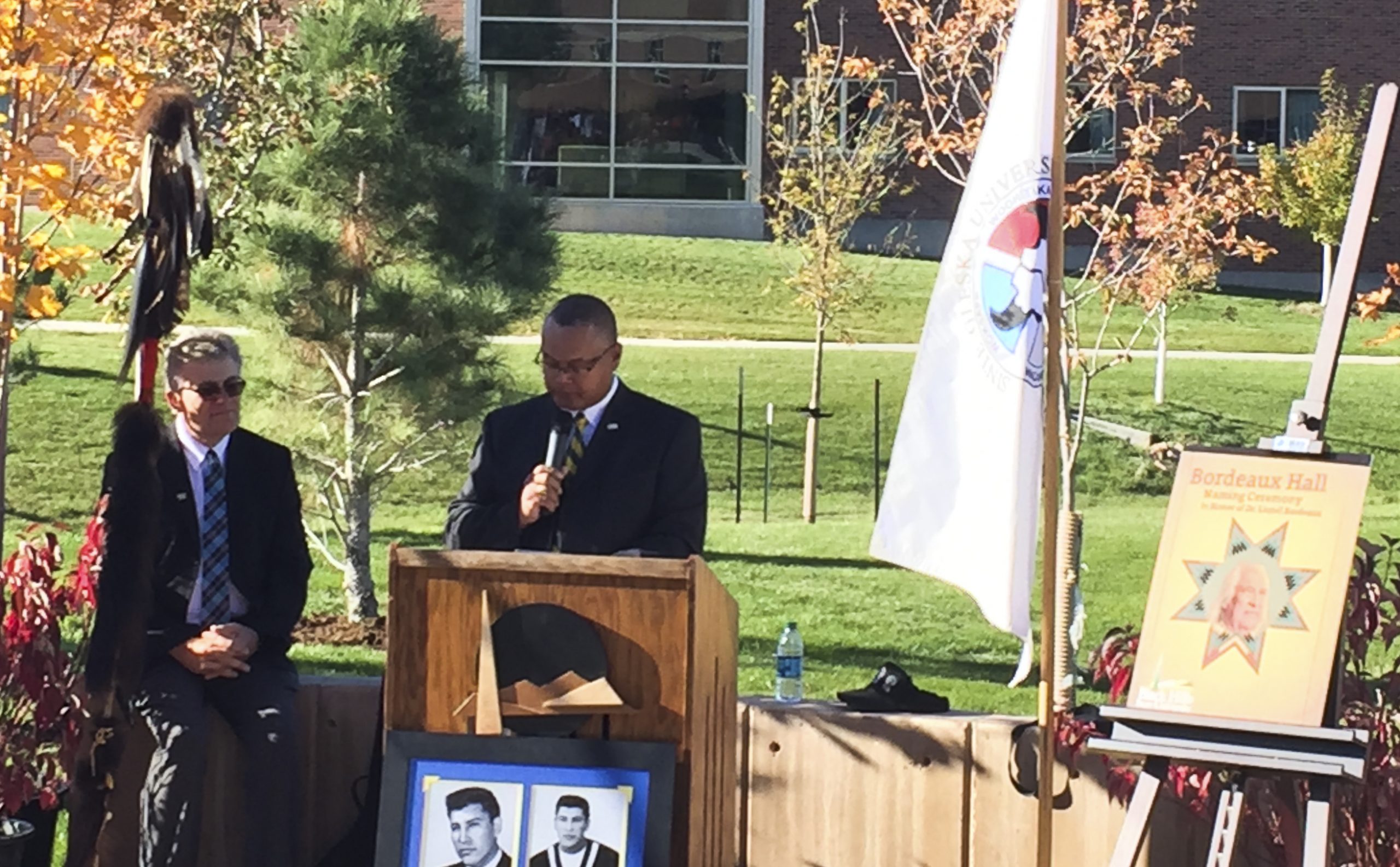 President Dr. Thomas Jackson, Jr. of Black Hills State University gave remarks about Dr. Bordeaux’s education career at the event held in front of Bordeaux Hall on October 10. Dr. Bordeaux was presented with a star quilt and a ribbon cutting followed the ceremony, which ended with a prayer.

Dr. Bordeaux began his career as President of Sinte Gleska University (SGU), where he has served for more than 40 years, less than 10 years after his graduation from Black Hills State University. SGU is located on the Rosebud Reservation in South Dakota and is one of 35 accredited tribal colleges and universities serving American Indian communities on our near Indian reservations. SGU offers associate, bachelors, and master’s degree programs to its students, providing accessible and affordable higher education opportunities steeped in Native culture and language. 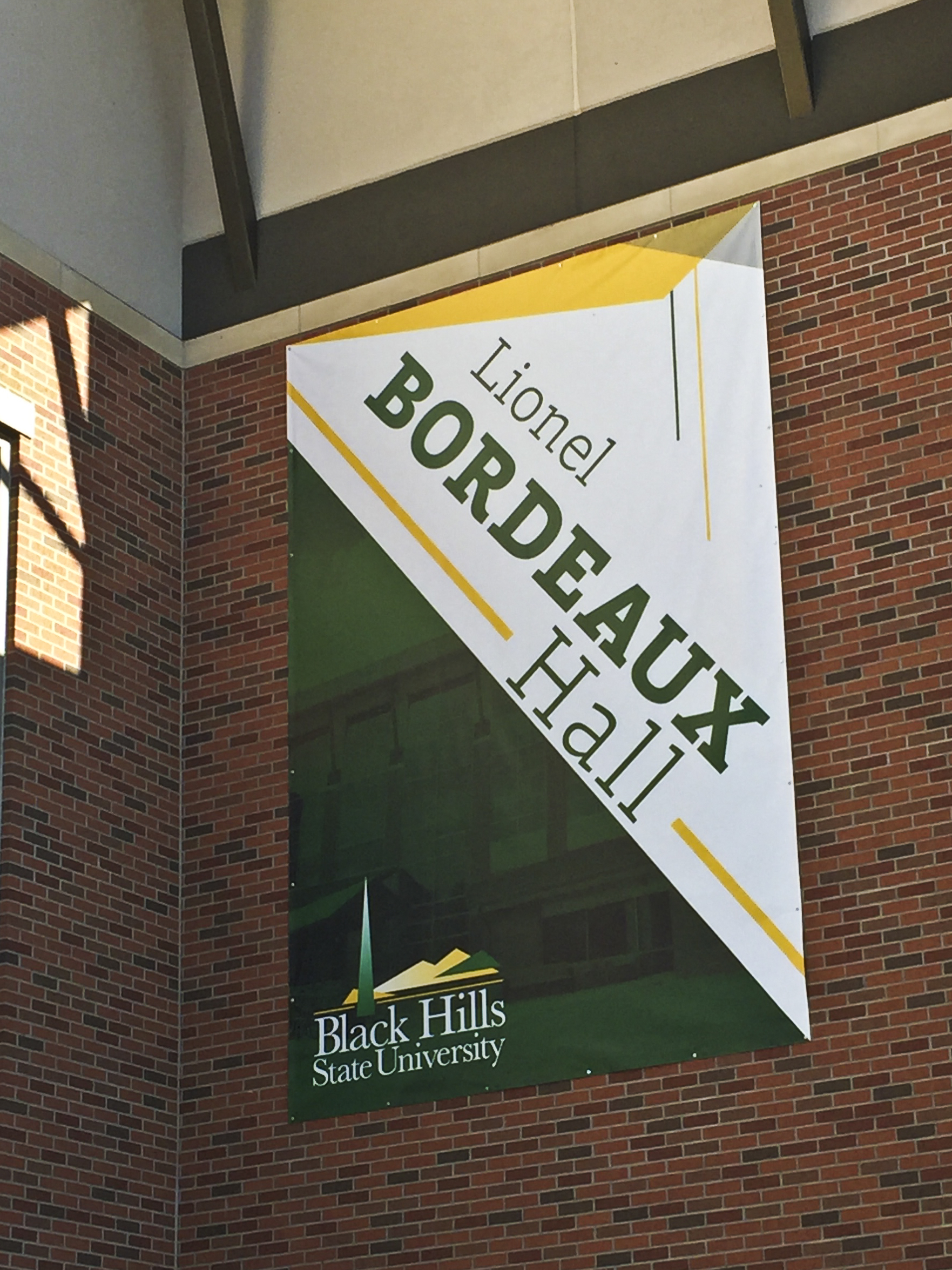 President Bordeaux has served as a councilman for the Rosebud Sioux tribal government; chair for the tribal education committee and education board; board member of the South Dakota State Education and Planning Commission; regent of the Haskell Indian Junior College in Lawrence, Kansas; and president of both the American Indian Higher Education Consortium and the National Indian Education Association.

Among his many honors, President Bordeaux is a member of the South Dakota Hall of Fame and served as chair of the White House Advisory Board on Tribal Colleges and Universities.

President Bordeaux attributes the success of SGU and his long tenure as president to the spirituality of the medicine men who provide prayer and ceremony to the community the university serves and to the tribal nation the university represents.