The Coca-Cola First Generation Scholarship was established for students who are the first in their families to attend college. The scholarships are renewable throughout the students’ tribal college careers if students maintain at least a 3.0 grade point average and show strong participation in campus and community life. 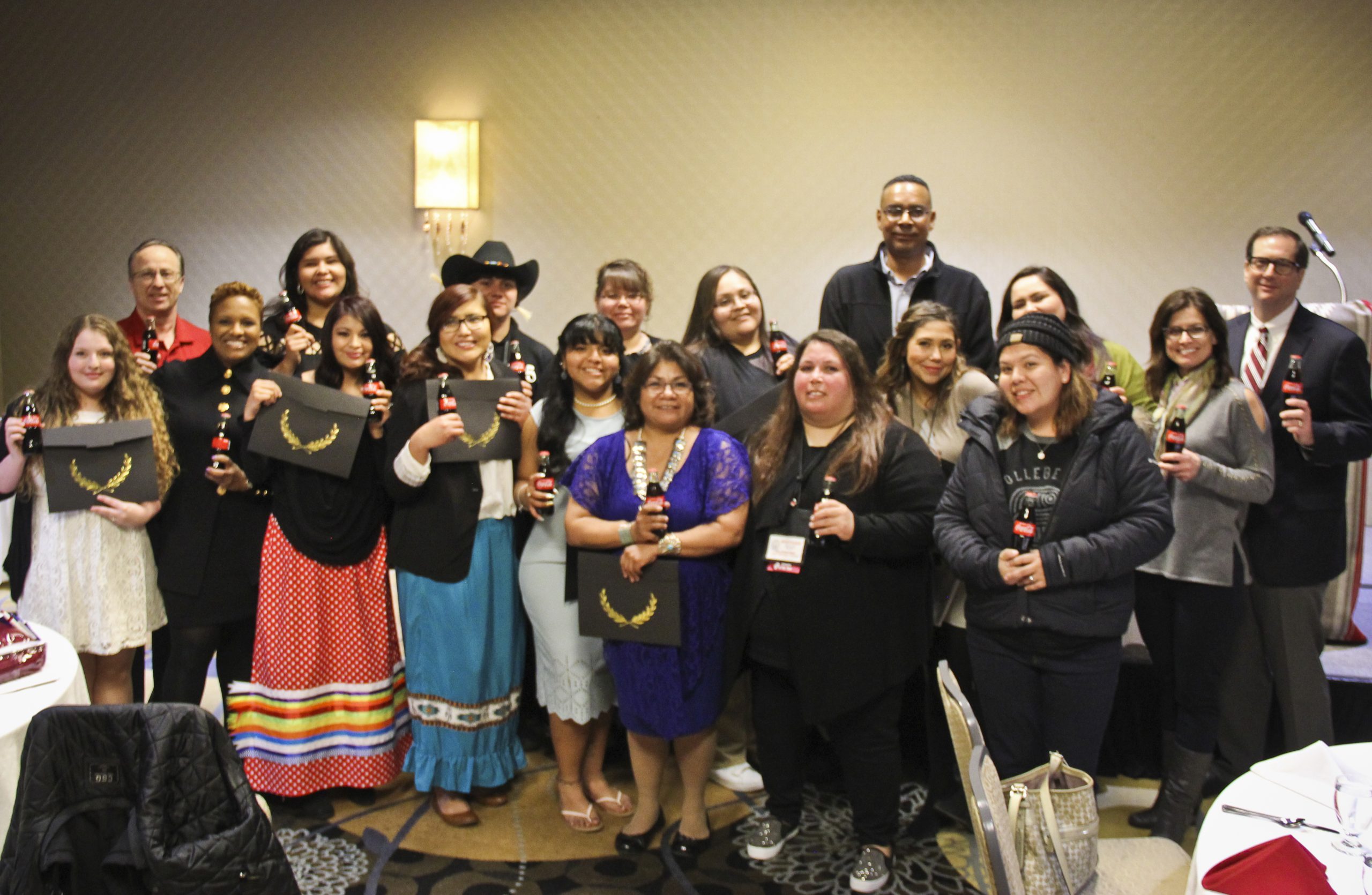 Some of the Coca-Cola Scholars pose for a group photo.

The following tribal college and university students were honored at the banquet for the 2017-18 academic year: