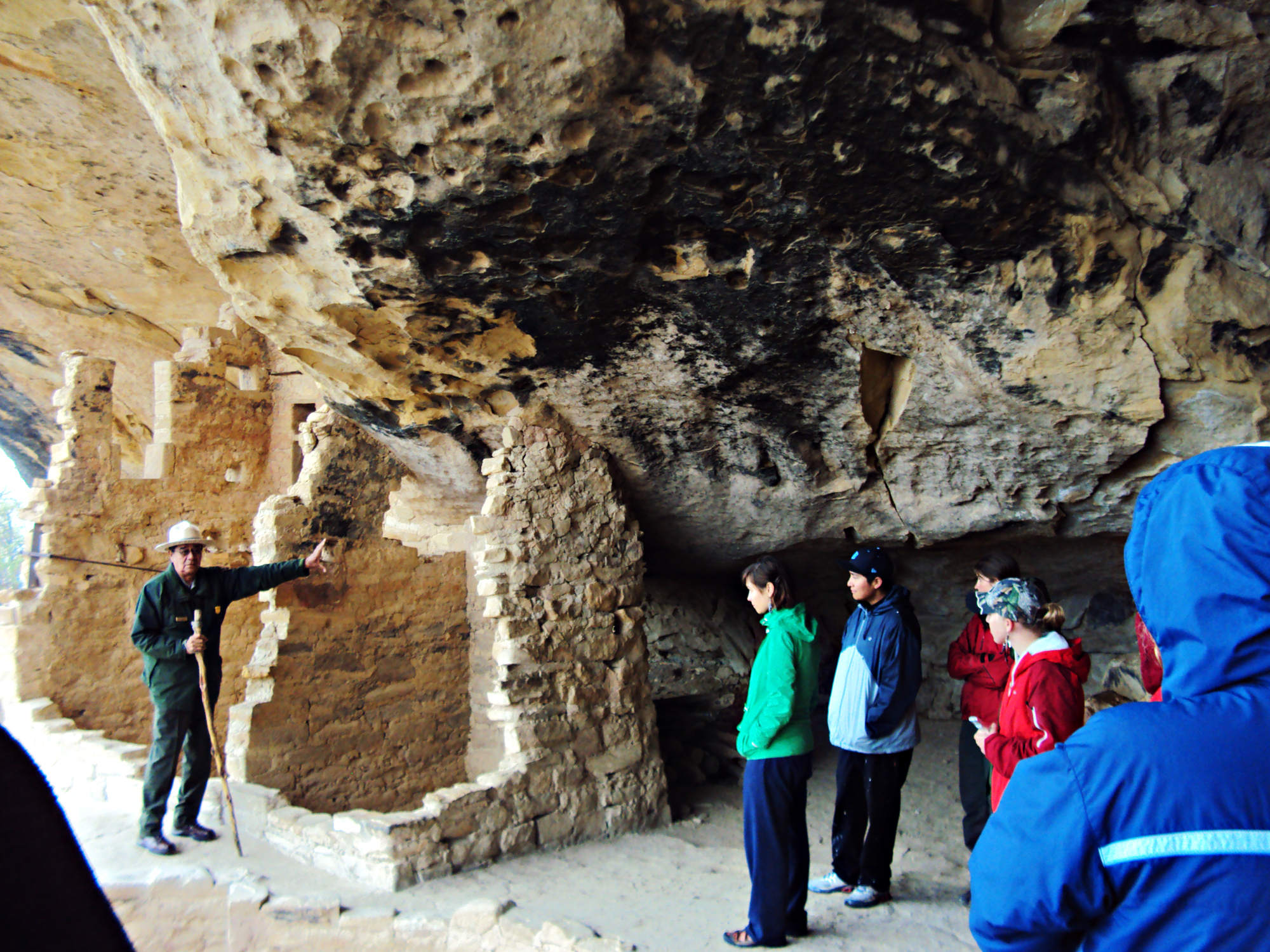 This the tenth and final entry from the summer series of blog entries by our scholar Deanna, who is writing about her internship experience at Mesa Verde National Park. We are thankful for her sharing her perspective and wish her only the best at Ft. Lewis College and in the Embrey Native Women’s Leadership Program.

One of the areas of the National Park Service that intrigues me is interpretation. Interpretation is the work of the park rangers that give tours of the cliff dwellings. The training for interpretation interns included a two-week-long training before they were permitted to begin their work. I was fortunate enough to attend one day of their training.

My mentor arranged for me to sit in on a training session where the interns would be learning about cultural sensitivity and NAGPRA compliance. The cultural sensitivity portion was presented by two Native men, one Hopi and the other from San Juan Pueblo.  The two subjects complimented each other because the underlying theme of their presentation was respect. For cultural sensitivity, the men tried to communicate how each of tribes, although similar, are separate entities that adhere to their own rules.  It reminded me of my Native American and Indigenous Studies class when we had to discuss the “Indian Standard,” the notion that even though tribes are similar we are not just one big tribe of North America, and customs differ. 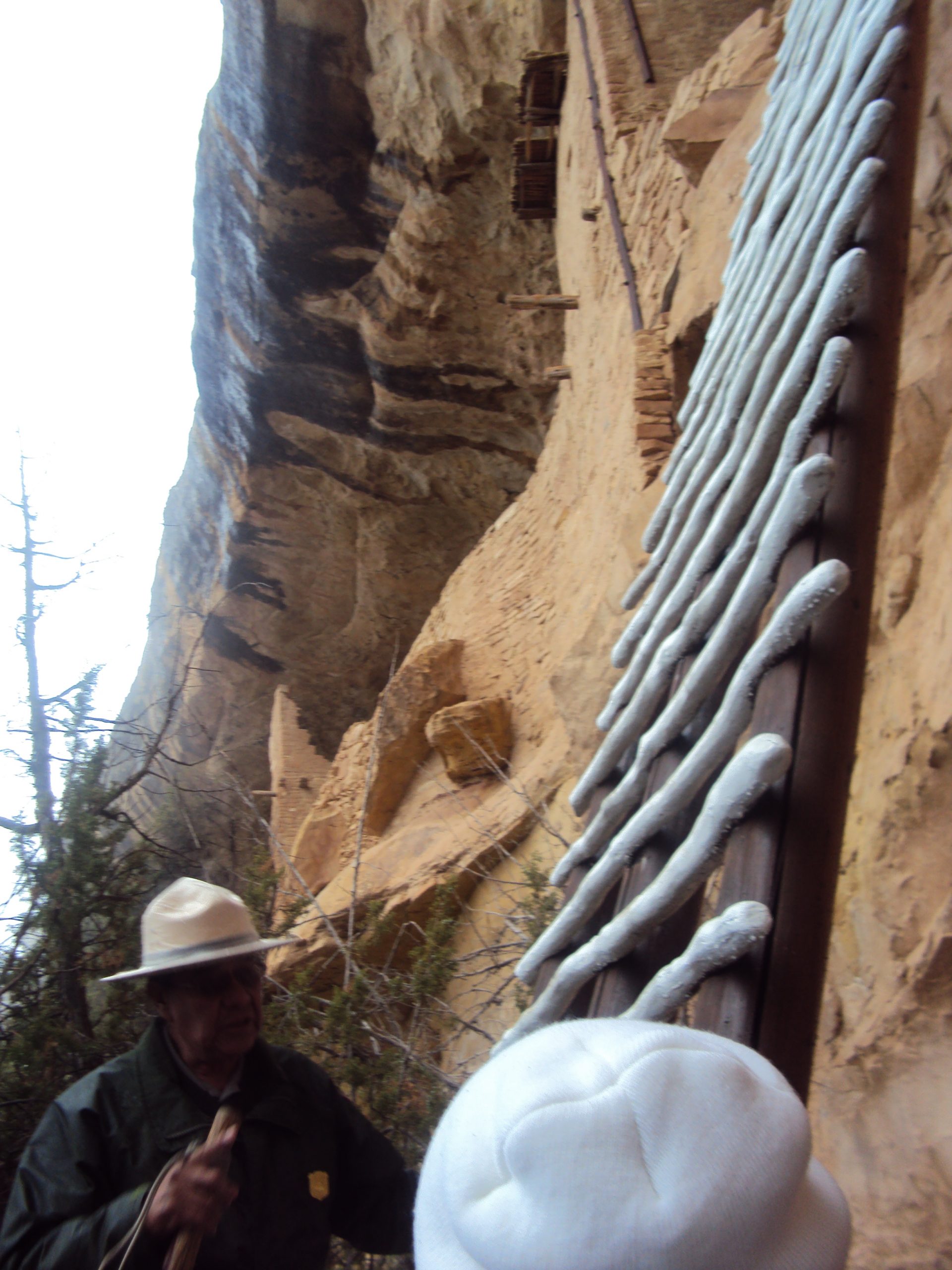 My favorite part of the cultural sensitivity training came about during the question session. The point that was so eloquently made, which I believe was the greatest thing for these future interpreters to learn, is that we’re not part of any tribal community. Not everyone in the tribe looks at their culture in the same way as everyone else does. Think of it like this: As a Christian of any denomination you don’t interpret the Bible or theology in the same exact way as the person next to you.

I thought that being an “interp ranger” would be easy, but after seeing how much goes into one tour, I thought differently. The trainer stressed how important the job actually is. The work is directly related to the retaining public interest and educating the public. They have to be able to remember the facts, maintain a schedule, stay on time, be ready for transition, carry the responsibility for the safety of the visitors, and so much more.

After the training session, interns were taken to the cliff dwellings to see how the pros did their work. The day marked my first visit to a cliff dwelling. I couldn’t have been more excited despite that fact that it was a gloomy and rainy afternoon with some heavy spurts of snow. We began the short journey to Balcony House.

Our guided tour was being given by Fort Lewis College alumnus Clyde Benally. He was very influential in the Native community at the college, so much that he is regarded as “The Father of Hozhoni Days,” an annual powwow and pageant that began in the 60s and is still held every year. Mr. Benally was a very enthusiastic tour guide and expertly found ways to interact the visitors in the experience. 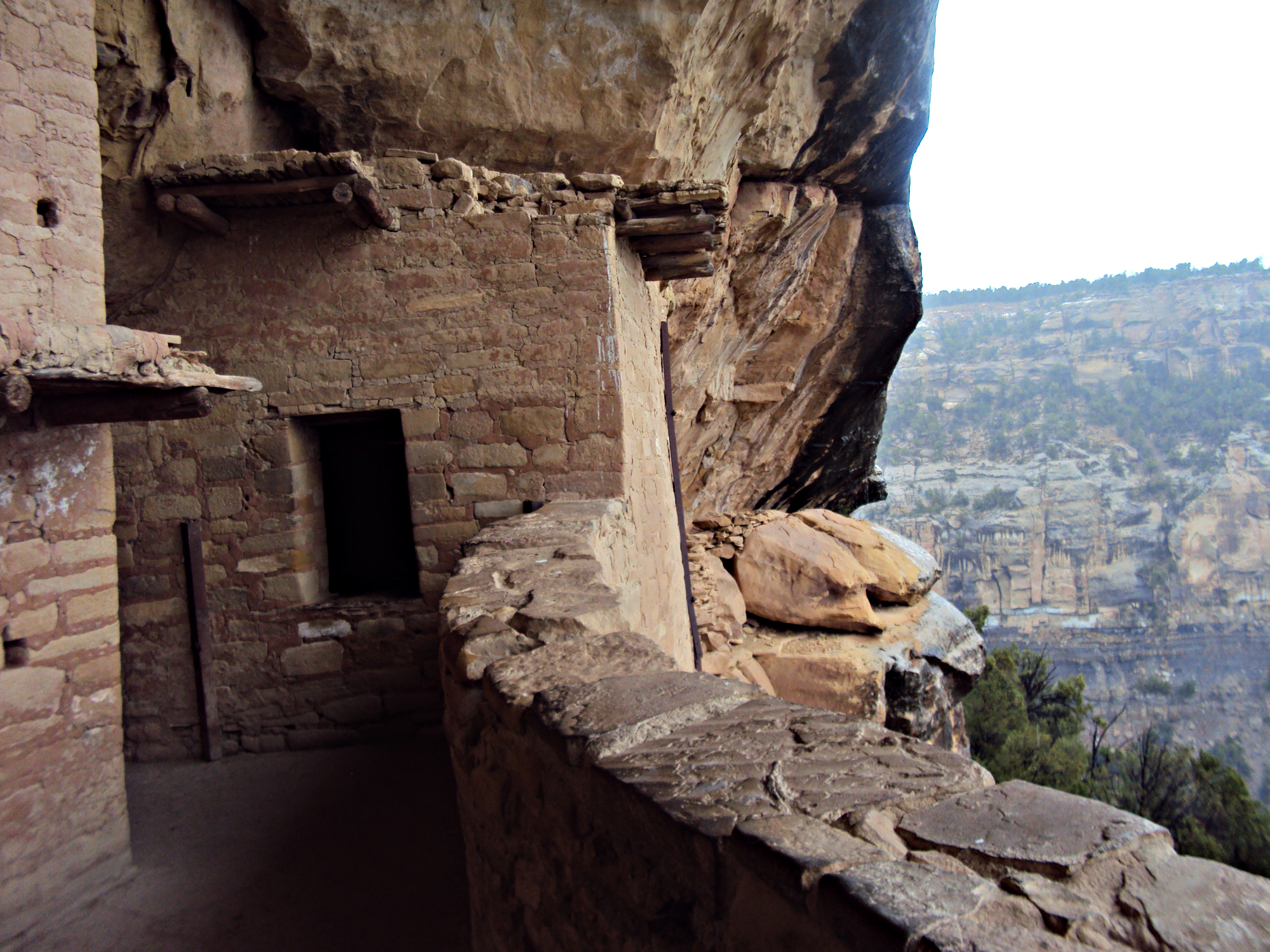 Before we were led down toward the site, Clyde gathered the crowd at a spot that we could see off into the canyon. All of the people in attendance were focused on studying his interpretation technique. He asked us to close our eyes and to imagine a world opposite of our own, in which everything we needed our wanted had to be made from the resources surrounding us. Clyde asked us to open our eyes and locate resources to make clothes or eat. Looking around at this high desert, I’m pretty sure I would have starved and been naked.

The walk down to Balcony House was a steep black walkway that looked slick with rain. I’m not afraid of heights, but I was freaking myself out on the way down that I was going to slip on the path and slide down the side of the cliff.  Then there was that 20-foot ladder to look forward to sliding off of. But I wasn’t going to miss the tour. After I climbed the ladder that led to the house, I realized that I would have been a giant in this community. All of the passageways were short and narrow. 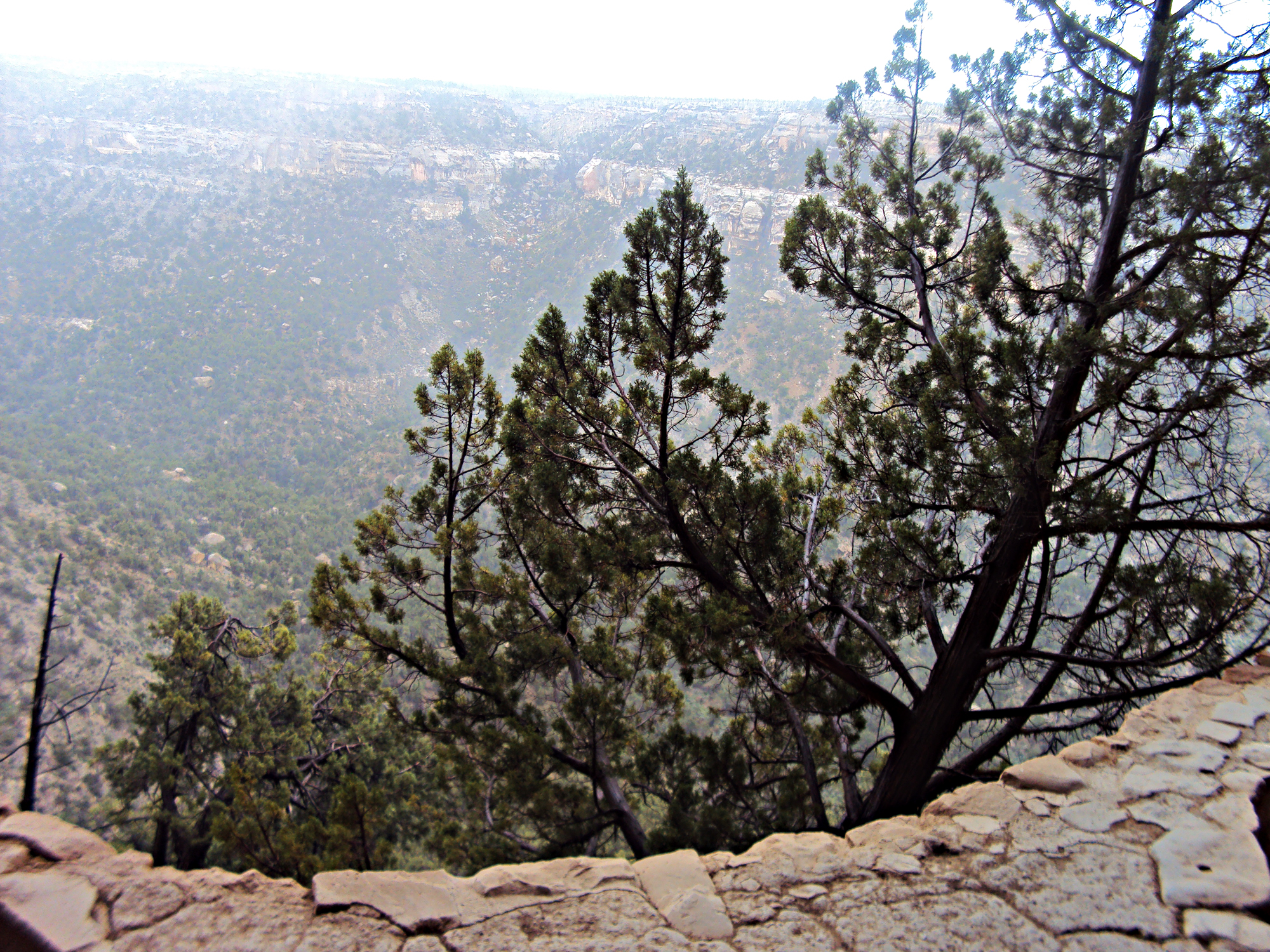 Once I stepped into the plaza area I beheld the beautiful view before me. The entire canyon was shrouded in a mist that made the whole landscape seem serene. Most visitors come to the park during the hottest time of the year. A cliff dwelling in the summer has a feeling of movement as you imagine the people working, dancing, and living. Seeing it like this was made everything seemed slow and calm, like the world was at rest.

I couldn’t have asked for a better first tour. 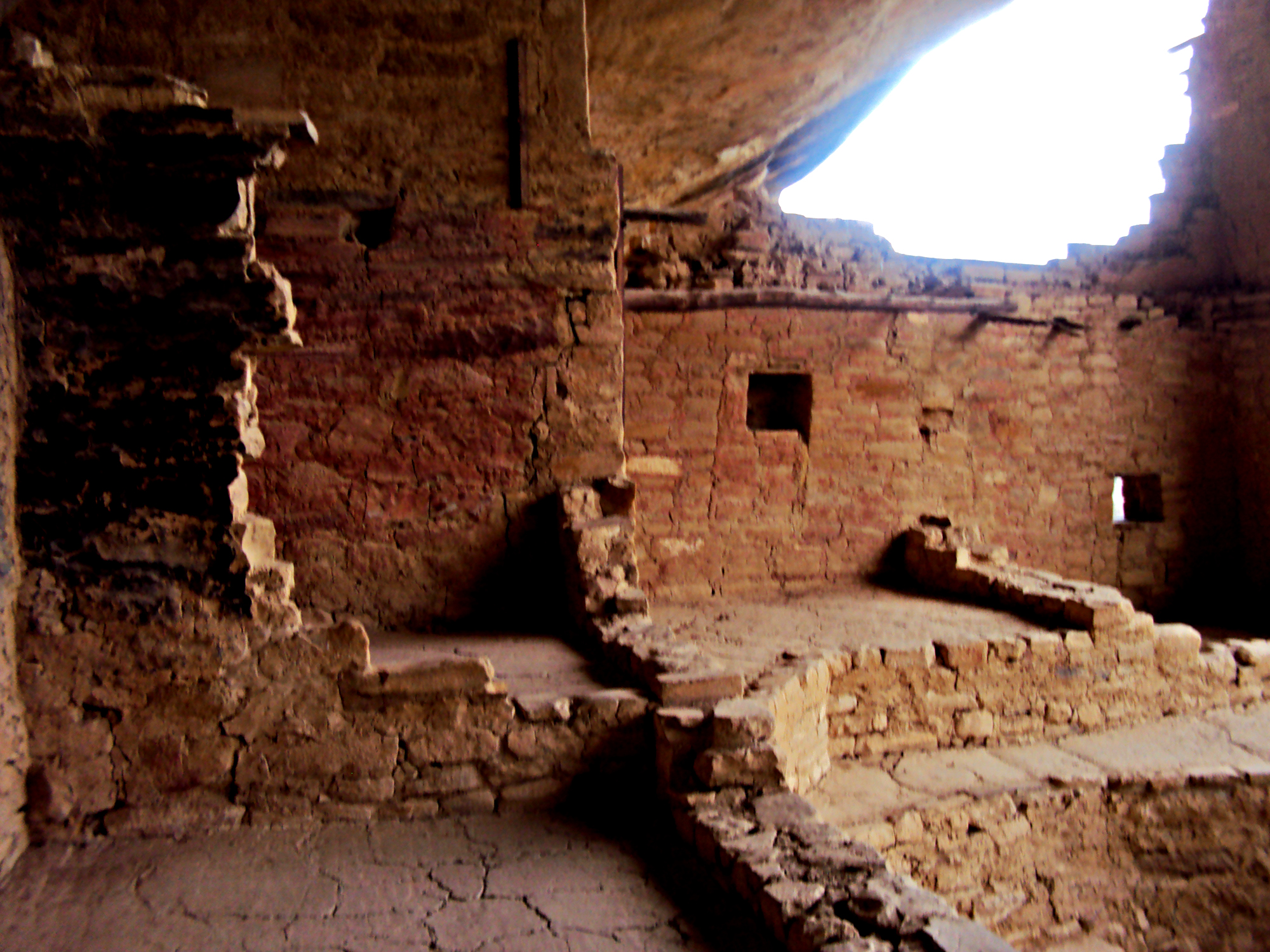