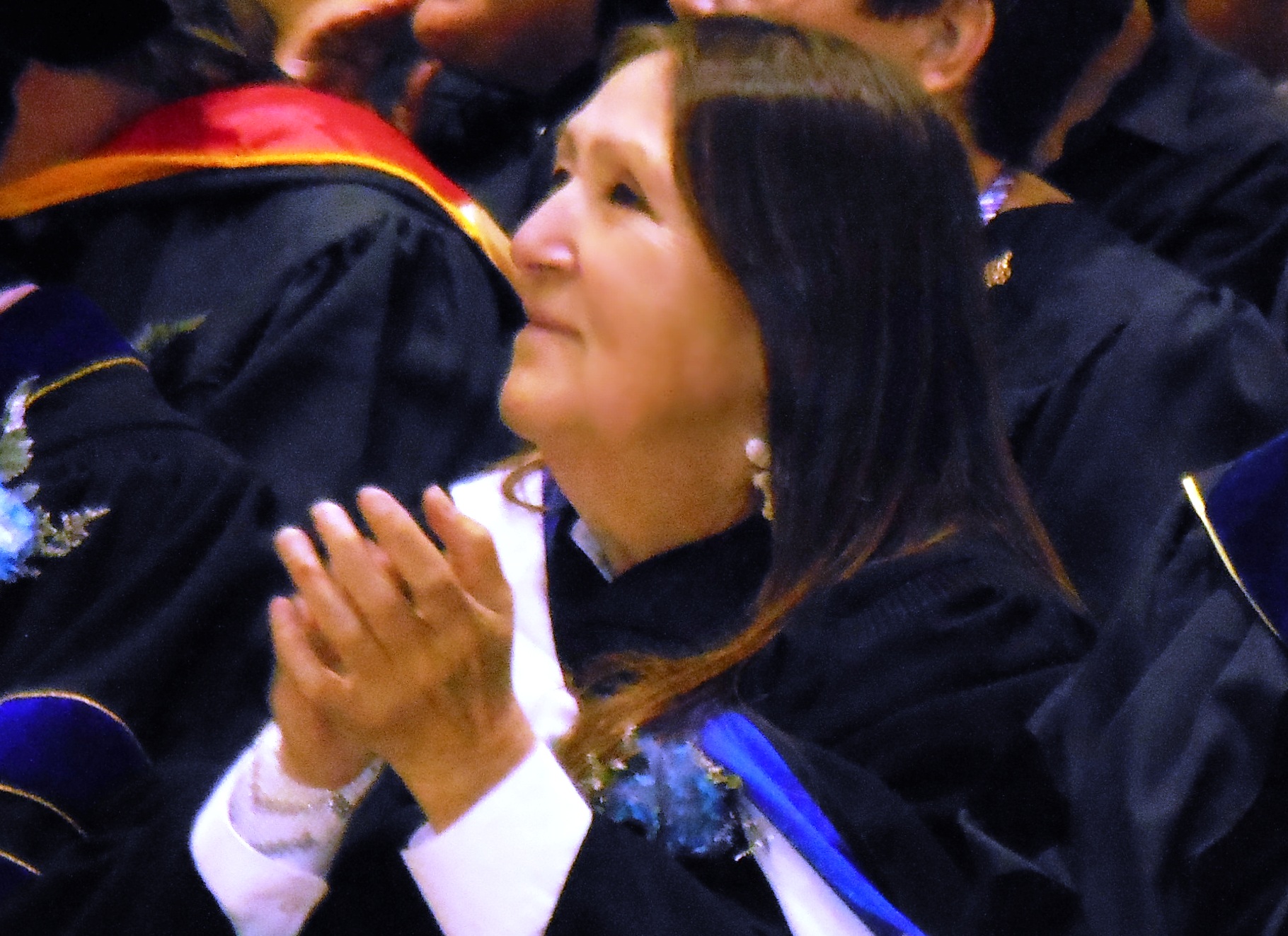 August 16, 2013
Alyce Spotted Bear was a fearless leader and heart of the Mandan, Hidatsa and Arikara Nations. We are saddened by her loss and are grateful for the impact she made on the tribal college movement and American Indian Education.

In a statement released by Fort Berthold Community College (FBCC), President Russell Mason, Jr. wrote to inform us on passing of Vice President Alyce Spotted Bear. “The college is mourning the loss of a fellow colleague, mentor, and dear friend. Alyce served as the Vice President of the FBCC Native Studies Department, and was the catalyst in establishing our two-year and four-year degree programs in Native Studies,” he said. “Not only is this a profound loss for our institution, but a great loss for our Tribe and Indian Country as a whole.”

Spotted Bear was a staunch supporter of Indian education and instrumental in developing the Native Studies bachelor’s degree that was accredited under Woksape Oyate grant from Lilly Endowment to build intellectual capacity at tribal colleges. She was also the lead of the project at FBCC.

According to the release, Alyce was one of two female tribal members to be elected as chairwoman of the Mandan, Hidatsa, and Arikara, and one of the pioneering American Indian women tribal leaders in the entire Great Plains.

President Obama appointed her in 2010 to serve on the National Advisory Council on Indian Education. She was instrumental in advancing policy recommendations to both the White House and Congress on the need to advance culturally based education and support for Native language immersion schools.

In 2012 Spotted Bear stated, “Intellectual capital is the intangible assets that help contribute to the growth of our tribal college. The knowledge and capabilities of our faculty and staff make us rich in intellectual capital. When our students gain knowledge and degrees, they prepare to take their place in society, work among our people, and carry the essential knowledge or ‘wisdom of the people.’”

In respect and remembrance, Fort Berthold Community College will be closed Monday, August 19, 2013.