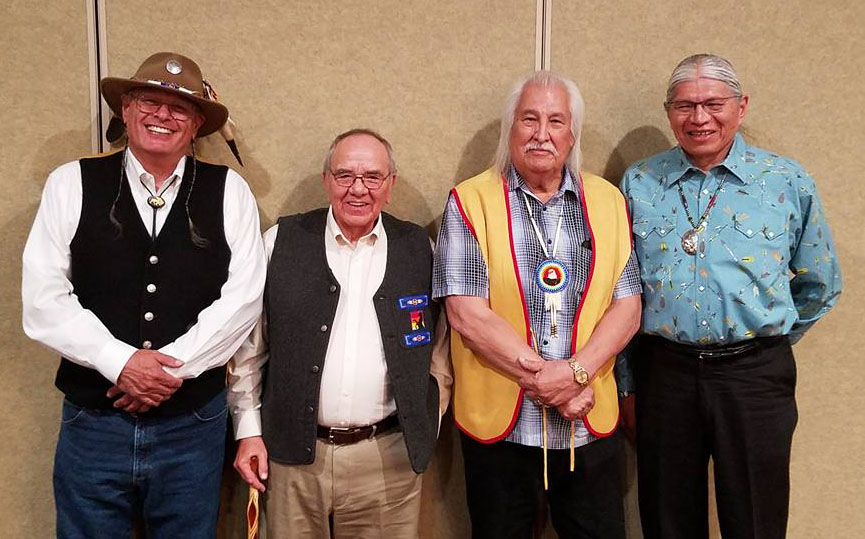 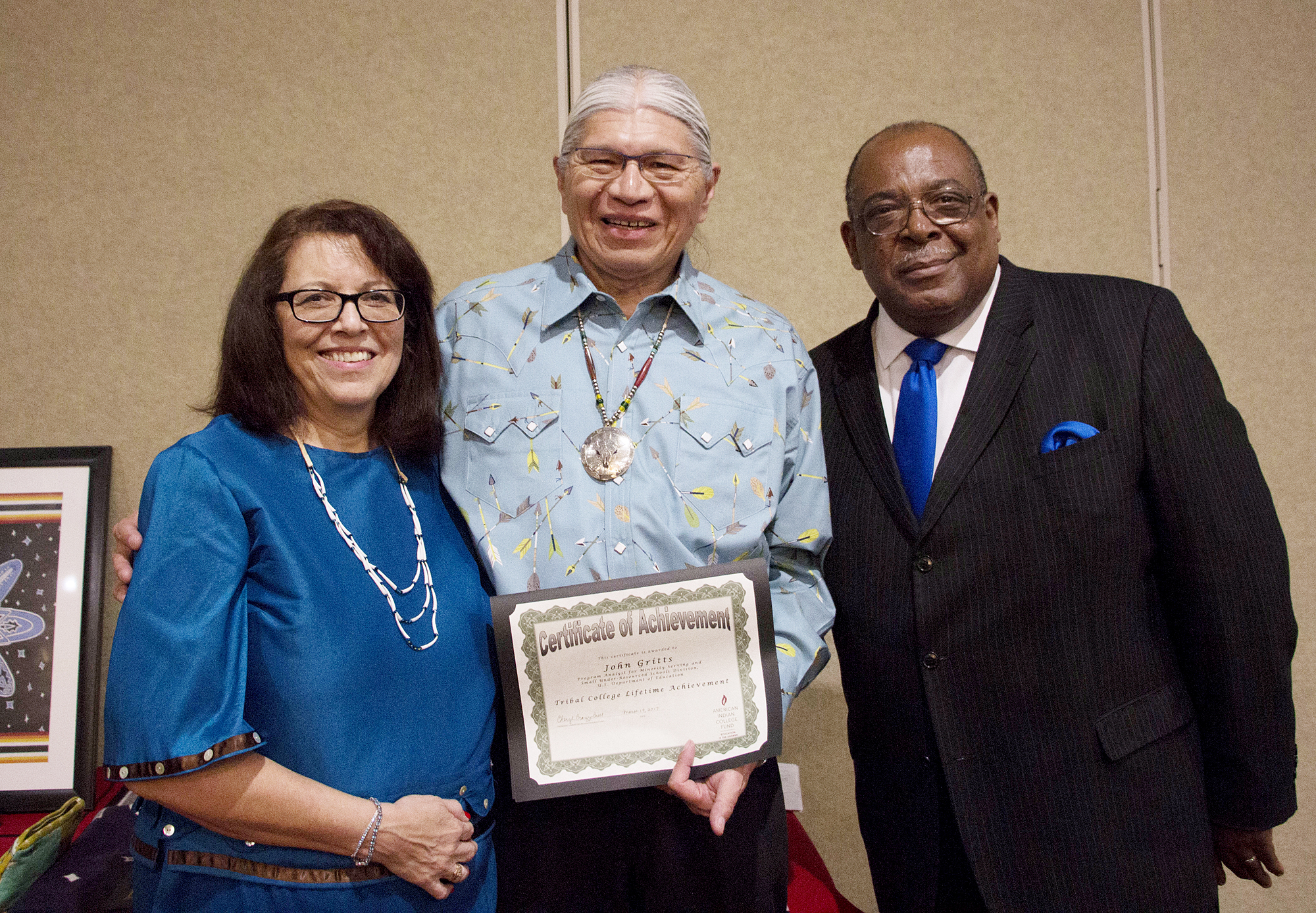 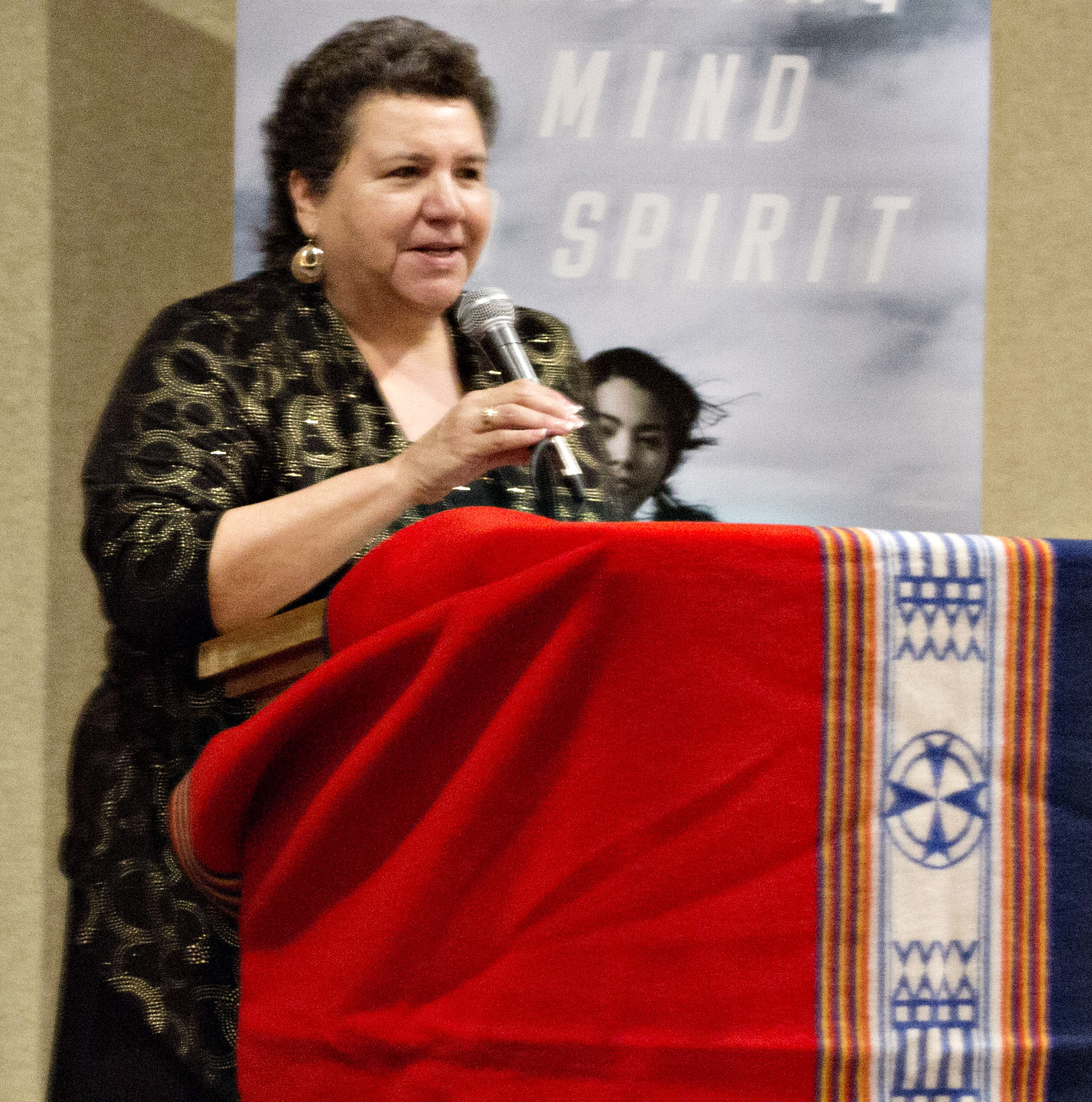 Dr. Laurel Vermillion, President of Sitting Bull College in Fort Yates, North Dakota and a member of the Standing Rock Sioux Nation, was named the 2017 American Indian College Fund TCU Honoree of the Year. This honor recognizes a distinguished individual who has made a positive and lasting impact on the tribal college movement. Dr. Vermillion was chosen for her leadership in expanding opportunities in workforce education, business, and environmental science through developing an exemplary relationship with the Standing Rock Sioux Tribe, allowing Sitting Bull College to lead and collaborate with all educational entities on the reservation, in addition to her support of Lakota language education within her community and throughout the Lakota Nation.

In addition John Gritts, management and program analyst, Federal Student Aid department, U.S. Department of Education, was awarded the American Indian College Fund’s first Lifetime Achievement Award in recognition of his ongoing service in supporting and furthering the missions of tribal colleges and universities throughout his career. Gritts said, “When I learned about the award, I was totally shocked. When you work, doing your job, you are not looking for these things. When you learn about tribal colleges and universities, you can always be an advocate.”

In honor of their service, President Vermillion and John Gritts were each wrapped with a Pendleton blanket and presented with a $1,200 honorarium provided by the Adolph Coors Foundation. Mr. Gritts’s honorarium is being donated in memory of his son, Trevour Joe Gritts, to the Salish Kootenai College Foundation.

The following students were named 2016-2017 students of the year by their tribal colleges and the American Indian College Fund. They each received a $1,200 scholarship from the Adolph Coors Foundation.