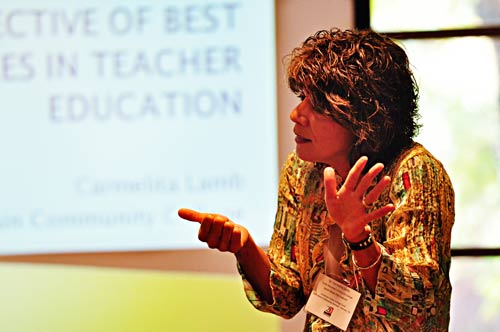 The Alfred P. Sloan Foundation has announced it is granting $300,000 over the next three years to the American Indian College Fund (the Fund) for expansion of the Sloan STEM Leadership Fellowship Program. The purpose of the grant is to provide funding to tribal college faculty currently pursuing master’s or doctoral degrees in science, technology, engineering, and mathematics (STEM) in order to enhance the educational atmosphere at the tribal colleges.

The Fund will award two fellowships per year over the course of the three-year period for a total of six fellowships.

Richard B. Williams, American Indian College Fund President and CEO, said, “The Alfred P. Sloan Foundation’s renewed commitment to Native success in the STEM fields and well-educated faculty at our tribal colleges is vital for the development of Indian Country and the United States as a whole. As we seek as a nation to become more competitive, it is imperative that our youth are educated in these fields. This generous gift from the Alfred P. Sloan Foundation will help us achieve this goal while also creating hope in American Indian communities.”

“Completion of a graduate degree is a key step in faculty development,” said Alfred P. Sloan Foundation Program Director Elizabeth S. Boylan. “The Foundation is excited to partner with the American Indian College Fund in its important efforts to support promising STEM faculty at tribal colleges, efforts that will, in turn, provide benefits to both the faculty and their students.”