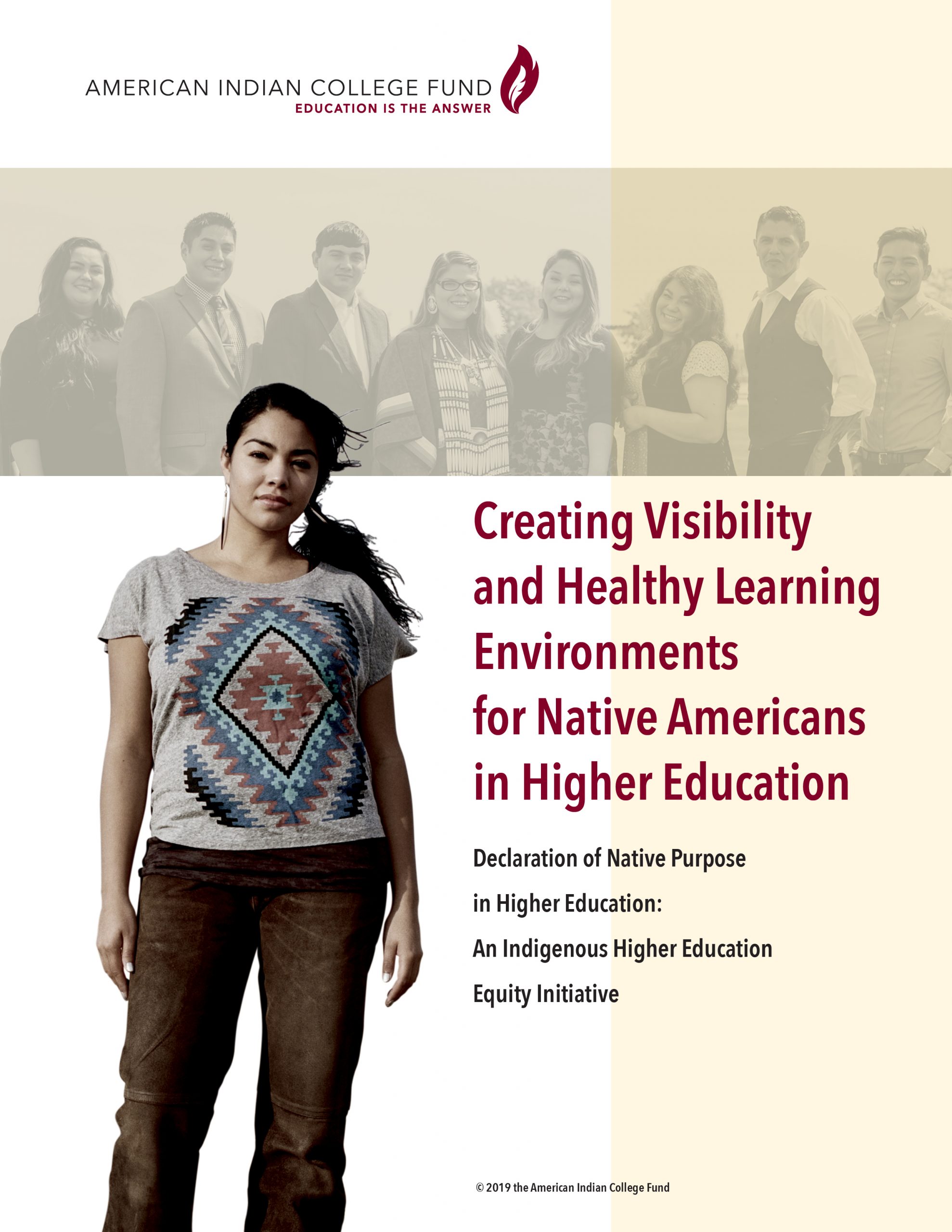 When I first started in my position as President of the American Indian College Fund in 2012, an international indigenous movement, called “Invisible No More,” had just launched. Six years later, in 2018, a research project investigating national public opinion about how non-Natives perceive Native peoples (Reclaiming Native Truth, First Nations Development Institute & Echo Hawk Consulting, 2018) revealed that most people believe the Native population is declining and do not think about Native people much, if at all. Reclaiming Native Truth proved what most Native Americans experience: Native people are misrepresented if they are even mentioned.

There is also the converse side to invisibility: When Native people are seen, it is not always in a supportive or positive light. Last spring two teenagers were stopped on a campus tour of Colorado State University when a white mother called the police because of their quiet demeanor and the color of their skin.

The American Indian College Fund knew that it isn’t enough to provide Native students with access to a higher education. We decided to use our expertise and to work with allies to make college campuses safer and more welcoming while raising the visibility of Native American students.

With the cooperation of the leadership at Colorado State University, the College Fund hosted the Indigenous Higher Education Equity Initiative (IHEEI), on August 29-30, 2018. Leadership from the College Fund, TCUs, mainstream colleges and universities, non-profit organizations, foundations, institutes, and associations, along with Native college students, met in Denver, Colorado to create a plan to increase visibility and promote college access and success for Native Americans.

If you prefer to receive a printed copy, please contact us at [email protected] for your copy.