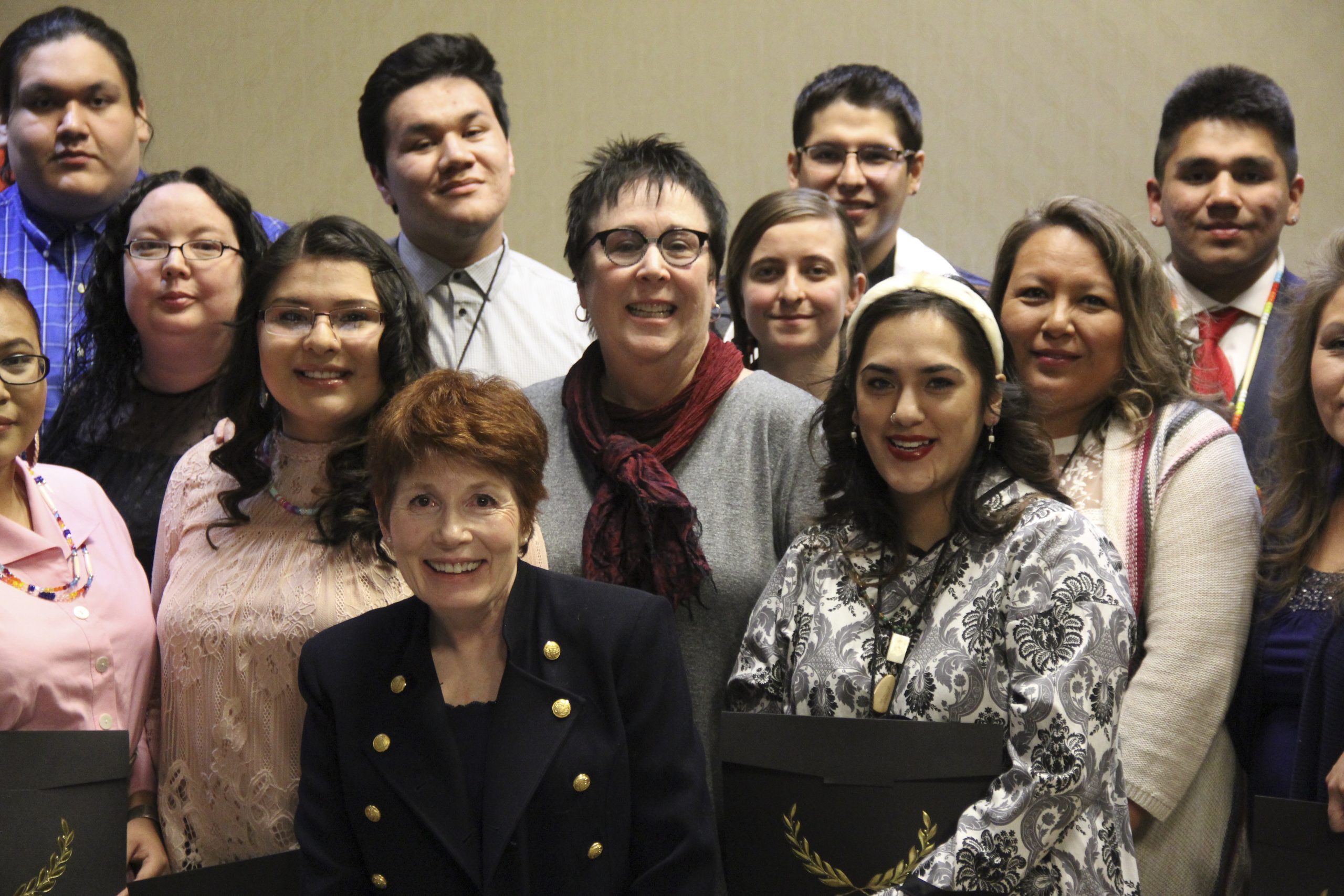 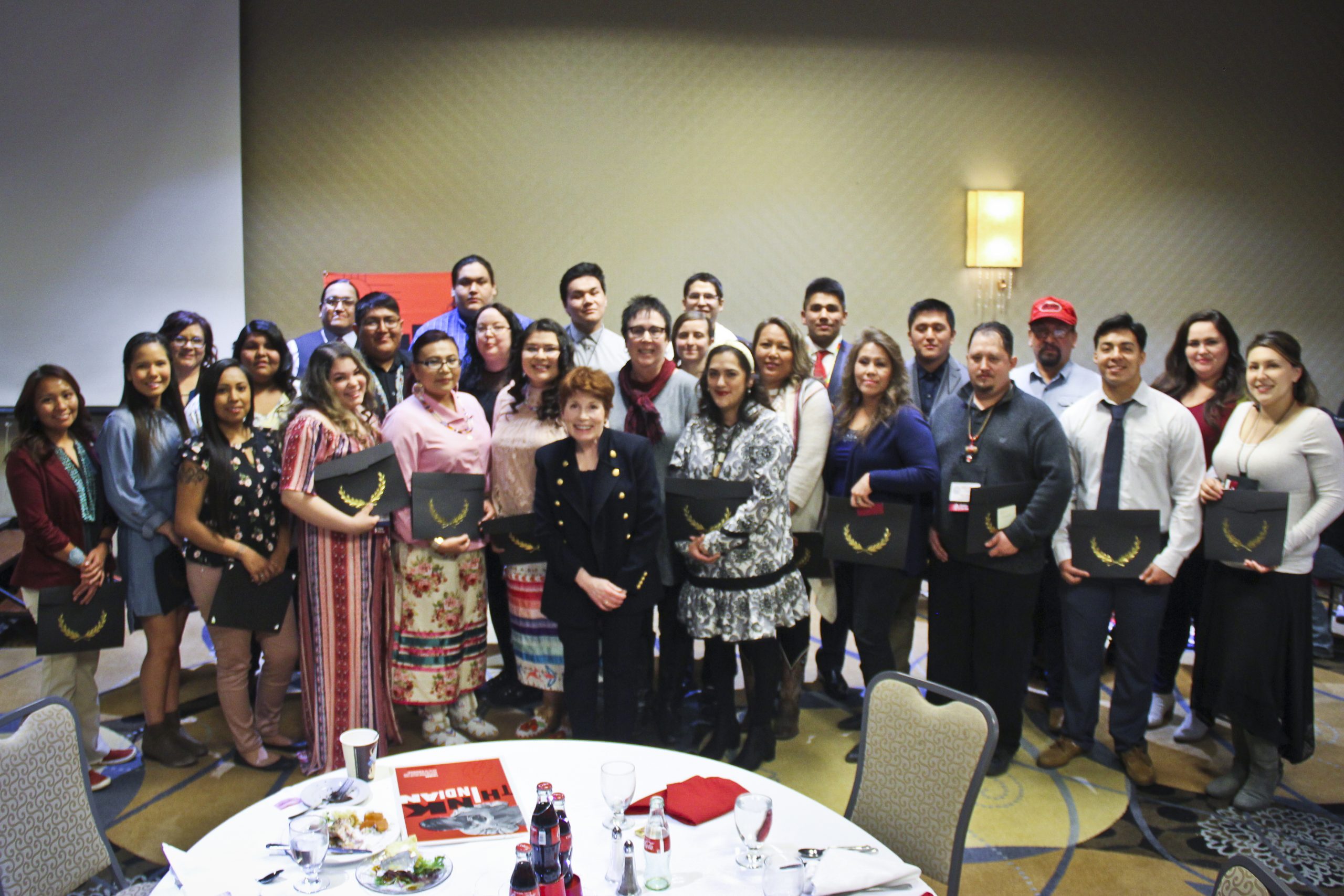 Students of the Year pose for a group photo.

Lindquist says she never set out to be a college president. “College was a dream for me as a high school kid. I was the oldest of 13 kids, and there was no money for college,” she says.

But thanks to her parents and both sets of grandparents raising her with a strong work ethic, college is exactly where she landed.

After graduating from high school Lindquist went to work for Sioux Manufacturing Corporation (SMC) as a secretary clerk in Ft. Totten. When the company was established, it was managed by white men from the Brunswick Corporation. But her tribe, the Spirit Lake Dakota, set the goal to train tribal members to become leaders in the company. She saw an opportunity for a higher education. 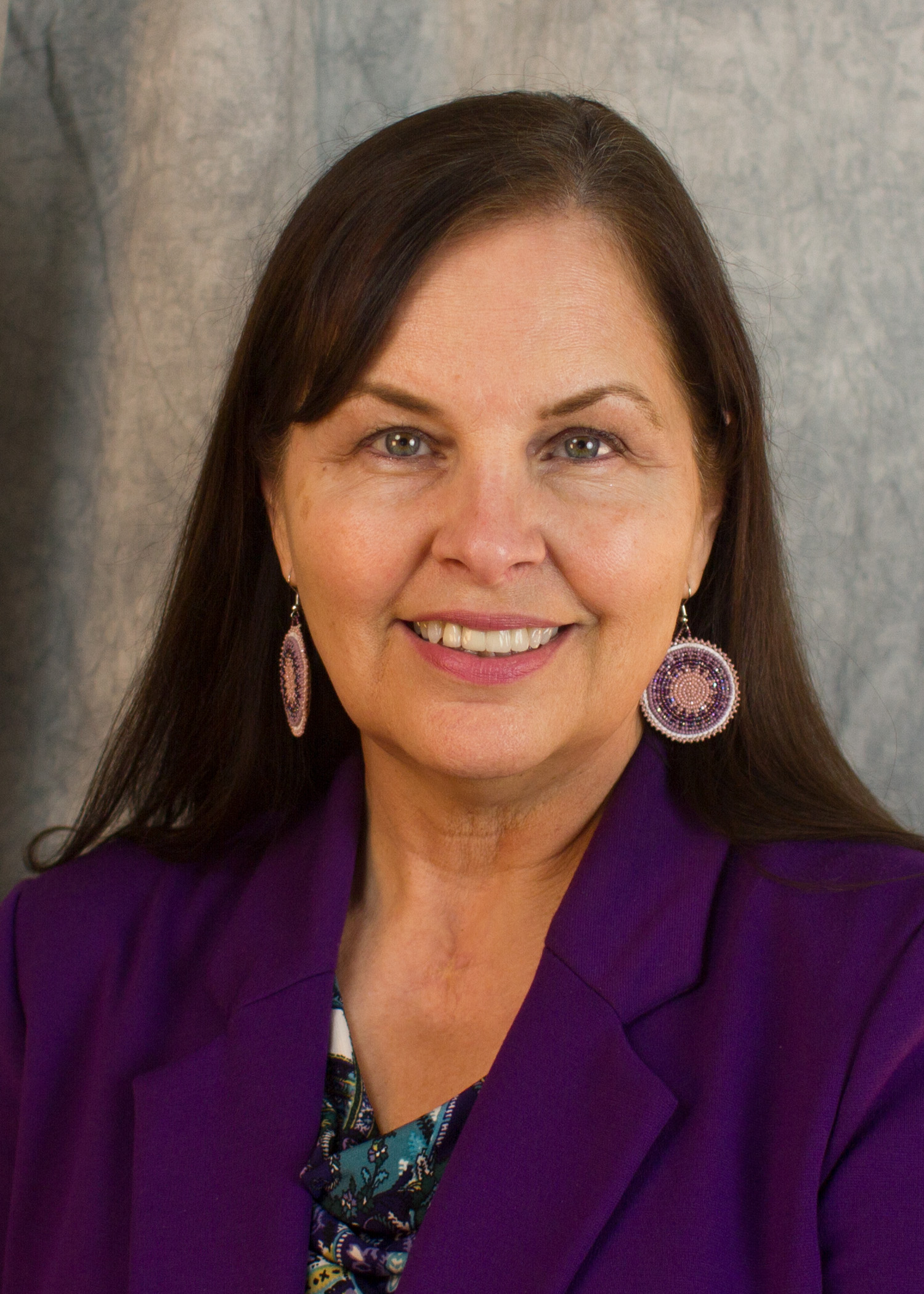 “It was really intense. We got stuck in blizzards, you name it.” But she found that the opportunity for interacting with other Natives in the program were better this time: 15 of the 30 people in the program were Native, including Lynn Davis, the wife of Carty Monette, the former founding president of Turtle Mountain Community College.

During the time Lindquist was studying community medicine and rural health at Grand Forks working to establish an Indian health pathway to medical school, she was recruited by two tribal elders to apply for the position of president at Cankdeska Cikana Community College in her home community.

The 34 students named as Students of the Year are a testament to the hard work of the tribal college presidents as well as their individual commitments to education. The scholars honored include: