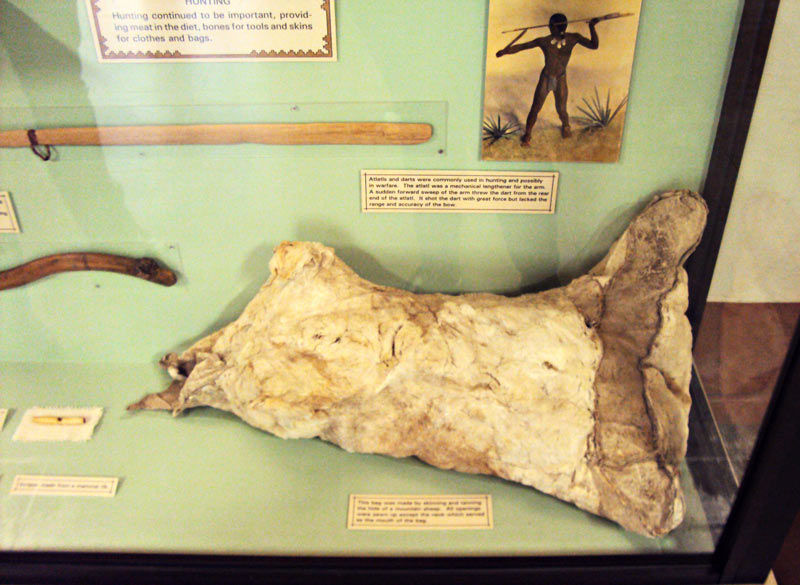 As some of you know from visiting museums, not everything that is displayed on exhibit is owned by that particular museum. It is common practice for museums to loan items out to other institutions. For example, I recently visited the new Southern Ute Cultural Center in Ignacio, Colorado, and on display was an intricate piece of clothing of Southern Ute origin on loan from the Smithsonian. The information card even specified the length of time that article would be loaned to the Cultural Center.

One of my projects was dealing with a loan from the American Museum of Natural History (AMNH). From our records we saw that AMNH had given Basketmaker (a term used to describe a period in history where people made, you guessed it, baskets) items to Mesa Verde sometime in the 1930s. All this time passed and they never asked for the loan back, so the park kept the items. However, after NAGPRA passed and the park began searching their collections for items that fell under the new law, they realized these loan items also qualified. A letter was sent to AMNH about the status of their loan items and inquired if they would like their items returned. At this time in NAGPRA history there was a lack of wording regarding what process to follow with items that were determined culturally unidentifiable. As a result, the American Museum of Natural History asked Mesa Verde to maintain the items until such specifications were made.

In May of 2010 such regulations were passed concerning culturally unidentifiable items and the manner of which to process or repatriate them. A year passed and no word came from AMNH regarding the loan. My mentor believed that it was time to contact them and let them know of the recent clarification to the law so they could determine what they would like to do.

My fellow intern and I drafted a letter informing the museum of the recent addition to the law and awaited input from our mentor. After the letter was drafted we went through the old loan files, which showed a description and sketch of each item that was sent here in the 1930s. One of the most interesting items can be found in display in the Chapin Museum. It is a bag made entirely out of a sheep’s body. The form of the animal can still be recognized. The bag is still very complete and well-preserved. NAGPRA does not apply to it.

We completed the letter to the AMNH and our mentor approved it, and we now anticipate the signature from the Superintendent of the park, Mr. Cliff Spencer.