On January 17 the nation honors Dr. Martin Luther King, Jr. and his life’s work and contributions to civil rights in America. This year the commemoration is particularly poignant for Indian Country as we also mark the loss of Clyde Bellecourt, the last remaining founder of the Native American activist and civil rights group, the American Indian Movement (AIM). Bellecourt, known by his Ojibwe name, Nee-gon-we-way-we-dun, Thunder Before the Storm, passed of cancer at the age of 85 on Tuesday, January 11. He co-founded AIM in 1968 to help advocate for tribal sovereignty and self-determination, better housing, and better opportunities for Native Americans in Minnesota and across the U.S. 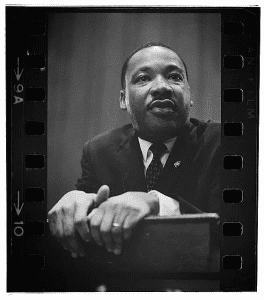 The Civil Rights Era gave rise to leaders like Dr. King and Nee-gon-we-way-we-dun, who helped our nation fully consider what needed to be done to guarantee equality for people of all races, ethnicities, color, and gender so that they could enjoy the rights and privileges of a truly democratic nation. The Civil Rights Era also gave birth to the tribal college and university system, whose founders understood that education was the necessary foundation to engaged citizenship and strong leadership in Native communities. It is not a coincidence that the tribally controlled movement launched as Indigenous people became more intentional about restoring Native rights and preserving Native identity. We know that education is a tool of socialization and who we are as Indigenous people is affected not only by the education provided within our families and communities, but also by the education from formal systems like schools and colleges. To be fully ourselves as Indigenous people, we need to be fully engaged and represented in education. 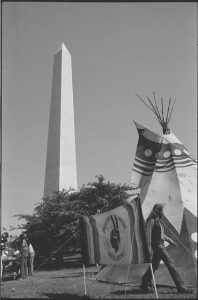 Today, as we at the American Indian College Fund reflect on the past 54 years of work and progress we have made as a nation, I know our work is not done. Last year we saw a move towards national acknowledgment of the continued racial inequity that has ignored, rewritten, or deleted Native contributions from history since 1492. Despite this, Indigenous people and cultures continue to remain largely out of sight and out of mind. They were undercounted in the U.S. Census, were undertreated during the Covid-19 pandemic, and less than half of Native peoples have a college degree compared to other groups. In short, systemic barriers to equality still exist.

Our work at the College Fund is needed more than ever to educate the next generation of Native people to assume the mantle of leadership for Indigenous communities. Through education and training, we know our remarkable youth are committed to community, stewardship of the land, and the intellectual and spiritual nurturing and growth of generations to come. Our talented scholars will be the next to help move the needle on equality—which will benefit not just Native people, but all Americans creating a more stable and productive nation for all.

We hope you will join the American Indian College Fund as it honors the remarkable lives of those who saw the need for and had the courage to fight for the civil rights of all people—as the next generations prepare to take their places in this important and demanding work.