by Deborah His Horse Is Thunder, Guest Contributor

About the Author: Deborah His Horse is Thunder has worked for the tribal colleges and universities for more than 25 years and currently serves as the American Indian Higher Education Consortium NARCH Project Director in addition to her work with individual colleges. She is Nakoda and lives on the Standing Rock Indian Reservation with her husband, Ron.

The Dakota Access Pipeline is a proposed four-state, $3.8 billion Dakota Access oil pipeline led by Energy Transfer Partners LP. The Standing Rock Sioux tribe has been joined by tribal nations and others internationally to protest its construction, arguing that the pipeline risks damaging sacred lands and leaks could despoil the tribal water supply and would desecrate ancient tribal burial grounds. Proponents of the pipeline believe it is necessary to transport U.S. oil safely and that it would create jobs. The proposed pipeline would stretch 1,170 miles from North Dakota’s oil-producing Bakken region to Patoka, Illinois.

The Standing Rock Sioux tribe successfully won delays from the Obama administration for additional environmental review. Since then President Trump signed an executive memorandum asking the Army Corps of Engineers to expedite project review for the pipeline. To proceed, the project still requires a permit to tunnel under Lake Oahe, a reservoir that is part of the Missouri River and which is the water source for the Standing Rock Sioux Reservation and the Oglala aquifer, which the largest in this country. The tribe’s land is adjacent to the proposed pipeline route (which was originally proposed 40 miles north of Bismarck, North Dakota).

A grassroots movement opposed to the pipeline, known as #NoDAPL, began in early 2016. Standing Rock Sioux elder LaDonna Brave Bull Allard established the Sacred Stones Camp on her land as a center spiritual for resistance to the pipeline. Thousands of people have joined in support and camped at Sacred Stones (or Oceti Sakowin Camp) or the Sicangu Lakota Camp (Sicangu Oyate Camp). 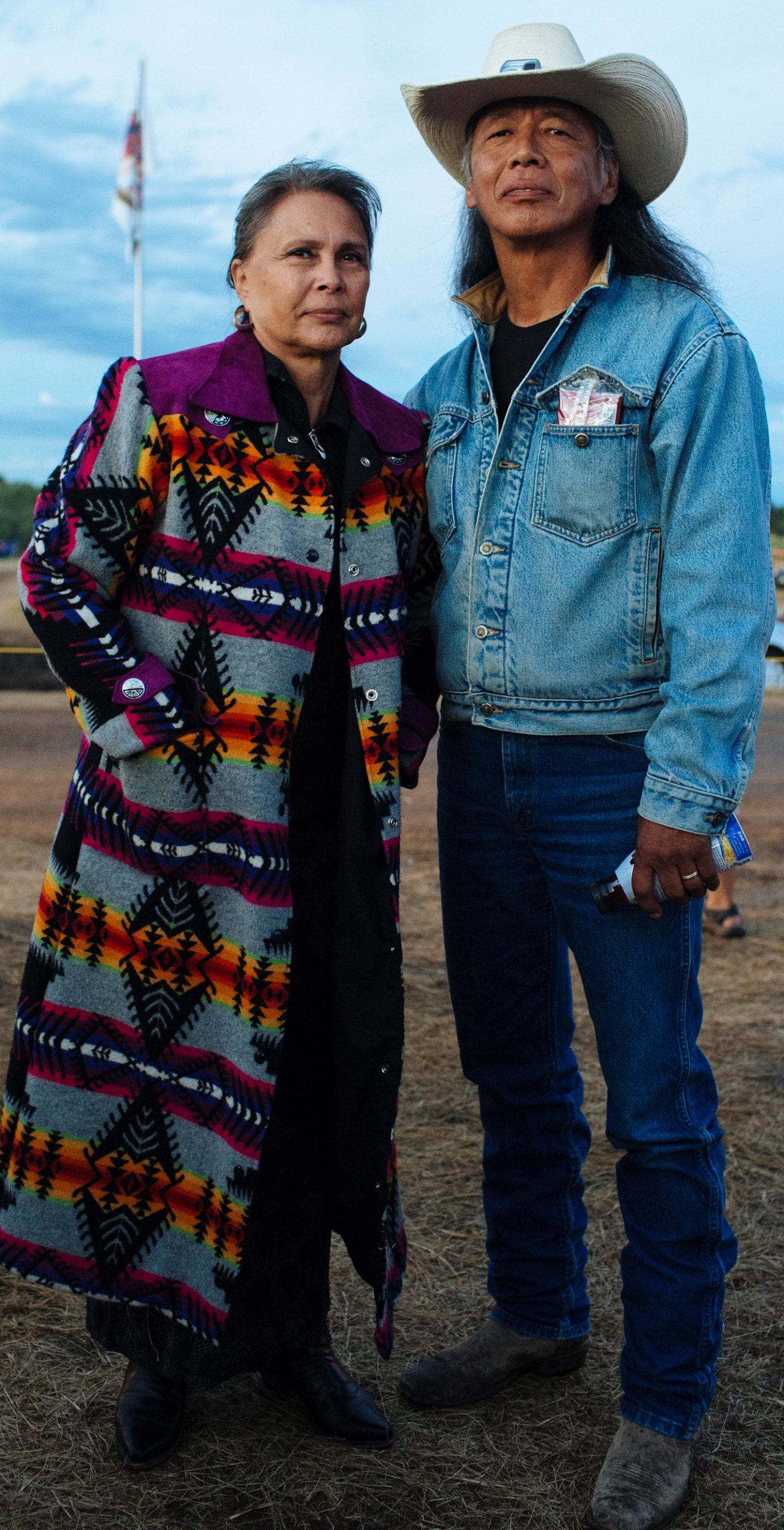 In 2016, Native nations, the United States of America, and the world has been awakened to deeply held, fundamental values and world views that clash between tribal nations and that of mainstream America. The NoDAPL stance of the Standing Rock Tribe has brought traditionally held cultural beliefs that articulate our responsibilities, as human beings, for our environment. This responsibility supersedes potential damage to our environment for profit and in the Dakota Access Pipeline situation, the enrichment of very few who have already have financial resources to extract all the resources that the earth has within.

The proposed site of the DAPL to be placed under the Missouri river lies approximately ten miles from our family cattle ranch on the Standing Rock Indian Reservation. As the NoDAPL resistance gained momentum, my husband, Ron, and I frequently visited the camps that were established. It was heartening to see so many visitors and water protectors representing more than 300 Native Nations throughout the U.S. and Canada as well as many other indigenous communities throughout the world. It was also very encouraging to see instructors from the tribal colleges and universities (TCUs) visiting. Faculty members, staff, and students were able to experience camp life in a manner as close as we will ever get to that lived by our ancestors.  These camps allowed us to reset and reinforce our paradigms about relatedness, relationships, and caretaking of others – those concepts embodied in the phrase, “Mitakuye Oyasin – We are all related.” This was not only evident in the daily camp life but also in the stories that came from around the world – Canada, Central and South America, Africa, and from the Sami people of Europe. These indigenous people brought prayers and support and they brought stories of their own trials and tribulations; stories of abuse and misuse of people and resources.

Examining the role of the TCUs reveals how important these higher education institutions are in providing the fundamental knowledge to educate others and advocate for our own cultural perspective. These colleges play a critical role in the education of Native people and our allies as they provide places of knowledge and understanding of essential concepts such as sacredness, tribal sovereignty, self-governance, tribal cosmology, historical background resulting in the treaties, and the rights resulting from these documents. As Native people, we find that much of our time is devoted to educating others about these concepts and our world view. TCUs bear the responsibility of educating the warriors of our nations so that they can fight for tribal rights in the classrooms, in board rooms, and courts. The TCUs must prepare graduates who will take positions of authority and influence in the government, industry, and business to help others understand and be the voice of Native people. The most important responsibility of TCU students today is to stay in college, do well, and complete their education so that they are prepared to advocate for our relatives and educate others.

With the line drawn, the Standing Rock Tribe, the water protectors, and supporters all hold our breath as the future of our world moves further in to the legal and political system of this country. It is this future and that of seven generations that we must protect.

Share Your Voice: In an effort to show how tribal colleges and universities (TCUs) prepare Native students to take their place as leaders to deal with issues facing their communities, their lands, and our greater American society, this is the first of a series of guest-written blogs. We welcome your contributions. You may share to: [email protected].