Statement on Forced Separation of Immigrant Children from Their Families 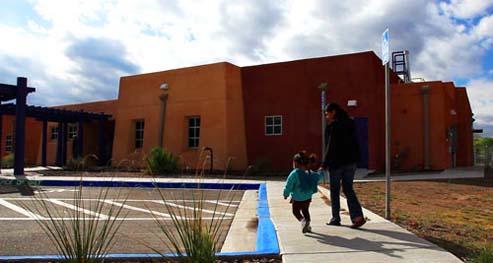 American Indians know the inter-generational psychological trauma that follows when children are removed from their families. Native children were forcibly taken from their parents by the U.S. government and were forced to attend boarding schools far away, losing their language, culture, and family ties, creating deep wounds.

Nearly 30 years after the American Indian College Fund’s founding and 50 years after the establishment of the first tribal college, we are beginning to see positive momentum within our communities in healing the inter-generational wounds of historical trauma through community-based, culturally appropriate education that empowers. We connect Native students with our history and culture through education, giving them confidence and path to influence and change the world.

We know firsthand the time and effort it takes to overcome these wounds, and as a country, we believe strongly that we must progress rather than regress.

We believe that families are sacred. Families belong together.

We ask our supporters to contact their elected officials at all levels of government and demand humane, moral immigration policies and laws; to reunite children with their families; and to respect the sanctity of family.