Oral Tradition: A Tool for Knowing Who We Are 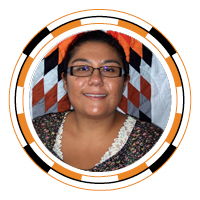 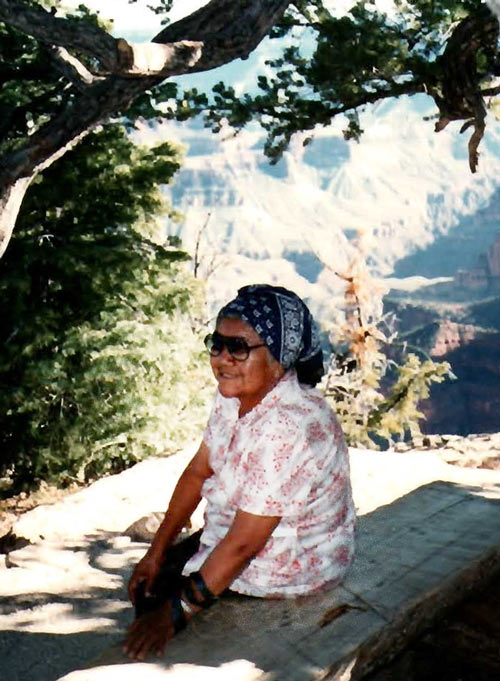 Although I did not know what was being said, I did not perceive her intent as mean or negative. She spoke slowly and enunciated each word. I loved listening to her talk. I always felt very close to my aunt and closer to her daughter because she spoke English and could speak to me at my level.

I think that my mother did not teach me the language because of her experience with the language. You see, each Native is truly an individual, as are their experiences are. My mother’s mother passed when my mother was a very young child, and my mother grew up in the care of family members, went to boarding schools, and attended Indian schools. She did not share many of her experiences with me, and my impression is that they were not very positive. What she did express to me was the importance of education.

At the age of five, I wanted to be the first female American Indian/Mexican President of the United States of America.  My mother had just begun to talk to me about walking in two worlds. She said we were different in many ways, but society was going to force us to be another. Her perspective at the time did not seem to matter to me; I felt that I was going to change the world. Little did I know that the president only has so much power. I also thought that I wanted to join the Marine Corps. I was a senior in high school when the war began. I admire many service members, but I could not bring myself to contribute to destroying another’s culture as was done to mine. Not only were recruiters pushing for me to join, their masculine egos were often challenged by my drive to succeed. My gender played a pivotal role in this, the way that the men spoke of women and the ongoing struggles to define myself by my standards. I had no idea what I was going to do. I decided to enroll in college, thinking I wanted to be a lawyer and would change the system from the inside.

I had the opportunity to work with my cousin on a project that she had been working on for many years. I went to training with her in San Francisco at the Cultural Conservancy. There I learned how to record and edit audio visual documentation of ethnography.  It was not until that following semester that I took my first anthropology class.

Many Natives are skeptical of anthropology, but the way the professor taught it with a “do no harm” approach I felt as though I finally found where I could fit in. I maintained my drive to finish my bachelor’s degree in anthropology, not to study people, but to help with language programs that my tribe and others may have difficulties with. After having a child myself, I know I need to know my Native language and my child needs to know who she is, not just what society says about whom she should be.

There are times that I am still discouraged in the anthropology department at school because of many of the different views of my peers. It is unfortunate that I feel that the time has come to have a written language as our ways are oral. I think that the constant pressure from the dominant paradigm that forces Natives to alter their ways. Traditions only last for so long.

I think that because of colonization and forced assimilation that we as Native people often fight change, not realizing how it may hold us back. When people talk about historical trauma, I think that it is very real, but it is also time to heal. We have control over our lives and letting the dominant culture tell us who we are has passed.  The more we know, the more tools we can acquire and use to help our children grow and thrive in a world that is often cruel and unjust.

Together we can change the world and help one another for the better.  We must educate one another in ways without discouraging each other, and inform the dominant society of who we are, rather than conforming to who they want us to be.

Melanie is currently an administrative assistant at First Nations Development Institute, headquartered in Longmont, CO. Melanie is an enrolled member of the Kaibab Paiute tribe. She was born and raised in Denver, Colorado, where she and her daughter, Elyse, reside. As a part-time student at the University of Colorado Denver, Melanie working towards a bachelor’s degree in anthropology.

Connect with First Nations on their social media outlets: