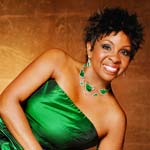 Irene Bedard, Benjamin Bratt and L.A. Lakers coach Phil Jackson, celebrity co-chairs of the American Indian College Fund’s 20th anniversary Flame of Hope Gala, would like to invite you to join us for an evening of fun and celebration in Denver, Colorado.

You will be treated to a headlining performance by “The Empress of Soul,” Ms. Gladys Knight, along with Native drum groups and a fine arts auction.
Hattie Kauffman of The Early Show, CBS, will serve as Mistress of Ceremonies. Other program highlights from the evening will include stories of hope and courage from our tribal college students and a first look at the THINK INDIAN television campaign. All proceeds from the evening will provide scholarships to American Indian students and help support the 33 tribal colleges in the United States.

Attire is black-tie or Native dress.