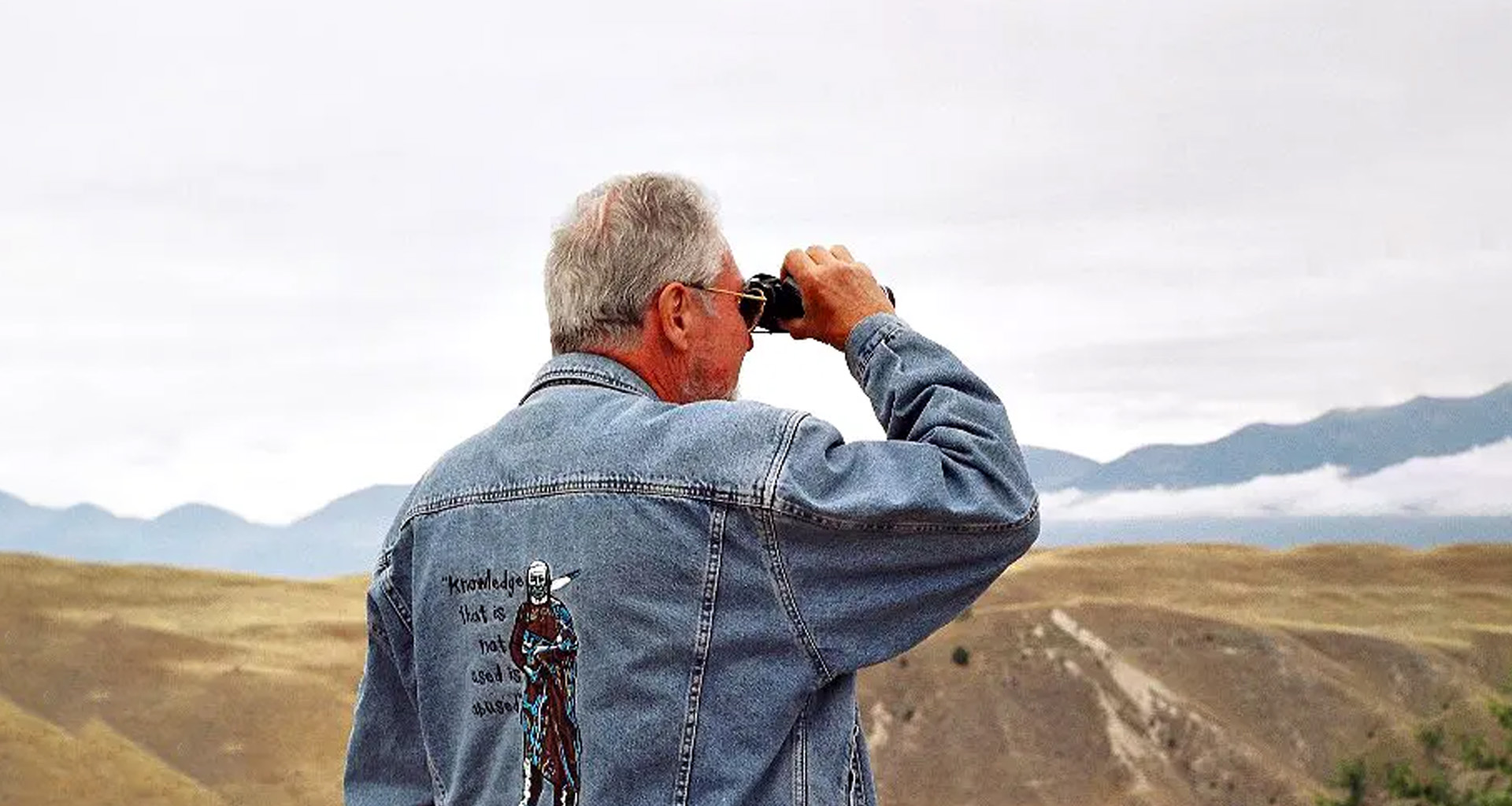 Make a gift in memory of David Kennedy

The American Indian College Fund staff, its students, and tribal college communities are mourning the passing of its longtime friend and ally, David Kennedy, on October 10. Mr. Kennedy was the co-founder of the international award-winning ad agency, Wieden+Kennedy.

It was because of David Kennedy that the iconic agency became the pro-bono agency of record for the College Fund for more than 30 years. Under Kennedy’s direction, the agency developed the College Fund’s smart, edgy, and stylistic public service announcements. This body of work helped highlight the importance of higher education access for Indigenous students and support of tribal colleges and universities, while bringing Native peoples’ voices into the national conversation. Over the years the ads highlighted the importance of Native scholars’ voices, cultures, languages, and traditions for the survival of their communities and as the foundation for all of humanity’s survival. 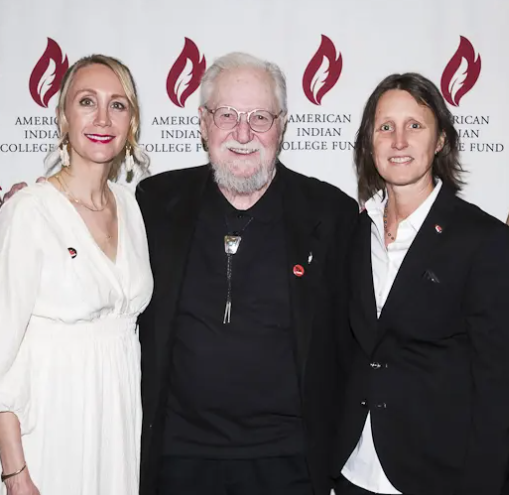 The relationship between Wieden+Kennedy and the American Indian College Fund was born when former College Fund Executive Director Barbara Bratone reached out to the agency via letter, asking if the agency would be interested in representing the College Fund. 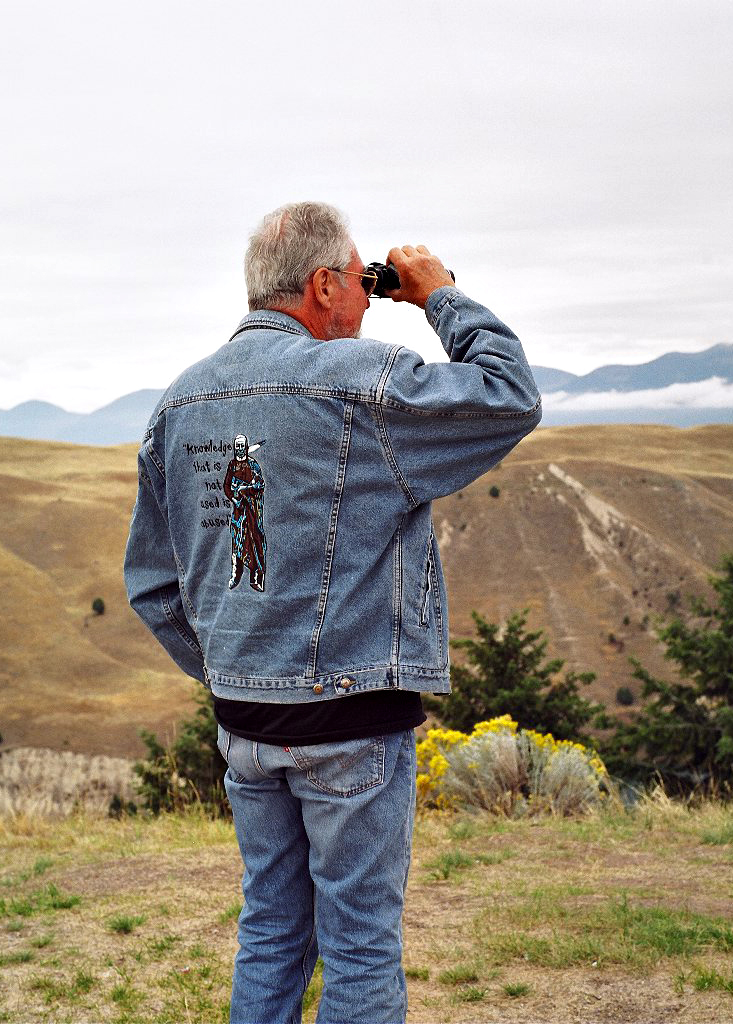 David Kennedy on location for the College Fund.

Kennedy, who grew up as the son of an oil wildcatter and traveling across the west to states like Oklahoma and Montana, was befriended by Native people. He recalled those years as his first introduction to Native cultures. When David Kennedy received the letter from Bratone requesting Wieden+Kennedy’s services, his partner, Dan Wieden, recalled he ran down the hall yelling with joy. Kennedy spent his youth at powwows and rodeos with Native friends and immersed himself in their cultures, traditions, and arts. Those memories and relationships left a lasting impression that informed his professional relationship and eagerness to work with the College Fund—and the passion he infused in that work.

Cheryl Crazy Bull, President and CEO of the American Indian College Fund said, “The American Indian College Fund community is deeply saddened by the passing of our friend and colleague, David Kennedy. Kennedy has been our colleague for over 30 years bringing his creative heart to the story of Native students so that we become more visible as the First People of this country. His creativity and commitment contributed to thousands of Tribal students accessing post-secondary education, particularly at our Tribal Colleges and Universities. We join those who will miss him and offer our prayers for his journey and for strength for his family and friends.

From the inception of the College Fund’s work Kennedy’s generous support and determined commitment helped us become one of the most successful Native non-profits in the country through media campaigns that honored our identity while connecting with broader society. It is bittersweet and fitting that the latest and perhaps greatest of Kennedy’s contributions to visibility movements for Native peoples is the ‘This Is Indian Country’ campaign, launched the evening of his passing with the video Manaháhtaan and the “This Is Indian Country” advertisement in The New York Times on Indigenous People’s Day, October 11, 2021.”

David Kennedy’s family has requested that gifts be made to the American Indian College Fund. 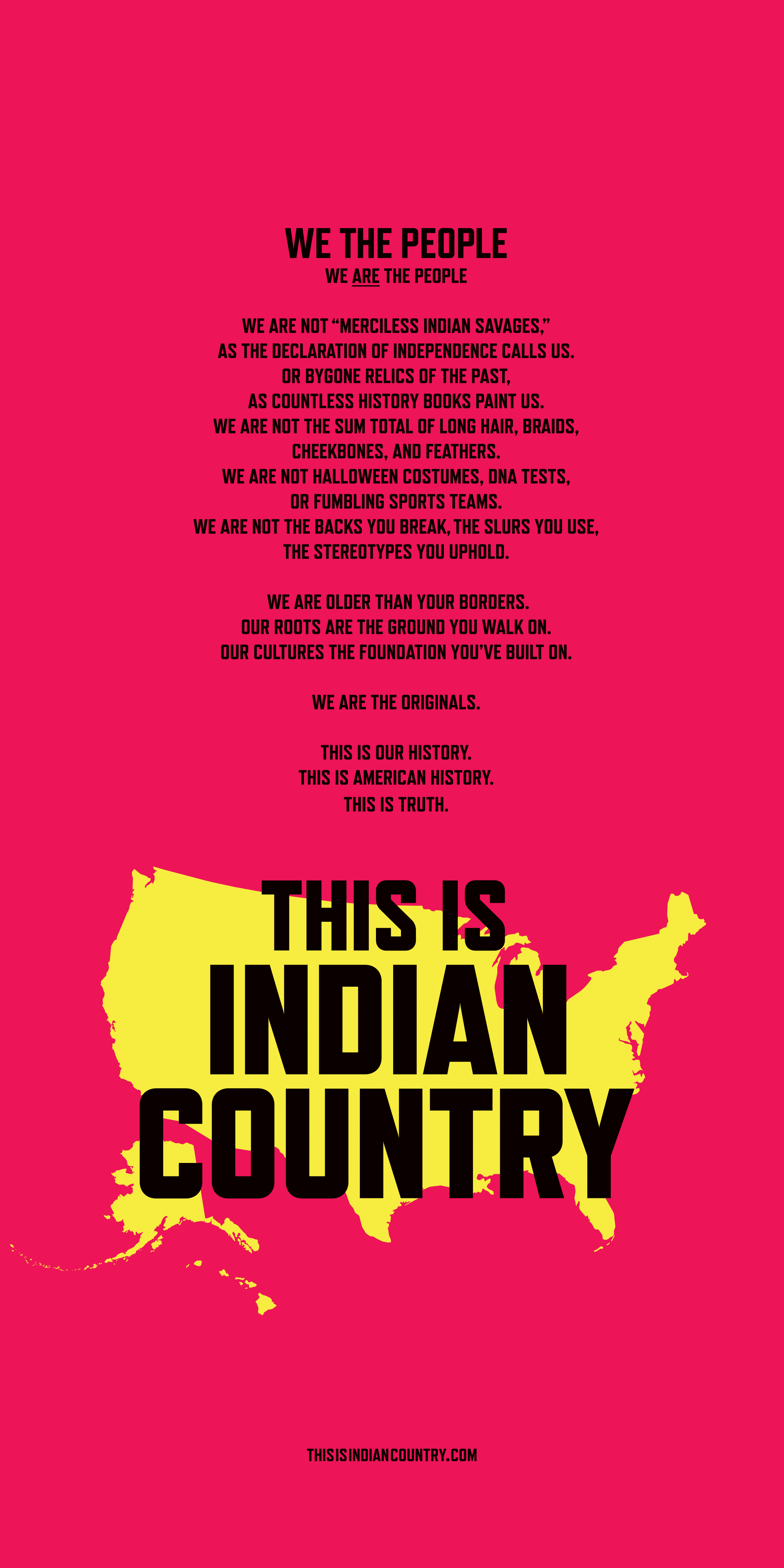 The New York Times ad for This Is Indian Country. 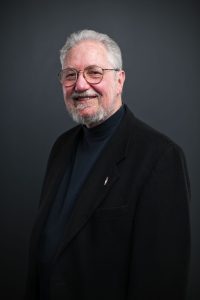 Kennedy was born May 31, 1939 in Kansas, into the third generation of wildcat drillers, and grew up in the oil fields of Oklahoma, Colorado, and every other state along the Eastern front range of the Rockies. He spent his childhood fishing trout streams and rivers—The Madison, The Firehole, The Bighorn, The Little Bighorn, The Silver and The Snake, and countless others.

At 13, his first job was as an apprentice welder, a craft that was to become a lifelong passion. He went on to attend the University of Colorado, where he received a Fine Arts Degree in printmaking and metal sculpture. Up until his death he continued to create beautiful welded sculptures and prints in his home studio on his farm in Estacada, Oregon.

He furthered his studies at the Art Institute of Chicago, the Chicago Artists Guild, the Pacific Northwest College of Art, the Oregon College of Arts and Crafts, and the United States Marine Corps.

David married his wife Kathleen in 1963, and went on to have five children while living in Chicago, where David began his advertising career as a designer/art director, testing his skills at agencies that were every bit as world-class as the rivers he fished in his youth, including Young & Rubicam, Leo Burnett, Needham and Benton & Bowles.

In 1979, David saw the opportunity to move his family back to the West, back to the mountains he loved so much and missed so dearly. He left Chicago to join the Portland, Oregon office of McCann-Erickson. Three years later, in a move that had friends and family shaking their heads, he teamed up with a young writer named Dan Wieden and struck out on their own, appropriately, on April Fool’s day 1982, to form what would become one of the world’s most celebrated advertising agencies in the world, Wieden+Kennedy.

Under Kennedy and Wieden, the agency created some of the most iconic advertising campaigns in history for Honda, Nike and Travel Oregon (previously the Oregon Tourism Division), among other clients. Notable work under Kennedy and Wieden’s creative direction included an advert for Honda scooters famously featuring music and an appearance by Lou Reed. The documentary-style ad featuring city life used a shaky-camera technique that would soon be followed by many others in the industry. Nike examples include Walk Stack, which was Nike’s first “Just Do It” commercial, Bo Knows and the series of ads featuring Spike Lee and Michael Jordan.

In 2011, the agency created The Kennedys in David’s honor, a creative incubator program to introduce and grow new talent, intentionally looking for creative talent outside of traditional advertising pipelines. It runs as W+K’s own agency within the agency, where talent work on real assignments with real clients and deadlines. Today the program has expanded to be a global program at W+K.

Over the years and even after his retirement in 1993, David also led countless, annual campaigns and initiatives for one of the agency’s longest running accounts, the American Indian College Fund, including the very latest that launched into the world the day after his death. He also served on the College Fund’s Board of Trustees. He also collaborated for many years with Native American artists and the Pendleton Woolen Mills Company to produce a line of limited edition blankets for the College Fund, based on traditional indigenous designs and legends.

Dan Wieden once said, “David Kennedy’s heart and soul and neural pathways are etched deep inside Wieden+Kennedy. It’s who we are, it’s what we do and it’s why we do it.”

He is survived by his wife of 58 years, Kathleen, and  children Cathlin, Brendan, Erinn and Siobhan, and predeceased by his son Ian.

The family has asked that gifts be made to the American Indian College Fund.