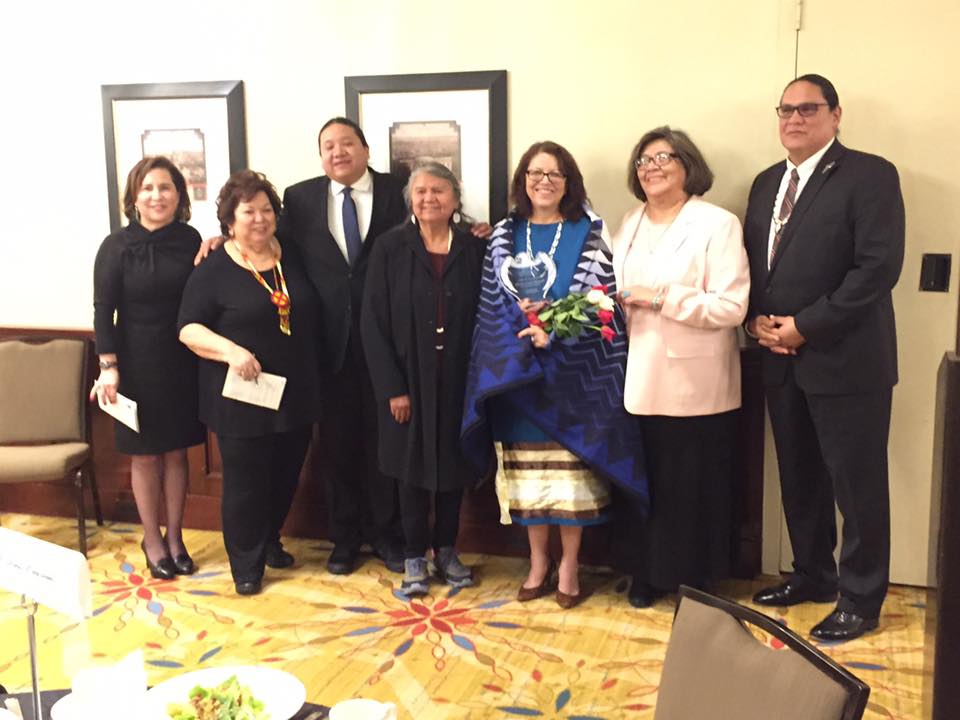 The 2016 honorees “have become role models for all Indian women—they have become shining examples of wisdom, generosity, commitment, happiness, and sharing their love for our families and our communities,” said Teresa Sheldon of the Tulalip Tribes of Washington State and a member of National Indian Women’s “Supporting Each Other.”

Melanie Benjamin, Chief Executive of the Mille Lacs Band of Ojibwe Gaming Association, was also honored at the event. She was presented by Senator Al Franken (D-Minn.), presented with flowers, wrapped in a blanket, and presented with her NIW Award by Minnesota Representative Peggy Flanagan (D-Minn.) (White Earth Tribe of Ojibwa).

Cheryl Crazy Bull said, “I am honored to recognized by and be among women whose leadership is inspiring and supportive. I am thankful for all of the students whose perseverance and commitment has been so rewarding in my career and my life.  So many people make it possible for me to build resources for tribal student success and for our tribal colleges to be even better at the work they do in our communities.  I thank all of them, especially my family, for being there for me so I can be there for others.  With only 13% of Native people having college degrees, we need to focus on more Natives going to college and graduating.”