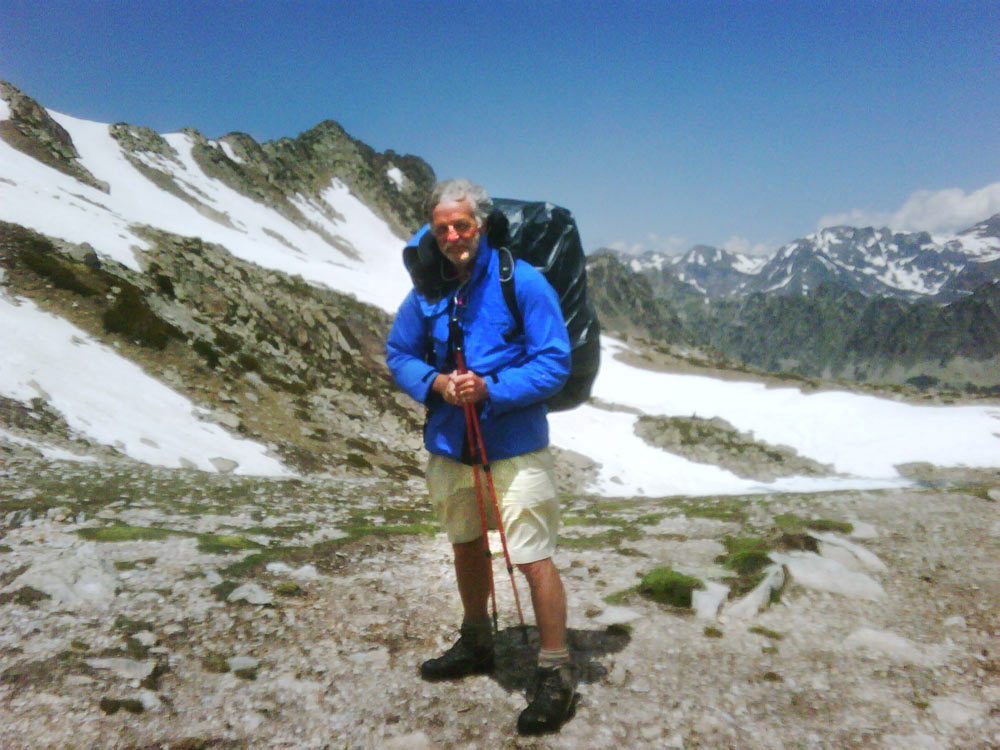 In a recent report from Rogers, sent via Blackberry wireless after 25 days of crossing the mountain range—the half-way point of his trip—Rogers noted that due to late winter-like conditions there that caused him to get a late start, he will be completing the second half of his trip next year. Rogers said his sore knees and weather-battered body thank him for the reprieve, as “my knees certainly could not take another 25 days of this continuous hammering, quite apart from the fact that here we are in mid-June in southern France and the snow line has descended to 2,000 meters. The last four days were brutal as we got a daily soaking and our final day was conducted in the invisibility of a mist-thunder-steady rain and snow.”

Rogers recounted some of the highlights of his journey, including flower and butterfly-filled meadows; a glimpse of the rare Pyrenean Izard (a type of antelope); running headlong into a 1,500 pound Navarre bull and deciding that the pawing beast had the right-of-way; the kindness and culinary talents of Pyrenean women; and more.

Rogers says the support of his friends and family that pledged support inspired him to continue, and he plans to complete his trip next year. “The relentlessness of the daily march up 4,000 feet and down again does get to you, so the bookies would be probably offering a 50/50 bet on whether my knees can take the second half on,” he joked.

Thanks to Rogers’ commitment, American Indian students can get a college education through a scholarship from the American Indian College Fund—while he also raised the profile of the work that we do amongst his circle of friends and family.

Thank you, Dave, for all that you do for American Indian students!