Brennan- Keepers of the Menominee Forest 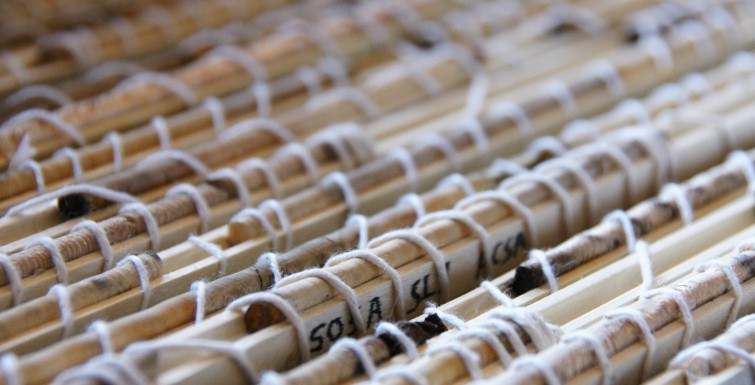 It is estimated the Menominee Nation had owned nearly 10 million acres which comprised of eastern half of Wisconsin, Michigan’s Upper Peninsula, and even a small part in northern Illinois. After several treaties with the United States Government, the first being in 1821, Menominee now call home to roughly 237,000 acres in Northeast Wisconsin holding a rich history of forestry. Roughly 220,000 of those acres are extensively and carefully harvested.

The Menominee have harvested timber since the 1850’s and have done so in such a way to ensure bountiful stands for generations to come. A Menominee leader by the name of Chief Oshkosh is given credit for advising his people to “start with the rising sun and work toward the setting sun, but only taking the mature trees, the sick trees, and the trees that have fallen. When you reach the end of the reservation, turn and cut from the setting sun to the rising sun and the trees will last forever.” With these words, and combining modern forestry techniques, the Menominee forest has become a primary example of sustainable forestry. Their practices have earned multiple state, national, and international awards including the 1996 President’s Award for Sustainable Development, 2004 Outstanding Management of Resources Award by Northeastern Loggers Association Inc., 2008 Friend of the Environment by Wisconsin Environmental Working Group (Wisconsin Manufacturers & Commerce), and the 2009 Forest Stewardship Award by the National Hardwood Lumber Association. One of the most well-known honors the Menominee have received is to be the primary producer of the 2012 NCAA Final Four floor.

In 1854 the Menominee had purchased a small mill to process their own timber after becoming a federally recognized tribe. In 1908, Senator LaFollette helped pass a law to allow the tribe to expand the mill after a large blow down three years earlier. Known as the Menominee Tribal Enterprise (MTE), their operations have maintained an ecologically viable, economically feasible, and socially desirable forest. MTE employs approximately 125 workers and another 180 forest workers, majority of them being tribal members. These hard workers collect and process nearly 14 million board feet per year. As the forest stands now, it is estimated to be home to 1.7 billion board feet which is more than the estimate of 1854 at 1.2 billion board feet. In the history of Menominee forestry, over 2.25 billion board feet have been harvested.

With the successful negotiations between Menominee leaders and the United States government,t the tribe avoided relocation in 1848 and continue to call our reservation “home”, respectfully. Menominee tribal members do not financially benefit from MTE operations a great amount but benefit just as well with the natural resources which thrive as a result of sustainable forestry. I asked fellow tribal members what the forest means to them and with the majority response being, “…it provides wood for heating homes, wildlife to hunt, plants and medicines to care for our people.” To me, the forest is a place to find serenity after a long week of school, and work. As young Menominee, we all have been taught that everything around us is a living being. From rocks to the trees, you can speak and they will listen. With this in mind, we have also been taught to take only what is needed in order to preserve the plant or animal life so others can gather. This background is one of the main driving forces to my current educational and future goals.

Brennan working on tree ring research in the lab.

Currently, I am a Biological & Physical Science major at College of Menominee Nation. After a summer internship in 2012, I found what I would like to do for the rest of my life. With a professor and students from University of Wisconsin-Platteville, a fellow Menominee and student at University of Wisconsin-Madison, research was conducted in northwestern Wisconsin to determine the impacts of invasive, European earthworms have on northern hardwood forests, with Sugar Maple trees being the primary focus. Comparing climate data to tree-ring data we were able to conclude these earthworms have a negative growth impact on tree growth. Stemming from this experience I have been given the opportunity to continue tree-ring research on the Menominee forest with a grant from the Wisconsin Alliance for Minority Participation (WiscAMP).

My latest project was to update a tree-ring chronology that was conducted in 1983 by Ed Cook. Taking the last 30 years of Eastern Hemlock growth and combing Cook’s data, I have been able to create a climate reconstruction of the last 450 years.
Traditionally, I have been told “trees tell stories” and with this research I have been able to see, listen, and tell their story.

I have been to many places near and far, but I have not been able to discover who I am, and what I want to become, if it wasn’t for discovering something close to home. Realizing what I have outside my door, knowing there is so much more to learn about it, I have been passionate since that first internship in 2012 to study forest ecology and return home to continue the sustainable practices of my beautiful homeland. Along this journey that I choose to travel, I expect to pass the interest on to the younger generation of my people so they too can learn to appreciate what is given to us inhabitants of mother earth and create a life of giving back to her.