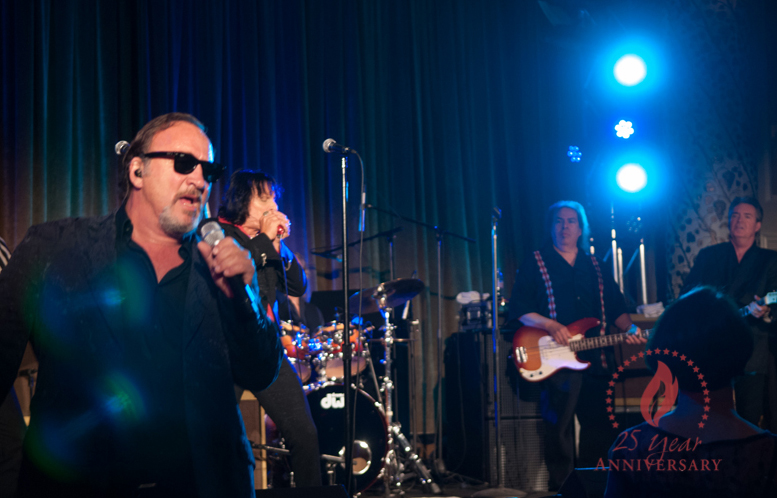 The American Indian College Fund (the College Fund) celebrated its 25th Gala in Chicago, Illinois at the historic Drake Hotel. Two hundred attendees gathered to honor two of its founders at the event to benefit its mission to provide Native Americans with access to higher education. 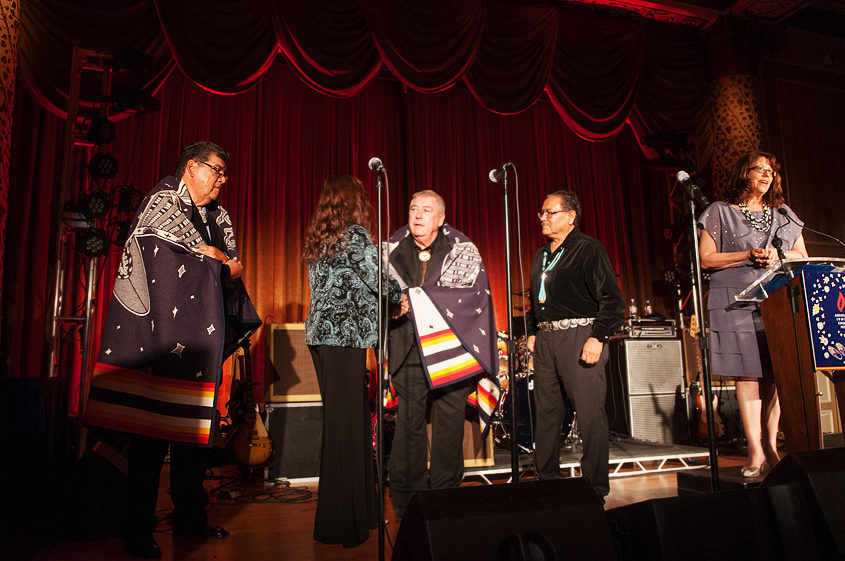 The honorees included:
Dr. Gerald Gipp — An enrolled member of the Standing Rock Sioux Tribe (Hunkpapa Lakota), Gipp devoted his career to American Indian education. He first served as a teacher, athletic coach, and school administrator in K-12 school systems in North Dakota, Montana, and South Dakota. He went on to work in higher education at Pennsylvania State University and Haskell Junior College, where he served as President where he created the Haskell Foundation and helped the tribal college get recognition from the American Indian Higher Education Consortium. He continued his career in the policy realm as Deputy Assistant Secretary for the Office of Indian Education (OIE) in the Department of Education under the Carter administration; Branch Chief for Research and Evaluation for the Office of Indian Education Programs at the Bureau of Indian Affairs; Director for West Division for Program Operations for the Administration for Native Americans with the Department of Health and Human Services (HHS); Executive Director of the Intra-Departmental Council for Native American Affairs (IDCNAA) within HHS; and the National Science Foundation. Gipp was the Executive Director of the American Indian Higher Education Consortium from 2001-2008 and interim Executive Director of the National Indian Education Association on two occasions.

Jim Shanley — As one of the first members of the Fort Peck Tribe in Montana to earn a college degree, Jim Shanley helped blaze a trail at a time when little support existed for Indian college students. After serving a year in the military in Vietnam, he returned to school to complete his undergraduate degree. He continued to eventually earn his Doctorate in Education Administration from the University of North Dakota. Interspersed throughout his pursuit of education, Jim tirelessly championed the work of the tribal colleges and is one of the founders of the American Indian Higher Education Consortium (AIHEC). Several years after he earned his doctorate, he returned home to Poplar, Montana to lead Fort Peck Community College (FPCC), where he remained for the next 28 years. When he began his tenure, the tribal college consisted of one building, three degree programs, and 65 students. It was not yet accredited, nor was it even a candidate for accreditation. Funding was tight, and few community members understood the value of a college education. Today, the college has an average enrollment of 430 students, a growing campus, and offers a wide array of two-year programs. 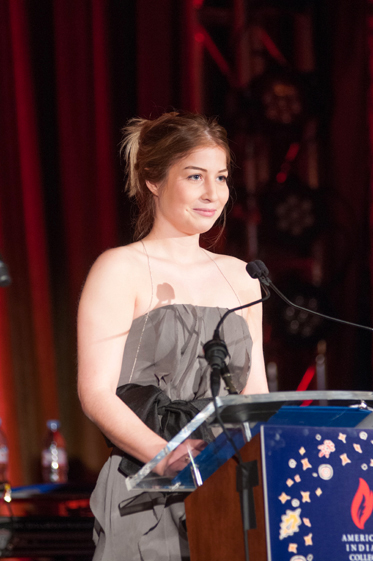 n addition to honoring the College Fund’s founders, attendees enjoyed a silent auction featuring original and unique Native American art work and jewelry. The evening’s program was emceed by NBC5 television reporter LeeAnn Trotter and featured an appearance by student ambassador Miranda Perez (Menominee), who is attending the College of Menominee Nation in Wisconsin and plans to become a medical doctor.

Jim Belushi & The Sacred Hearts provided headline entertainment, and as part of the program, the College Fund held a live auction for the opportunity to perform “Soul Man” with the band. Mr. Belushi spoke with the College Fund about his own support of higher education and the role it had in his life. He said, “Education is everything. Everything. As an actor I was exposed to great teachers and professionals who guided me not only as an artist but also as a young man. They were beautiful people, they were mentors. They separated me from whom I thought I was to whom I could be.” Mr. Belushi, whose ancestors in Albania lived as peasants, said, “A college education was the most important thing I have done for my life and career. It put me in a competitive realm in America, and today college is even more important. The playing field is so competitive.”

Mr. Belushi added, “My advice to economically disadvantaged young people is there are opportunities right in front of you. It doesn’t cost anything to get experience. There are many programs out there including this very organization, the American Indian College Fund, to get you in the door, but you have to open the door. It can’t be done for you, you have to find the opportunities, you have to want it… Just get in the door to college and you may find someone or they may find you, but that magic can’t happen if you don’t take the risk. Just do it.”