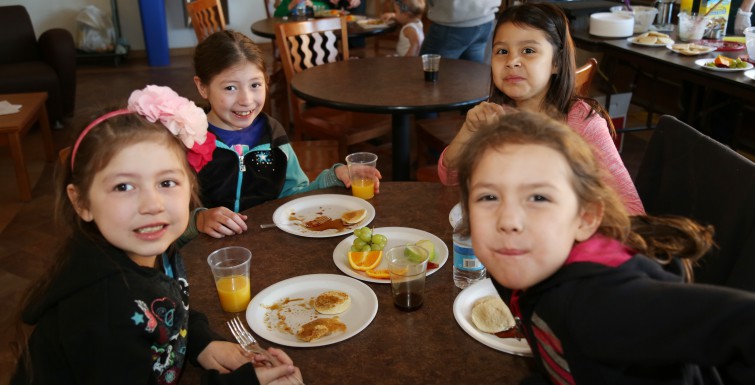 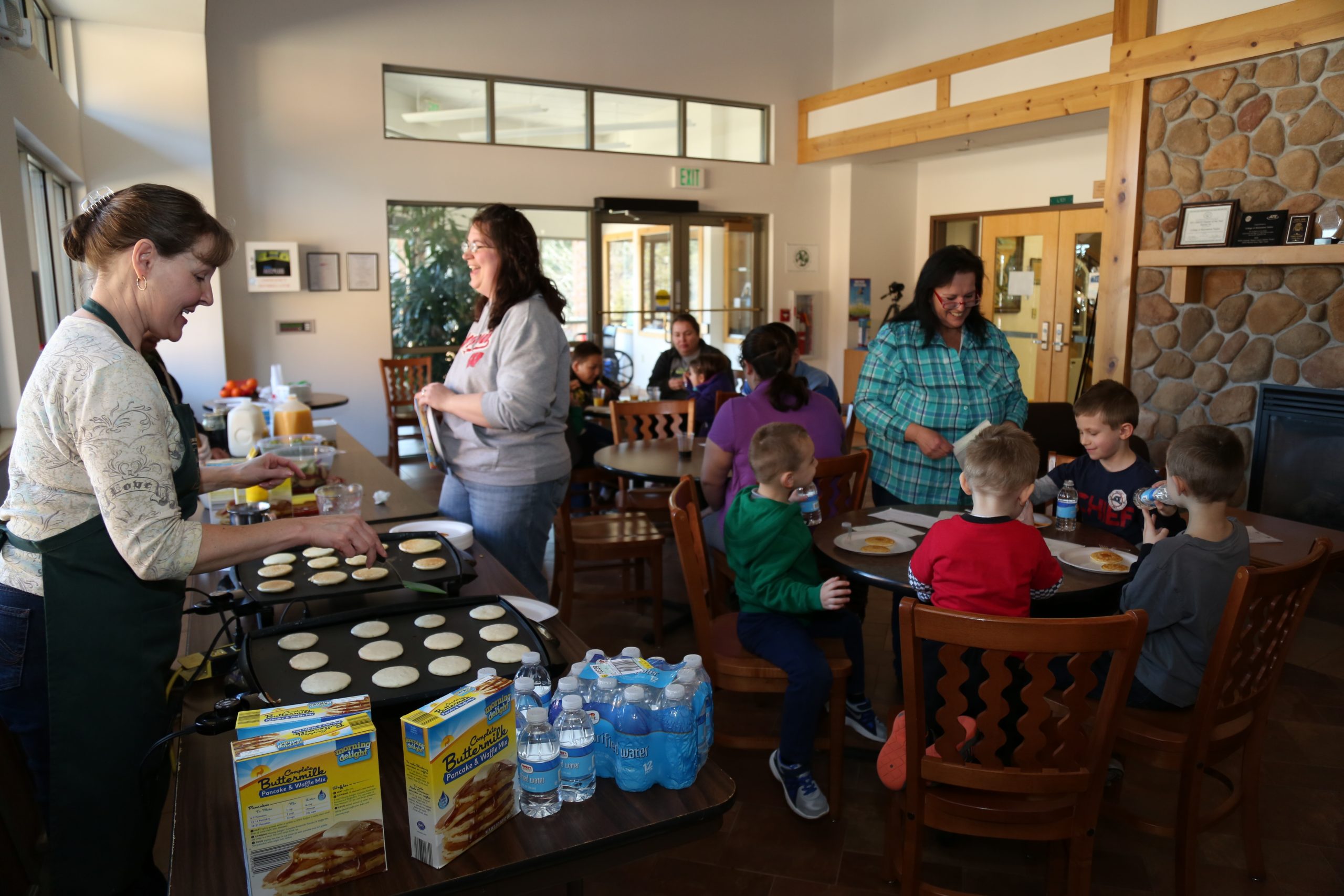 If you give a pig a pancake — oh, the adventure you will have!  Maple sugaring was the theme for this Saturday’s College 4 Kids session. Children and their families attending the College of Menominee Nation’s College 4 Kids on March 21 enjoyed the adventures in Laura Numeroff’s book titled If You Give a Pig a Pancake.  The adventures included taking a bath, dancing, building a tree house, and sending pictures to friends.  Ms. Numeroff’s book was read to the children while they enjoyed hot pancakes and real maple syrup.  The CMN Saturday activities are designed to engage parents in learning with their children.  The pancake activity was able to address the physical, cognitive, language and social/emotional developmental domains of the children during the snack time. For the physical domain the children were able to pour maple syrup and cut their pancake into bite size pieces. During the snack activity the children were able to hear the alliterative P sounds in pig and pancake and recall the story sequence when the book was re-read.  Reading the book and asking children to predict and then recall the story was done to address the children’s cognitive and language domains. Socially/emotionally the children were able to participate in the snack by taking turns and following directions to receive their pancake and sit together and enjoy. 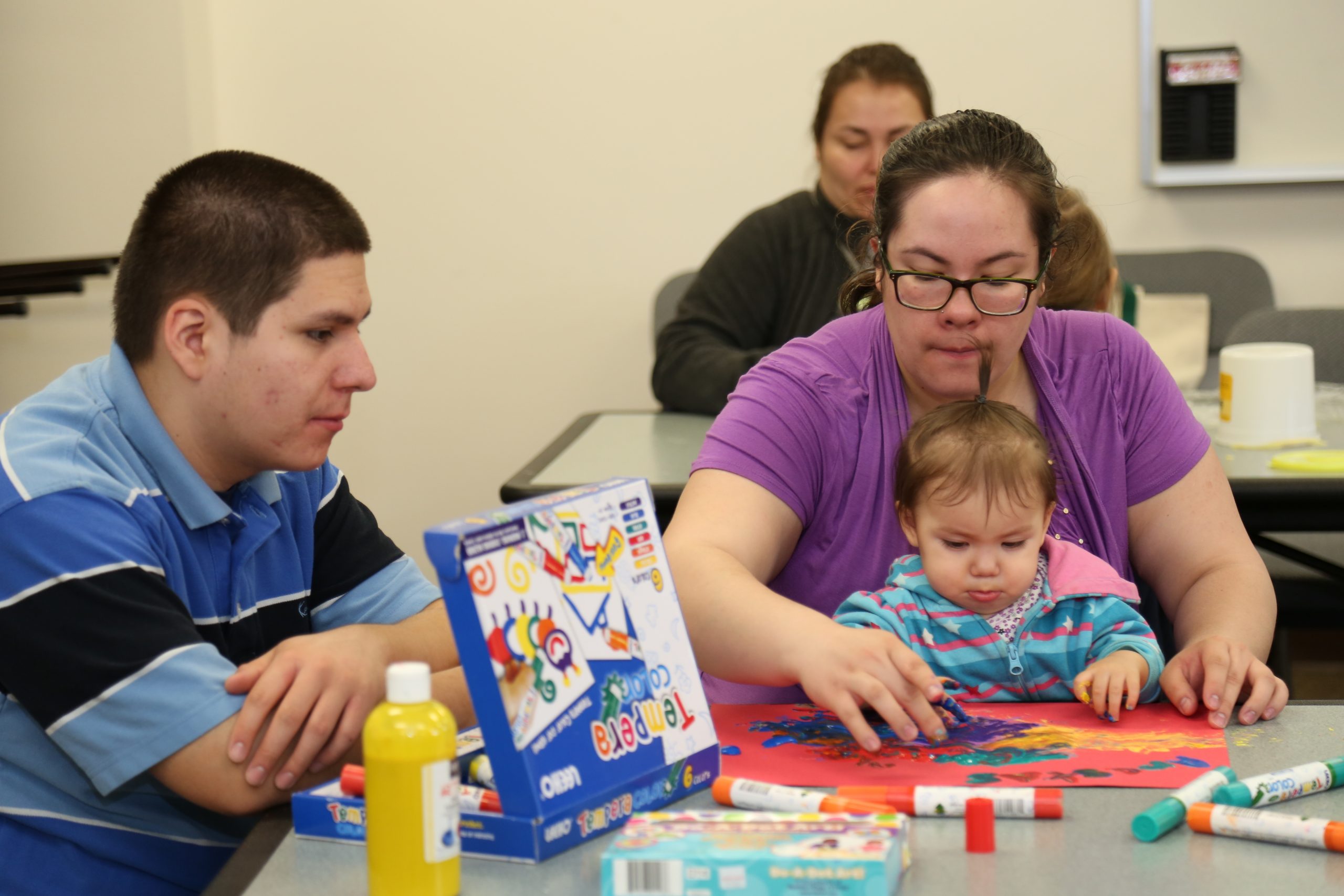 There are two other stations for the parents and children to participate in; the Literacy Corner and the Creativity Room. Each activity is aligned with a book representing the week’s theme. In the Literacy Corner every week a version of the book There Was an Old Lady who Swallowed a ___is read. This week the book was There Was an Old Lady who Swallowed a Fly.  Reading the same book has been very successful because there is a built in familiarity with the book only what is swallowed changes each session. This is set up as a puppet stage and children are able to interact with the Old Lady story by depositing the items she swallowed through her mouth and they land in her stomach.  In the Creativity Room , a book about maple sugaring was read. Then maple leaves were designed, cut out and attached to a picture frames along with sequins, glitter and other cutouts per each child’s design. Pictures of each child were taken and by the end of the session were inserted into the picture frame and given to the child’s parent.  In addition children were able to cut maple leaves out of play dough. At another activity station, the children were able to paint their very own maple tree after reading about maple sugaring.  During these two activity sessions parents work alongside their child to engage and compete in the fun!