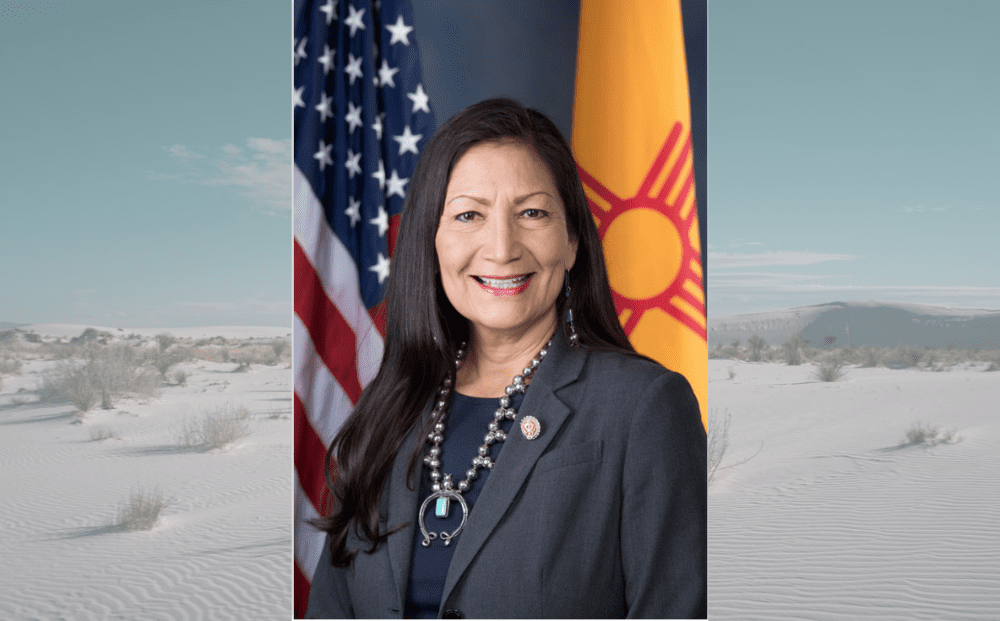 March is National Women’s History Month. I am writing as a Native woman who is comfortable in my Indigenous identity. Acutely aware that I and other Native women have been overlooked in nearly all aspects of life in history and present day, I make sure that I bear witness and share women’s experiences every day. Some days are more challenging than others and I search for signs that I should be hopeful, while also encouraging hopefulness in others.

One sign of hope that is resonating throughout Indian Country and, indeed, among all who support equity in representation in the United States government is the confirmation of Deb Haaland, a New Mexico representative, a 35th generation citizen of New Mexico and citizen of the Laguna Pueblo and the first-ever Native woman to head the U.S. Department of Interior, gives me hope. Secretary Haaland showed incredible grace and perseverance in the face of often hostile questioning her abilities as well as her fitness for the role, about how she would oversee the administration, her views on climate change, and the management of public lands.

You may wonder why Secretary Haaland’s appointment is significant to an education non-profit, beyond the fact that she is a “first” and a role model for Native women who aspire to an education and careers. The U.S. Department of Interior is the federal agency that oversees the administration of nearly every policy that impacts the lives of Native people because of the federal trust relationship Native people have through treaties made as sovereign nations with the United States government.

Originally housed in the Department of War, Indian Affairs was moved to the U.S. Department of Interior in 1849. The relationship has been fraught with misunderstanding and often the abuse of power ever since. In many ways, the federal government’s Indian policy over the years has been nothing less than abysmal.

But what does that history have to do with Native women’s history and my own role overseeing Native students’ access to a higher education as President of the American Indian College Fund?

When Native lands are leased by the U.S. government to mining companies that dump mercury in our water, that impacts Native children’s brain health and the general well-being of Native families.

When Native families experience food and housing insecurity at rates that outpace every other group in America, our children cannot concentrate in the classroom when they are hungry or unsheltered.

When Native children are discouraged from learning about their languages, cultures, and traditions, it causes them to feel invisible in the education space, and to check out mentally or worse, to drop out. A sense of hopelessness pervades our reservation communities among Native youth, which suffer the highest suicide rates in the nation.

When Native poverty continues for generations, students cannot afford a college education that can lift them out of poverty.

And when our tribal colleges and universities are underfunded, leaving teachers and students to make do in dilapidated facilities without access to adequate technology, Native students’ educations are not competitive.

Conversely, policies that recognize our cultures, traditions, and values; that work to restore and protect our lands; and which create healthy families and communities all create visibility of Native peoples and healthy pathways to education.

Decisions about public land use and climate policy are critically important to all Americans and, indeed, to all citizens of the world. Yet for Indigenous people, the U.S. Department of Interior connects our self-determination as Tribes to the trust relationship with the federal government. Indian Country needs the U.S. Secretary of Interior to possess a deep understanding of sovereignty and trust relationships.

And when important federal policies that impact Indian Country so deeply are driven and managed by a woman who looks like us and is one of us, we become more visible and feel that our voices are heard.

Deb Haaland will be a leader of the U.S. Department of Interior for all of America. But as an Indigenous woman who lives her identity, she will honor our ancestors and while making decisions about future generations of Indian people as a visible part of all of America. I am confident that our hope in Secretary Haaland’s intelligence and heart and our satisfaction that Indian Country will be considered in her decision-making is right where it belongs