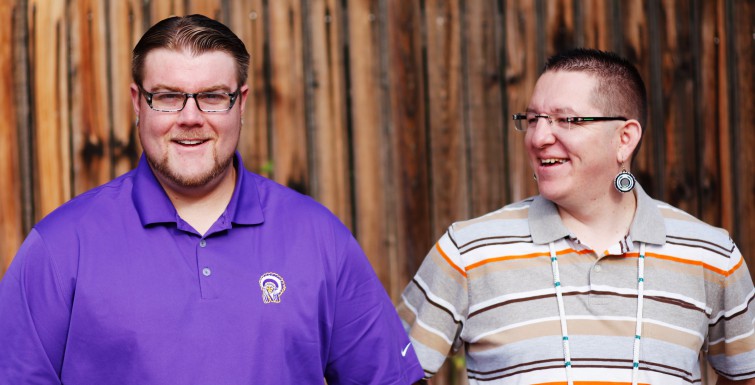 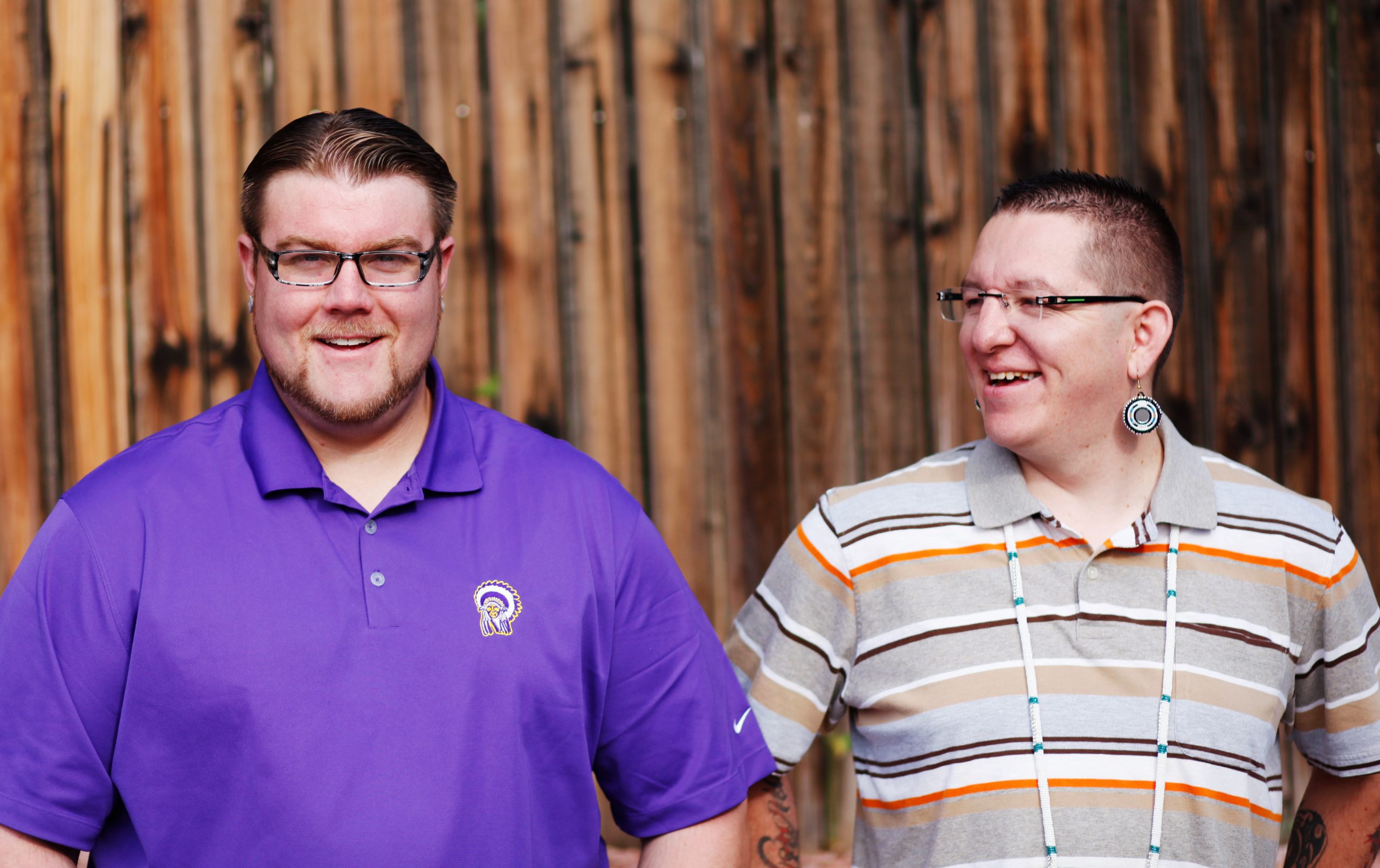 The 2014 American Indian College Fund Interns worked for seven weeks in the Office of Research and Special Projects.

Two tribal college students are spending seven weeks this summer working as paid interns for the American Indian College Fund in the Office of Research and Sponsored Programs. This new program offers them the opportunity to learn valuable skills that they can use in their academic careers and as professionals while also contributing to the mission of the College Fund. 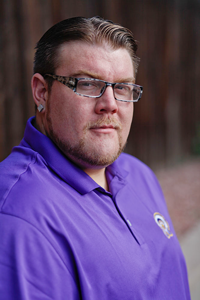 Ian Stand (Sac and Fox Nation) is a senior Indigenous and American Indian studies major at Haskell Indian Nations University. He comes from the San Francisco Bay Area and is a student-athlete who competes with the shot put and discus on the track and field team. He started his academic career in Pleasant Hill, California and Job Corps in San Francisco, where he realized he wanted to return to college. Ian is motivated to complete his degree while continuing his athletic career at Haskell.

“We’ve been doing the bulk of our work in research, but the entire staff is nice and supportive,” Ian says. “My interaction with my colleagues and bosses is not just that of authoritative roles; they are more like mentors offering suggestions from how to ask a question with confidence and how to feel comfortable. They really want to help us improve our chances of being successful.” 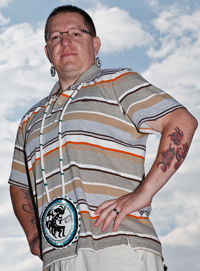 Bryson Runsabove-Meyers (Chippewa Cree/Dakota Sioux) is from the Rocky Boy Indian Reservation in Montana.  After completing his associate’s degree at Fort Peck Community College, he transferred to the Institute of American Indian Arts (IAIA) in Santa Fe, New Mexico, where he is pursuing a bachelor’s degree in graphic design-digital media. Bryson uses his art and Native flute music to represent his traditional values. His first art show was hosted at the College Fund in its conference space gallery.

Bryson says that as a graphic arts major, “It is beneficial to learn research methods. They expand my knowledge to work with Excel, work with data, and apply numbers to visually explain things. Down the road, knowing numbers and research will benefit me, my family, and my tribe.”

The young men stay in the University of Denver campus student housing and share commuting time while bonding over their new experience together. Their advice to future interns: Be open-minded, bring your A-Game, but come relaxed and ready to learn.