Threading the Needle from Theorist to STEM

Mar 27, 2019 | Blog, For the Wisdom of the Children, Inside the College Fund, Our Programs 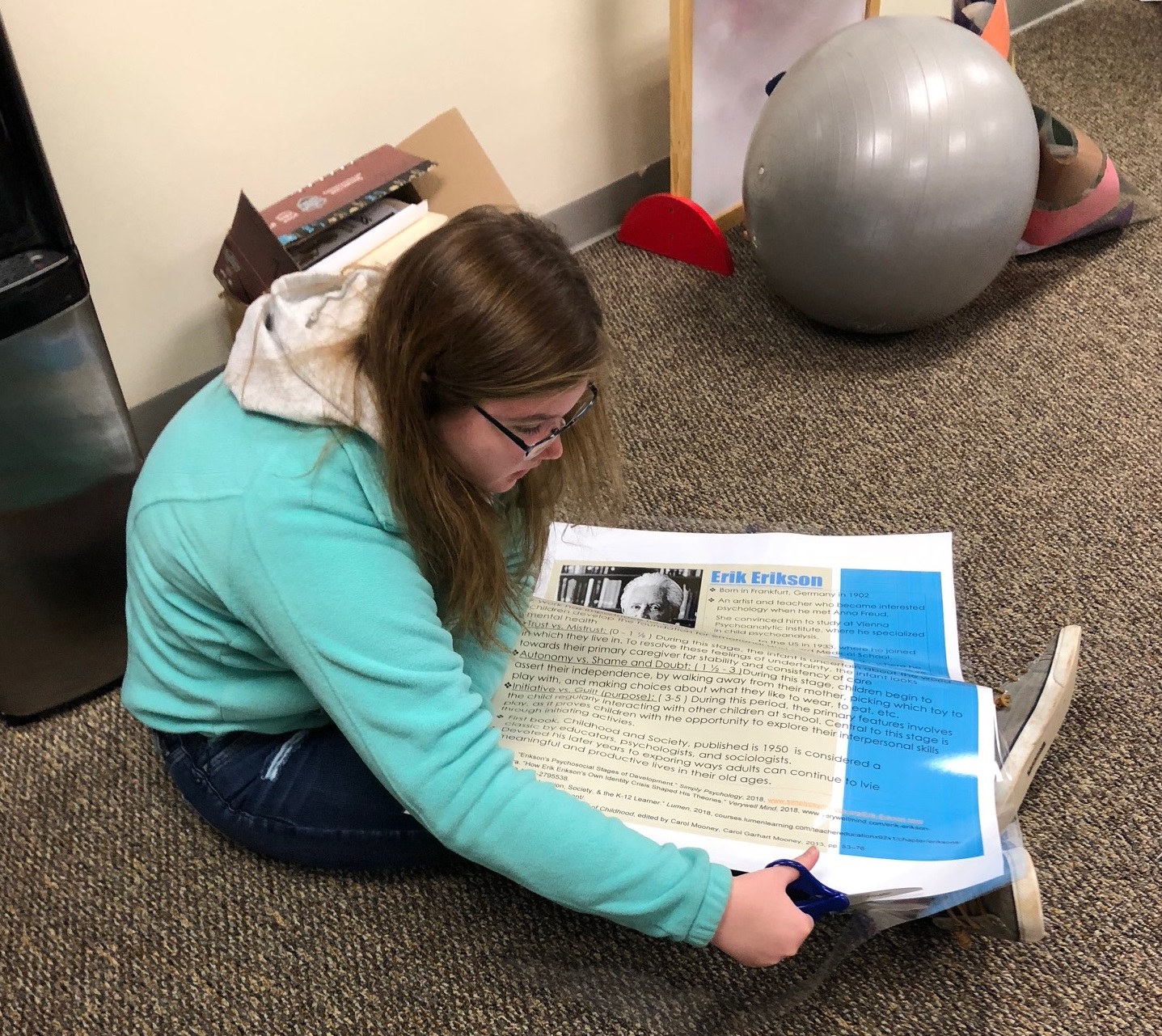 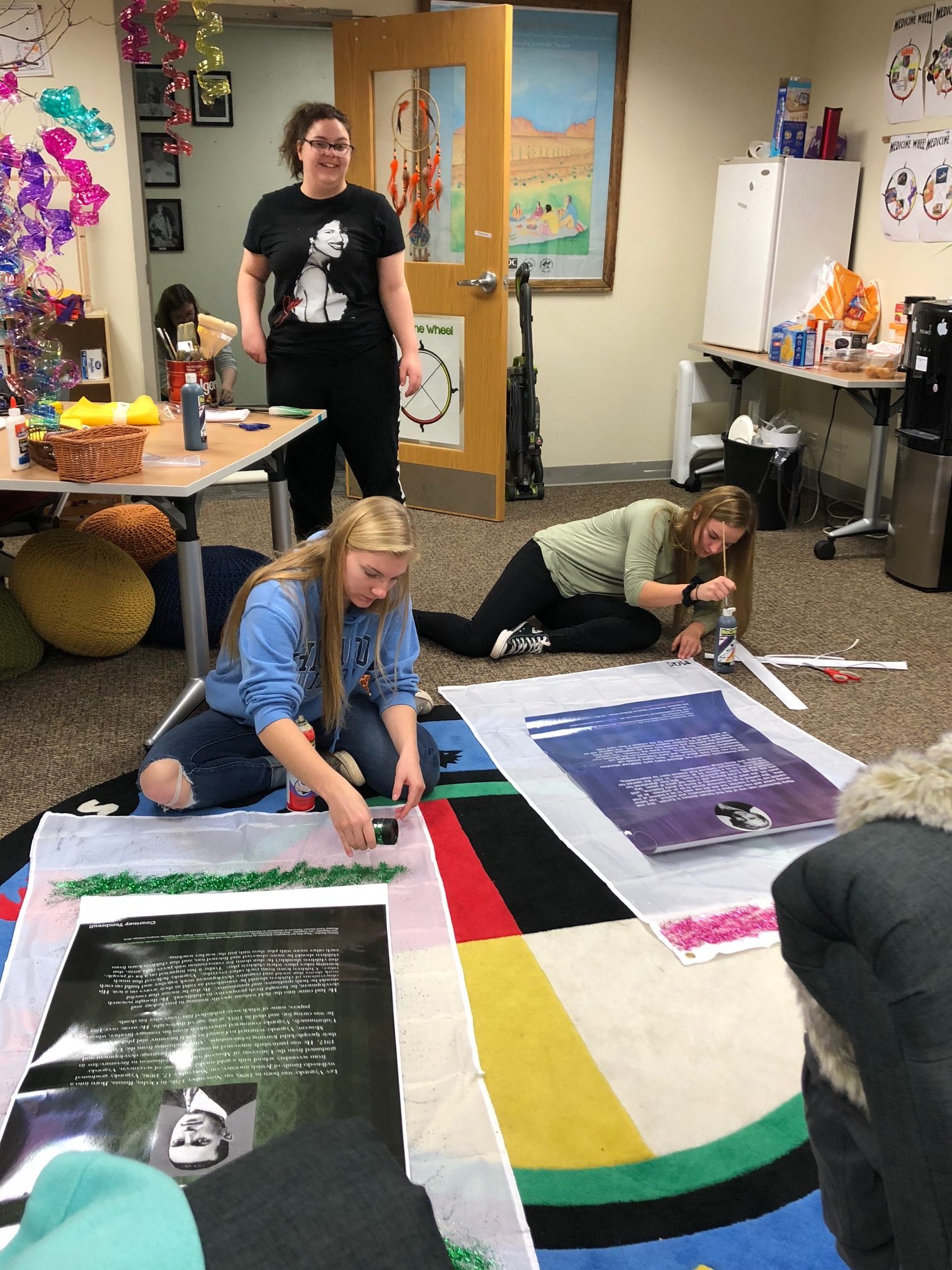 Early Childhood theorists have influenced educators’ practice in science, technology, engineering, and mathematics (STEM) for many years. Through the Gimaadaadizimin (We All Start A Journey) Project, supported by the American Indian College Fund’s For the Wisdom of the Children: Strengthening the Teacher of Color Pipeline, the Early Childhood Education Department at Keweenaw Bay Ojibwa Community College (KBOCC) have strengthened and expanded our future teachers’ knowledge in STEM.

Early Childhood Education students at KBOCC had the opportunity to learn about five compelling theorists through the book Theories of Childhood; Dewey, Montessori, Erikson, Piaget & Vygotsky by Carol Mooney. The author introduces the students to each theorist and “sews” an explanation of theory to practice including the impact on children, teachers, and the classroom throughout the book.

The future teachers in KBOCC’s Early Childhood Education program took Mooney’s book one “stitch” further. They threaded the needle and connected the theorists’ work to STEM through research, a poster, and a presentation. They knew that these theorists influenced STEM, but the real question was, how? 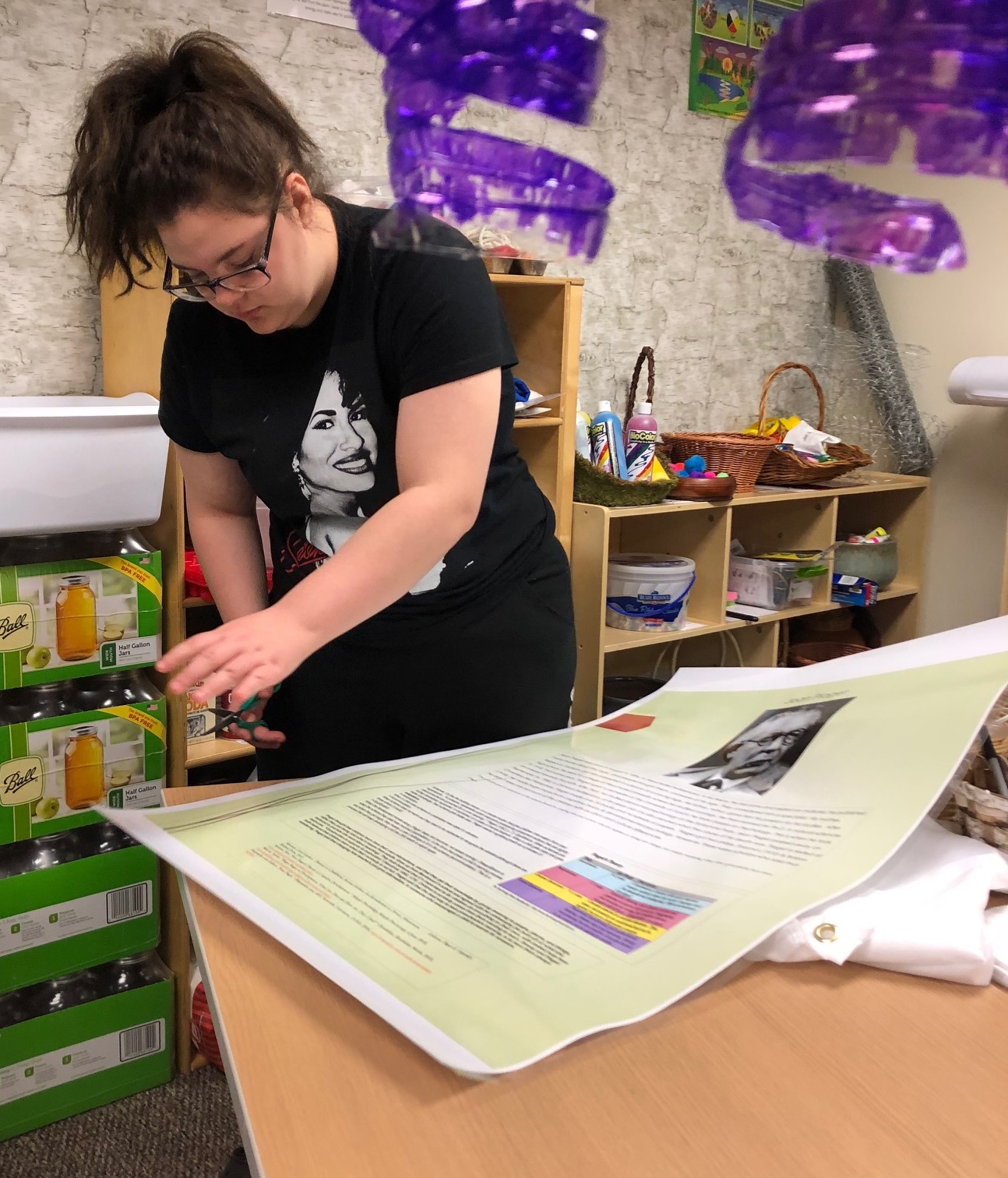 A current student, Ayeasha, stated, “Piaget’s work and theories began in the sciences, particularly environmental science. Piaget was intrigued by mollusks; he wrote books about them in his teens. The people thought he was an expert on the topic. When he was in college, he even studied zoology and later on studied psychology. His work in schema is relevant to neuroscience and cognitive development.”

Jennifer, a new enrolled student in the program, described how Montessori presents a learning environment engineered with child-size furniture and equipment. She created specifically designed materials for children to learn one concept or skill at a time by exploring and manipulating these materials.

Students Janna and Hope shared Erik Erikson stages of psycho-social development. They elaborated on the importance of this work for every early childhood educator because it shows how children develop the foundation for social-emotional development and mental health. The students believe that each stage represents math based on age of development.

Courtney’s theory choice was related to technology and math whereas Alexis’s focus was on the science of play. Courtney emphasized that Vygotsky came into the field without specific training in psychology and development and brought fresh perspective to childhood. He thought research should be both qualitative and quantitative—that careful observations of children should be considered as valid as their scores on a test. His technical work shows that social and cognitive development work together and build on each other.

Alexis expanded on this idea. She presented research about children learning from each other every day. She said, “Vygotsky believed that much learning takes place when children play.” She remembered how Vygotsky really emphasized the importance of a child’s culture and the surrounding environment. Adults that surround the children/child have a high impact on how the child will learn, like memory strategies, something as simple as how a child chooses to remember things is culturally based according to Vygotsky’s theory.

Vygotsky talks about MKO which stands for “more knowledgeable other,” who is a person that knows more than the child and can help take them a step further in their work. Closely related to the “more knowledgeable other” is the Zone of Proximal Development, which is the most important time to give a child guidance to help them develop skills to get from the step of “what I can learn with help” into “what I can now do myself.”

In conclusion, the “thread” reaches back to the work and ideas of Dewey. He focused on integrated teaching and learning as early as the turn of the century. His theory of experiential learning is one of the first “strands of thread” easing its’ way through the head of the needle to connect a theorist to science, technology, engineering, and math.