TOCC’s GED Program Is a Game-Changer

Living on an Indian reservation the size of a state and shuttling between three tribal college campuses and six satellite offices can be a monumental undertaking—especially when access to transportation is limited.

Tohono O’odham Kekel Ha-Mascamakud (Tohono O’odham Community College or TOCC) is located on the Tohono O’odham Nation in southern Arizona. The main reservation is approximately the size of Connecticut, extending to the west of Tucson to the east of Ajo. The northern boundary of the reservation is south of Casa Grande, while the entire 70 miles of its southern border also runs along the international border with Mexico.

Transportation is a big issue for TOCC students because of distances between communities on the nation and students’ lack of transportation. Some tribal district governments provide transportation to students wanting to attend class at a local site. Students attending class at Wisag Kos have the advantage of riding the college shuttle.

At TOCC it is a success when students enroll, but next they must overcome lack of access to transportation, low confidence, worries about passing practice tests, and passing the final GED test. 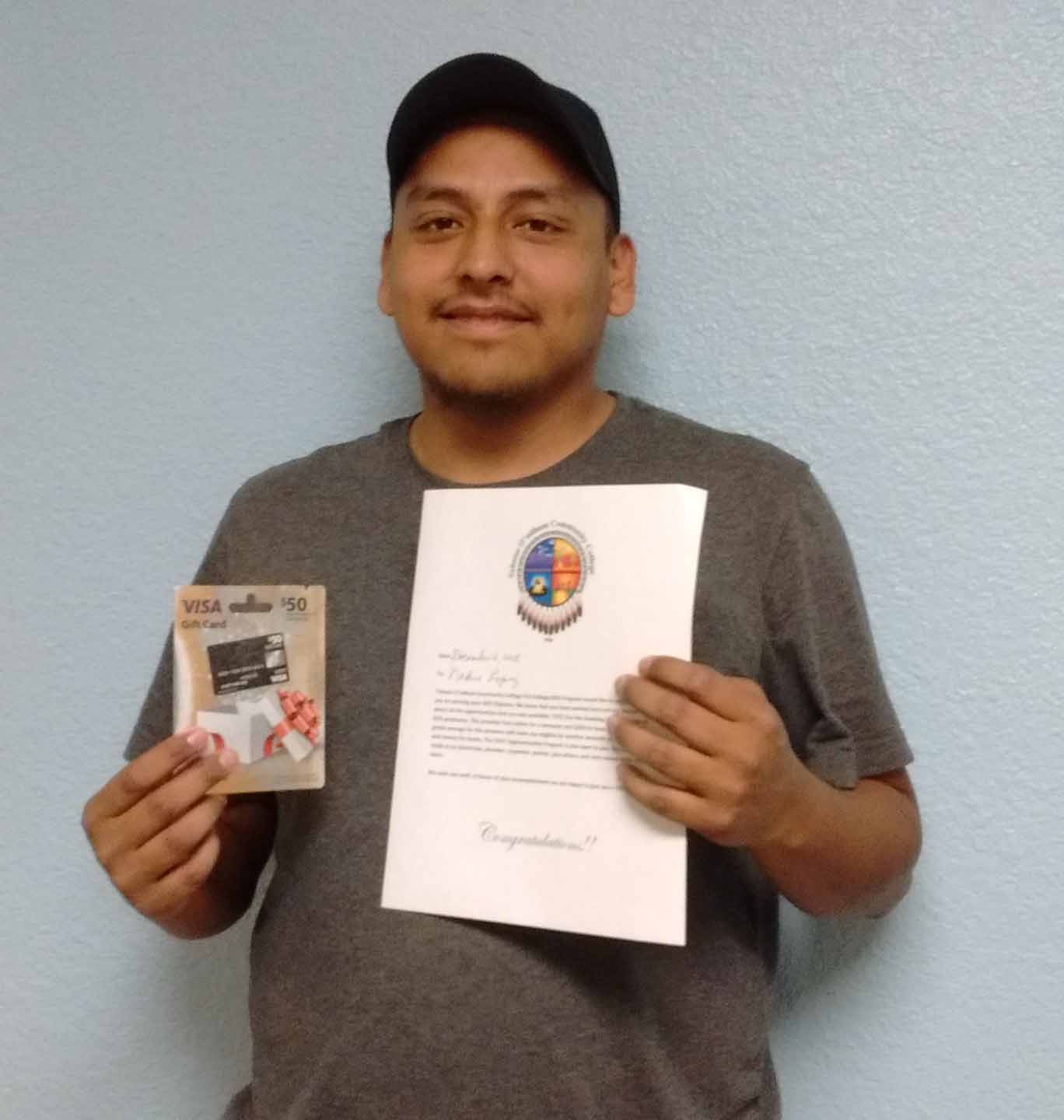 The American Indian College Fund Dollar General grant has helped TOCC GED students succeed. TOCC defines program success from taking practice tests and passing any of four GED tests to finally earning a GED.  This funding allowed TOCC to purchase GED Ready Practice Tests, GED tests, and GED Retake vouchers, as well as the Civics test voucher. Civics is required by the state of Arizona. By taking practice tests, students know what to expect both in subject material and test format, allowing them to hone their subject matter skills and test-taking techniques to ensure that they will succeed. 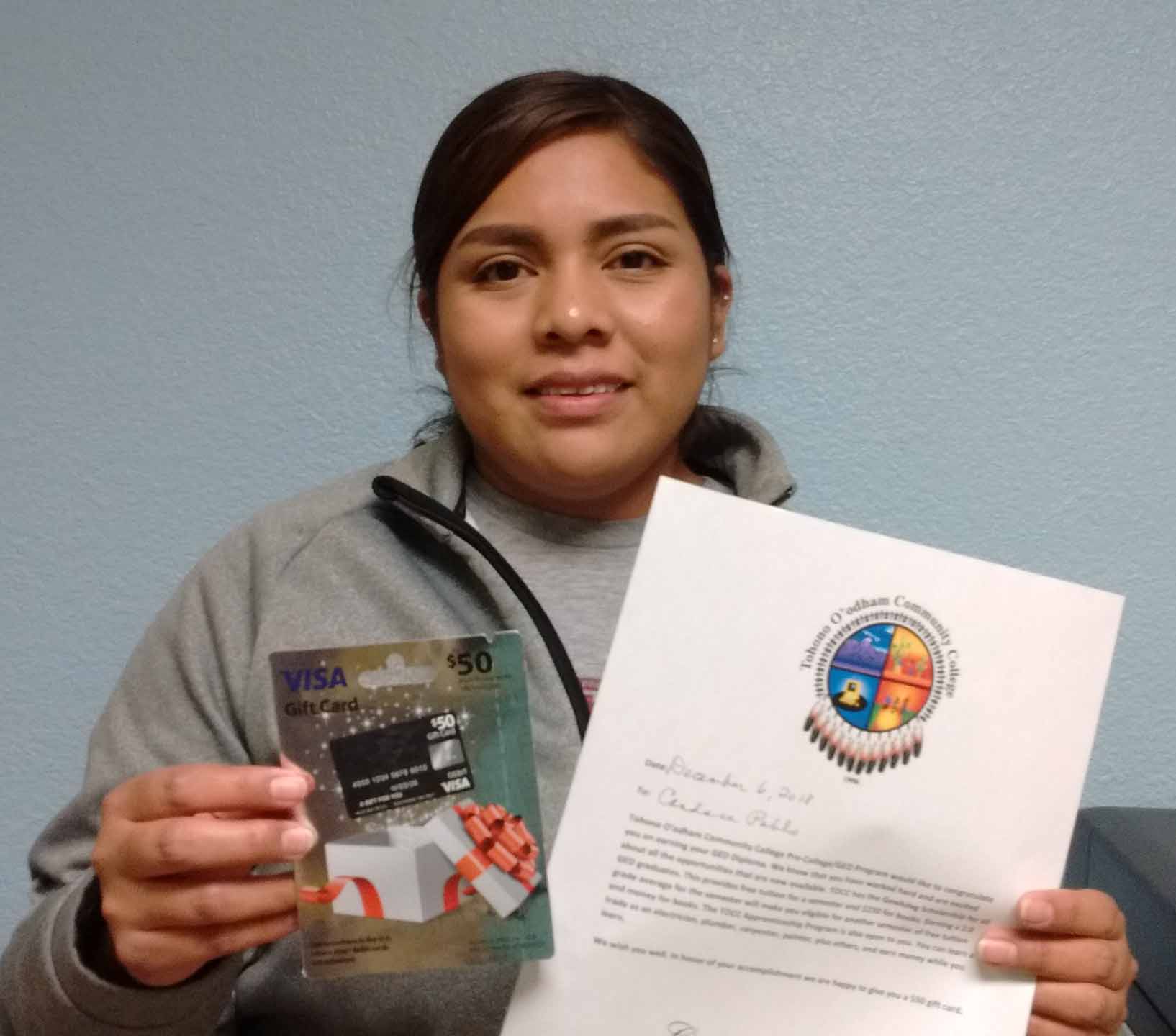 Students have come to see the practice tests as a way to improve their skills and taste success and are now more willing to participate in GED programs. They now also see the final GED tests as a goal to achieve rather than an insurmountable fear. Retake vouchers are available in the event a student does not pass a test. For some students, retaking a test has led to earning a GED.

Thanks to the availability of practice testing tools, students’ confidence levels have improved and they go on in greater numbers to pass the GED test. Graduates are given a gift card to honor their achievements.

Receiving that certificate is a game-changer for many graduates. TOCC encourages GED graduates to enroll in TOCC college classes to take the next step in their educations. Graduates are eligible for the Gewkdag Scholarship, which provides a semester of free tuition and $250 for books. Earning a 2.0 GPA the first semester means students can receive a second semester of free tuition and money for books…and continue their trajectory of success!