Traditions for Native Grads more than Feathers, Moccasins and Regalia 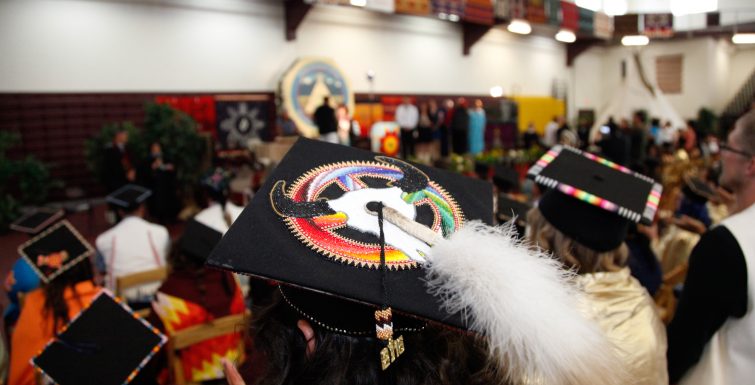 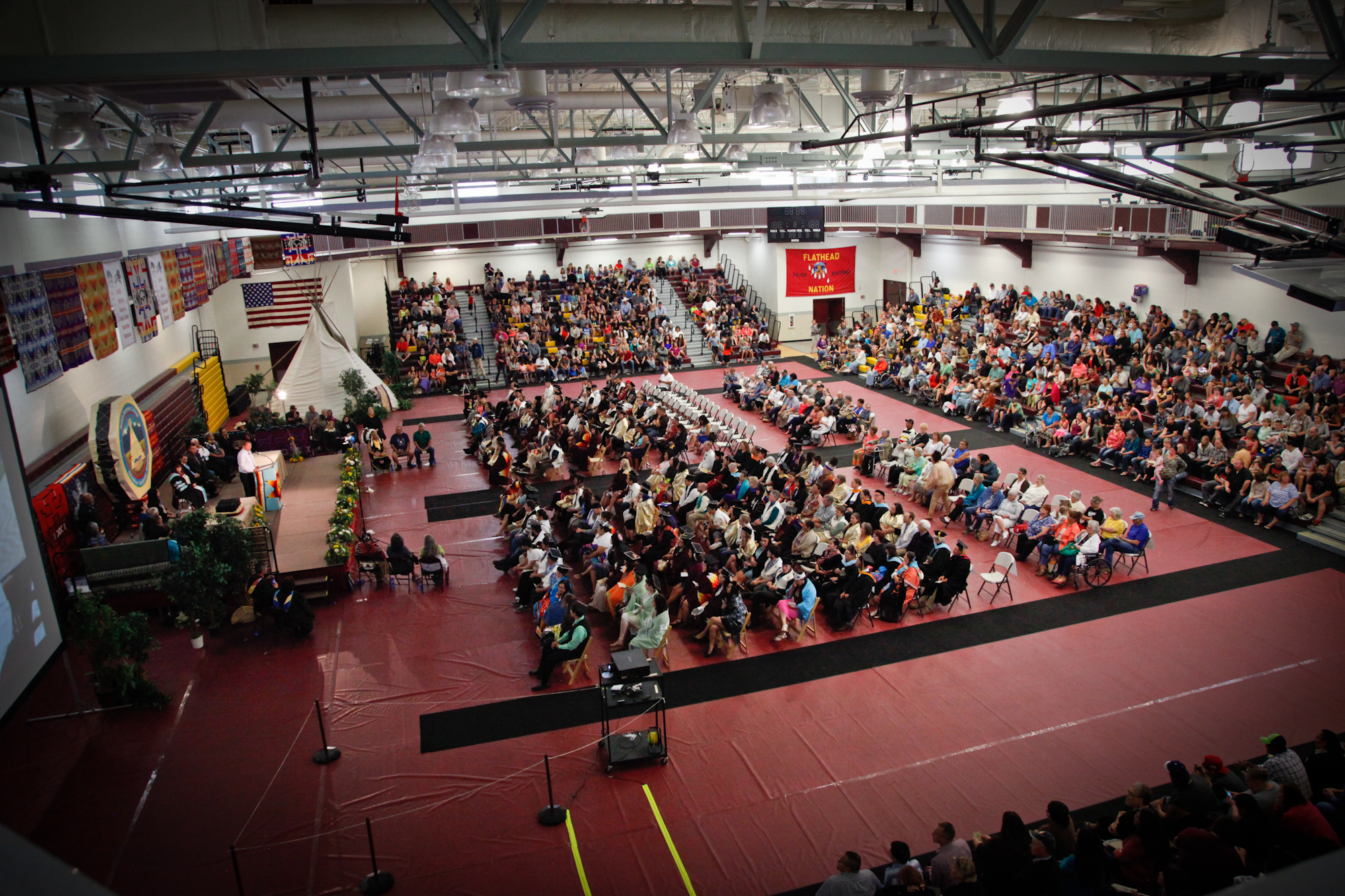 Last week the 2016 graduating class at Salish Kootenai College (SKC) celebrated its graduation. Located on the Flathead Indian Reservation in Montana, SKC has served the Flathead Valley since 1978. This year  the school awarded baccalaureate degrees in the arts and sciences; associate degrees in the arts and sciences and associates of applied sciences; and and certificates to 127 graduates.

Native scholars in the education and nursing programs marked their milestone occasion with a pinning ceremony in the theater, professional educators took an educator oath and declared their dedication to the profession.  Their pins were presented to the graduates and pinned to them  by someone who played a major role in the completion of their degrees and dreams. Spouses, parents, children and mentors made up of those  privileged to help them celebrate their accomplishments.

The nursing program celebrated its 25th year of offering a much-needed registered nursing program, only the third in the nation located at a tribal college. In addition to participating in a  pinning ceremony, graduates heard from a 1991 graduate of the nursing program, Nadeen DuMontie, and the faculty of the nursing department. To mark and celebrate their dedication, athe graduating upper-classmen lit the candles of an underclassmen to symbolize that they must follow in the graduates’ footsteps to complete their degrees and earn certification.  Graduates also recite the Modified Nightingale Pledge to provide encouragement for the class of 2017 to “be a responsible member of [their] community…do all in [their] power to elevate the standard of [their] profession.”

The entire weekend of celebrations was rooted in Native traditions. A drum and singers lead the grand entry and performed honor songs while many of the students wore Native regalia and dress instead of the common graduation robes worn  at most graduation ceremonies. Those who did not have regalia to wear had the opportunity to borrow a vest or shawl from the school.

Many students decorated their mortarboards with beads or messages. Wearing traditional clothing, including beadwork, moccasins, and shawls expressing their cultural values and tribal identities is almost as important to the students as achieving their goals.

Many graduates received eagle feathers or eagle plumes to wear alongside their tassels (some of which were completely beaded.)  As a traditional way of honoring one who achieves a feat, the graduates were honored and presented with these sacred feathers as a form of recognition with accompanying prayers, a practice that more Native students across the country are adopting.

Several of the graduates have more education ahead of them. Amanda, who transferred to SKC from Dinè College,  will go on to pursue a bachelor’s next year after earning an associate of arts degree in psychology this year. Natasha is now heading to graduate school after earning her bachelor of arts in tribal historic preservation.

Congratulations to all Native students who are graduating this spring. We at the American Indian College Fund are proud of your hard work and dedication that have culminated in a hard-earned achievement. We wish you the best in your future studies and career endeavors!