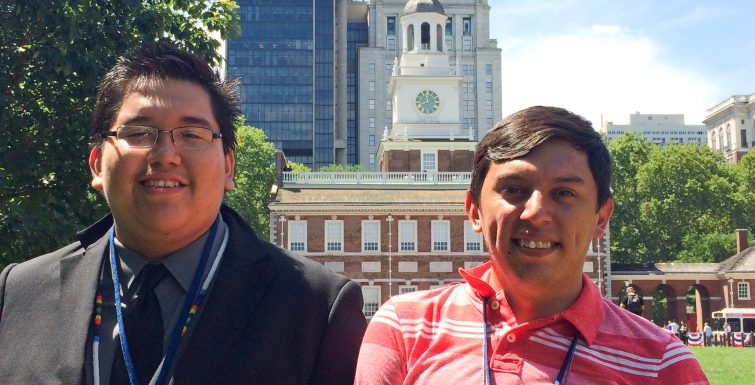 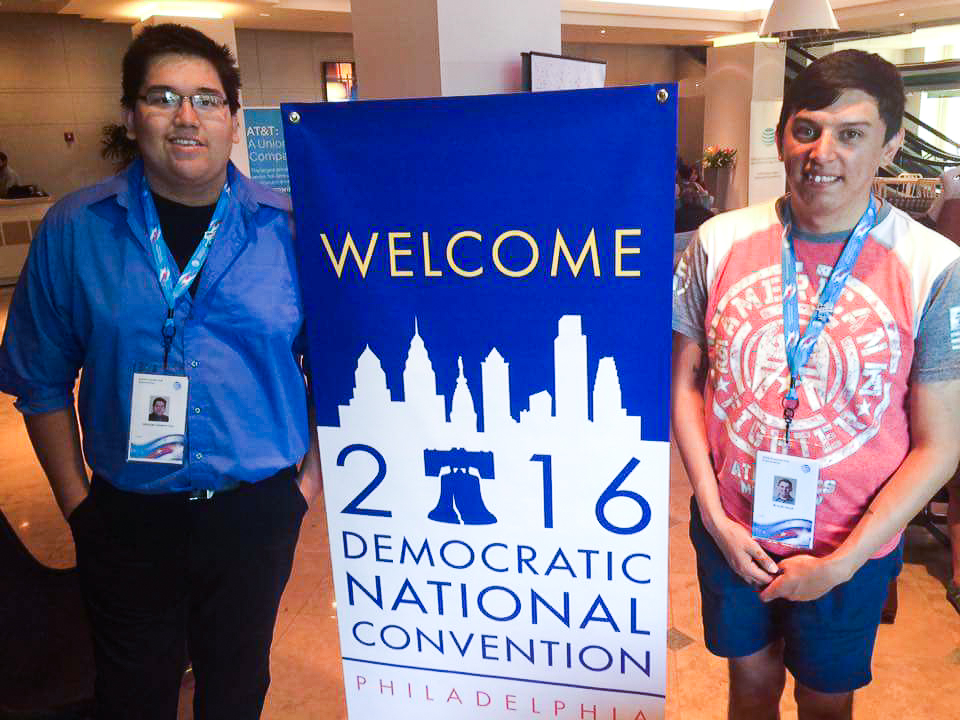 Tribal college students and Native Scholars Waycen and Brook are at the Democratic National Convention with our partner AT&T in Philadelphia.

Among the tribal nations and delegates represented at the Democratic National Convention this week are some of our tribal college students and alumni.  Two tribal college students are able to get this experience first-hand by not only attending the convention but also the other pre-convention activities.  Two ambassadors for the College Fund, Waycen Owens-Cyr and Brook Hoyt, are in Philadelphia this week thanks in part to a generous opportunity from our partners at AT&T.

The weekend leading up to Monday’s convention, the students were able to join other college students attending and meet many of the Natives representing their tribal nations and their home state of Montana. The first day was heavy with an overwhelming experience of being on the convention floor of the Wells Fargo Center where speeches by many dignitaries, including Bernie Sanders and Michelle Obama were heard.

Follow our American Indian College Fund Group page for their updates from the chaperone and College Fund staffer Jack Soto. We will update our blog for updates on the students’ experiences as they attend the Native Voices reception and talk about their experience volunteering for the Native American Caucus and experiencing the events with their state’s delegates.