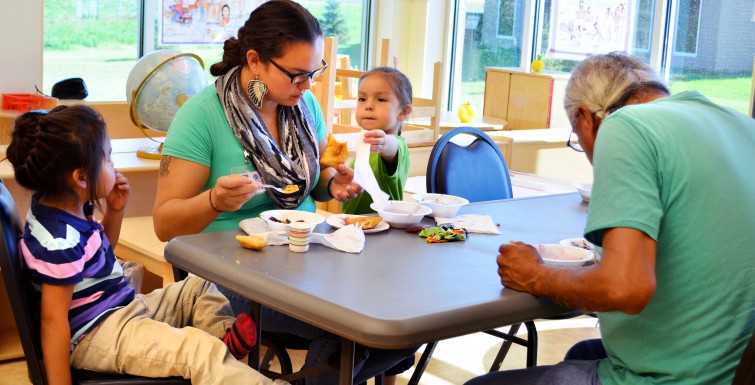 Lakóhl’iyapi Hohpí (Lakota Language Nest)
UTTC Parade – September 6 – The children and families of the Lakota Language Nest entered a float at the 2014 United Tribes Technical College – Parade of Champion’s and received the top award for the Youth/Cultural Group! During the parade parents of the children handed out information brochure’s and Lakota learning phrases. The candy that the Nest distributed during the parade were labeled with different Lakota phrases that we all prepared by the families of the Nest. We are super proud of our children and supportive families who came together to make this event a memorable one.

Back to School Night – September 11 – The families of the Lakota Language Nest gathered to the review and sign official policies and parent commitment contracts for the 2014 – 2015 school year.  A meal was provided and shared before Lakota Language learning games began for the whole families. 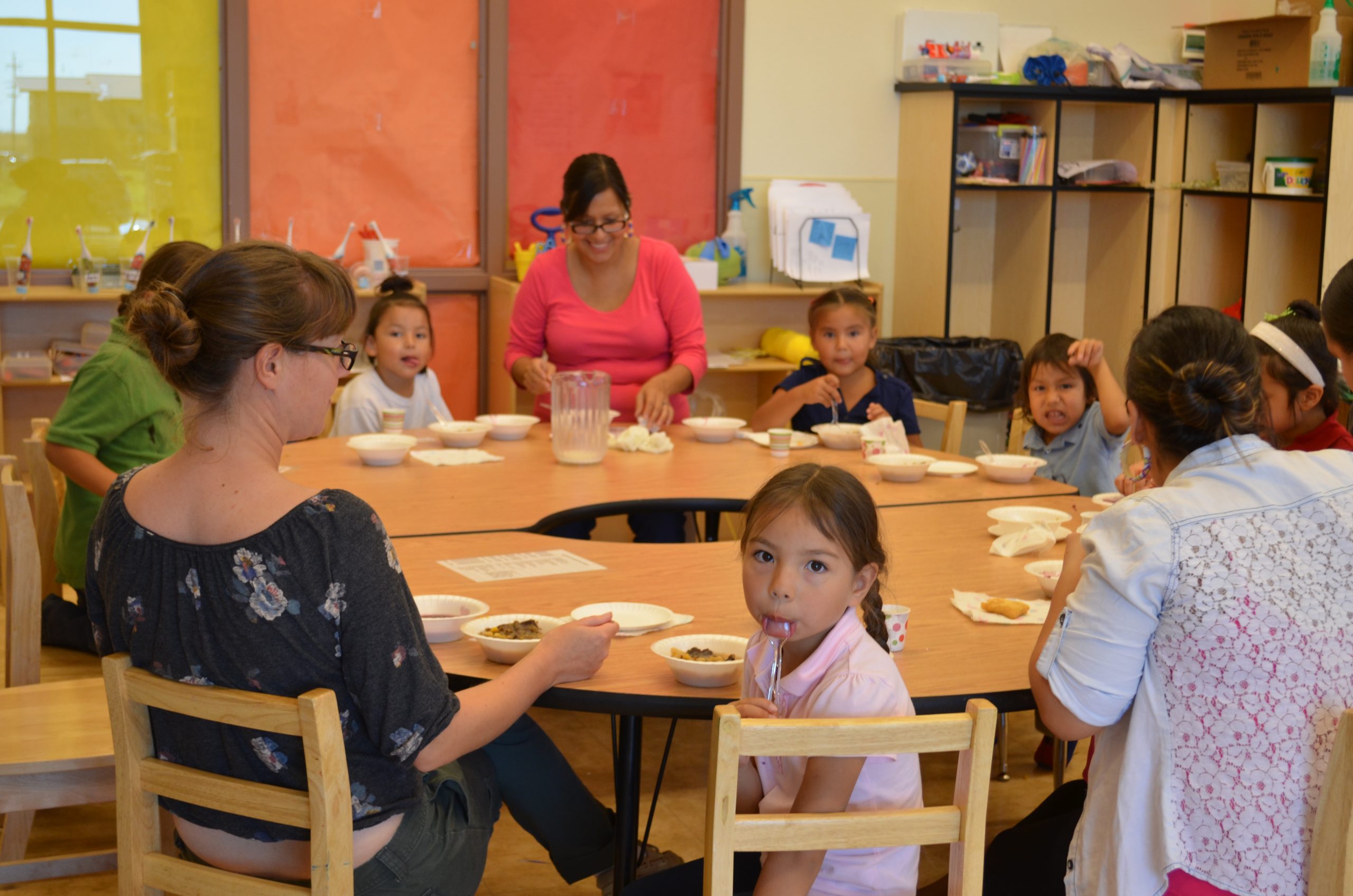 A feast in the classroom.

Traditional Meal – September 25 – A traditional meal of soup consisting of dried corn, dried meat, and dried prairie turnips called “wastunkala” was prepared by the cook that serves both the Lakota Language Nest and the Kampus Kids was shared with the parents and families of the both centers to celebrate Native American Day.

Parent to Teacher Meetings – A meal was provided for all parents before they were each met individually regarding their child’s progress in comprehending and using the Lakota language as well as how they are coming along in developmentally and an age appropriate manner.  The families were given a folder of examples from the beginning of the year and examples of work completed recently so that they could gauge for themselves the progress of their children themselves.

Trick or Treating – The Children of the Lakota Language Nest and Kampus Kids went around on the Sitting Bull College campus and were greeting by staff and faculty with treats for the occasion.  Parents accompanied some of the students

Parent Lakota Language Learning Classes – The parents of the Lakota Language Nest all signed a parent commitment contract at the beginning of the year to participate in a block of required Lakota Language learning classes that will enable the families to take the language into their home and use the Lakota language with their children. The classes are held on Thursdays, Fridays, and Saturdays for a six week block each semester.