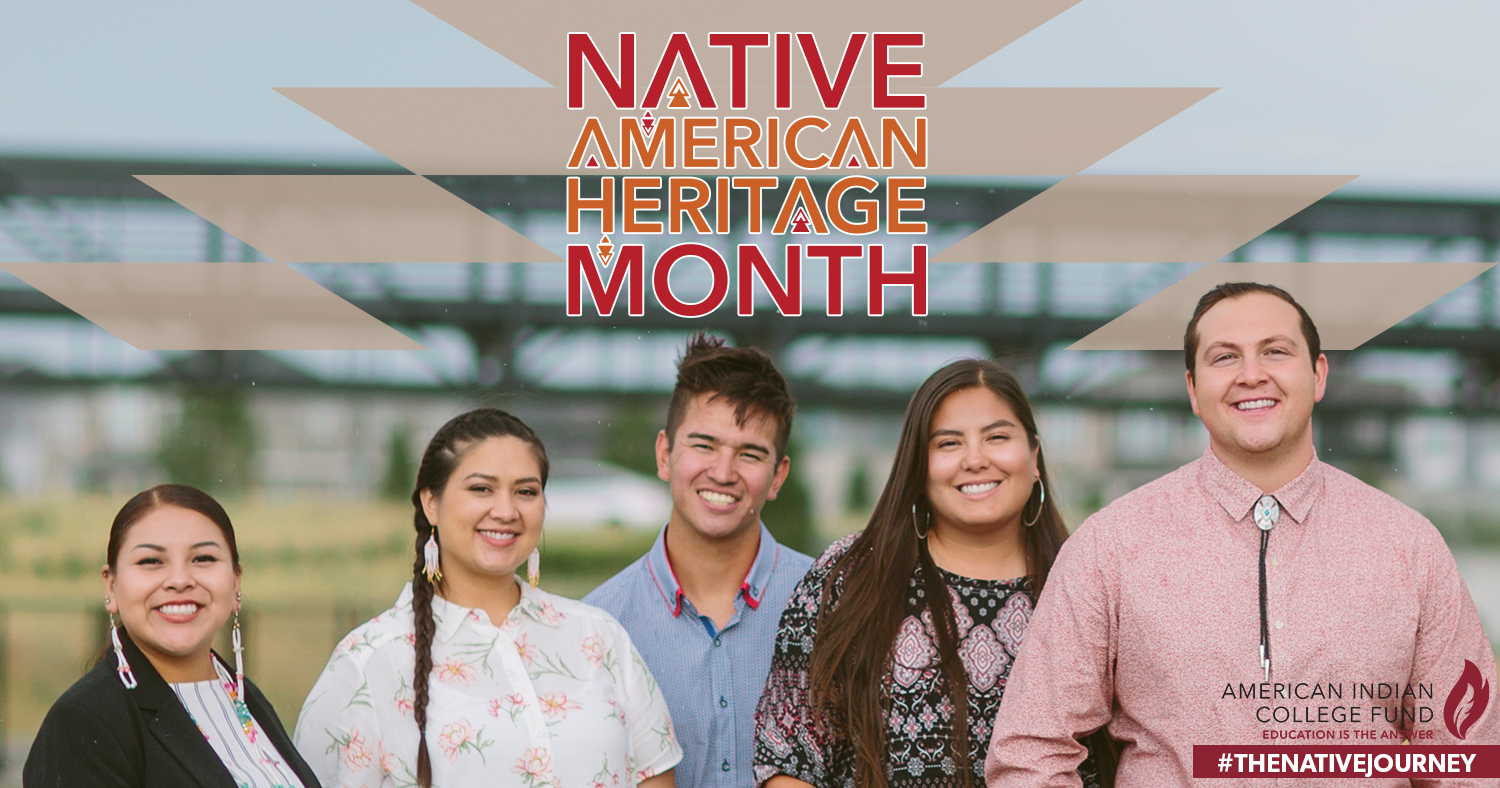 Denver, Colo., November 6, 2019 — Since 1990, November has been designated as Native American Heritage Month to celebrate Native people and their contributions to society. However, leaders with the American Indian College Fund are concerned that President Trump’s newly formed proclamation that November will also be considered National American History and Founders Month may divert attention from Native issues and undermine the experiences and role of Native populations in this country’s history.

“Native American Heritage Month allows us to honor our indigenous populations and for us specifically, the Native students we support,” says Cheryl Crazy Bull, president and CEO of the American Indian College Fund. “While we are pleased that earlier this fall, President Trump still proclaimed November as Native American Heritage Month, we worry that this latest decree impacts the American understanding of the repercussions this country’s founding had on Native people.”

Every November, Native American Heritage Month spotlights Native cultures with month long celebrations. Each year the College Fund uses November to celebrate the students and Native educational institutions it funds as well as amplifying student voices on issues concerning them and indigenous people in the U.S.

Reporters: The American Indian College Fund does not use the acronym AICF. On second reference, please use the College Fund.