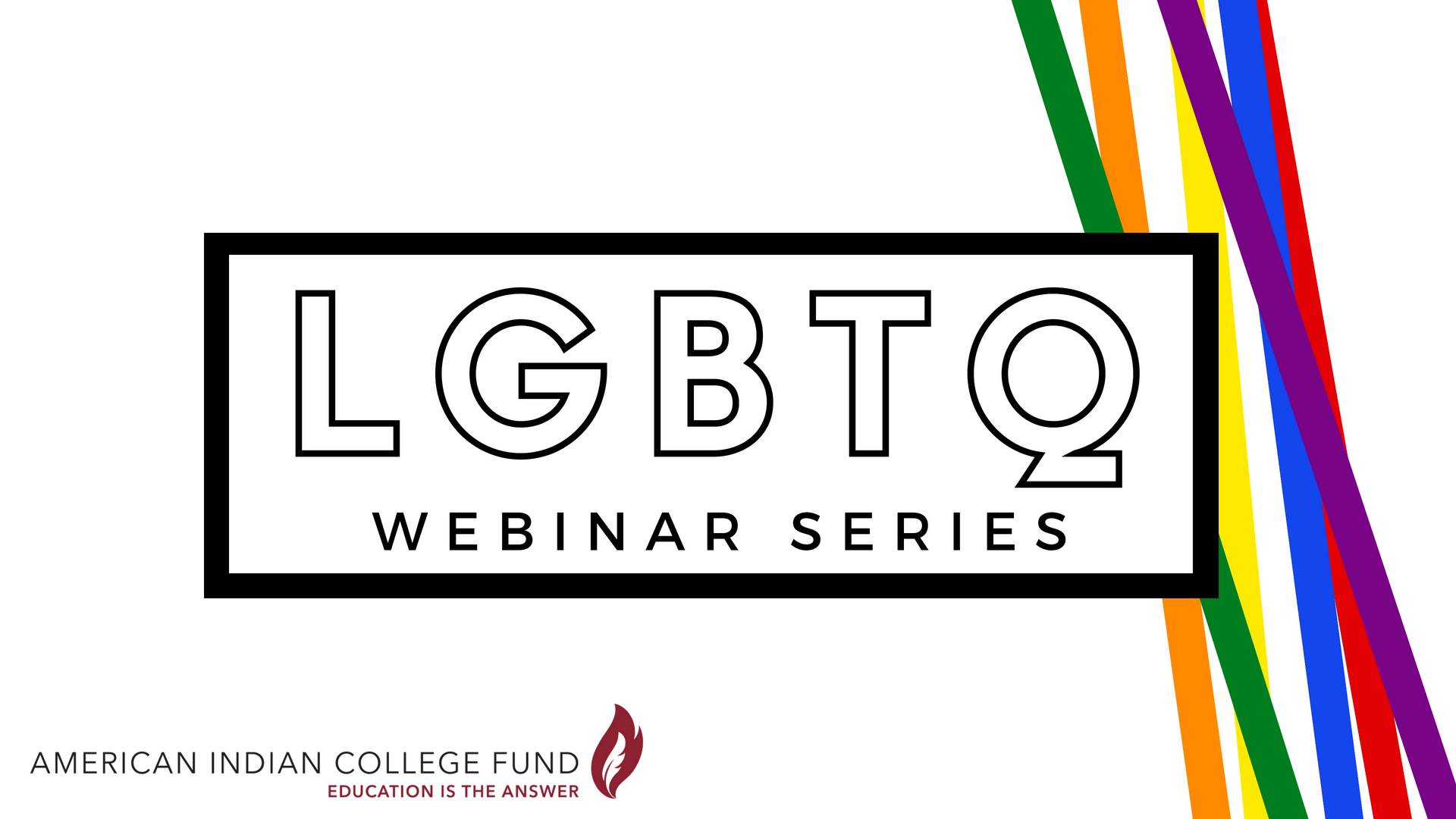 The American Indian College Fund created the LGBTQ webinar series to provide a resource for all tribal colleges and universities (TCUs) on awareness and understanding of campus climate, identity, and current College Fund initiatives. The acronym LGBTQ refers to lesbian, gay, bisexual, transgender, queer and other identities. The term Two-Spirit can be included in this acronym. Two-Spirit is a term adopted by Native American people to identify gender-variant individuals within their community. TCUs have a real need to access resources, support, and knowledge about their identity to enrich their college campus and education because of their community-based nature of the colleges and their influence on cultural knowledge in the modern world. This series was met with great support and energy to start programs/events, support student groups, and to garner leadership support at institutions.

The first webinar, Campus Climate and Inclusivity for TCUs, is an introduction into LGBTQ issues. To support growing efforts around the LGBTQ community, this webinar provides a basis for understanding why support and education is important at all levels: students, staff, faculty, community members, and leadership. The session emphasizes the environment in classrooms, offices, and other campus spaces. Providing resources and affirmative care programs in the realm of sexual, mental, behavioral, and health spans beyond the LGBTQ community and is an important aspect of catering to students’ knowledge of this topic. By providing terms, definitions, examples, and resources specific to Native communities, the webinar is meant to create awareness and resources for approaching LGBTQ topics, while also realizing that the family and cultural role in providing support for Native students are related as well.

The second webinar, Gender, Sexuality & Two-Spirit Identity, intends to provide a basis for understanding on how place and background play into conversations around gender and sexuality. It explores Two-Spirit identity and how the LGBTQ topic is considered in Indigenous spaces. There is an emphasis about the importance of conversing among the community to better understand how LGBTQ topics might relate to place and school. The student and individual perspectives can highlight more understanding in how students feel and react to situations. We pulled from one perspective where culture, gender identity and sexual orientation play a major role in how they operate within their community.

The third webinar, Student Reflections from LGBTQ Events at Tribal Colleges & Universities, gave the recipients of the ARCUS grant the opportunity to share their experiences of starting their own programs. The ARCUS grant was administered by the American Indian College Fund during the 2017-18 school year to four TCUs. We hear from a student from the Institute of American Indian Arts who talked about her struggle before receiving the grant and how this grant provided opportunities to share about these issues on her campus and seek support for other students. Haskell Indian Nations University’s LGBTQ events were student-led as well, and gained tremendous support beyond the institution. The community, outreach, and promotion led to amazing attendance and engagement.

There is much more work to be done to support LGBTQ students within our tribal communities. We hope the spaces that TCUs create will recognize the historical and cultural aspect of this issue while celebrating the sexual and gender identities of our students. We love our students and it is so important to show that love by supporting their whole identity and continued growth toward their future endeavors and achievements.

END_OF_DOCUMENT_TOKEN_TO_BE_REPLACED 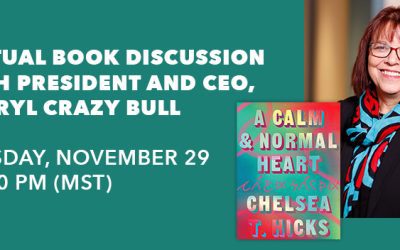