Sacred Books for Little Ones 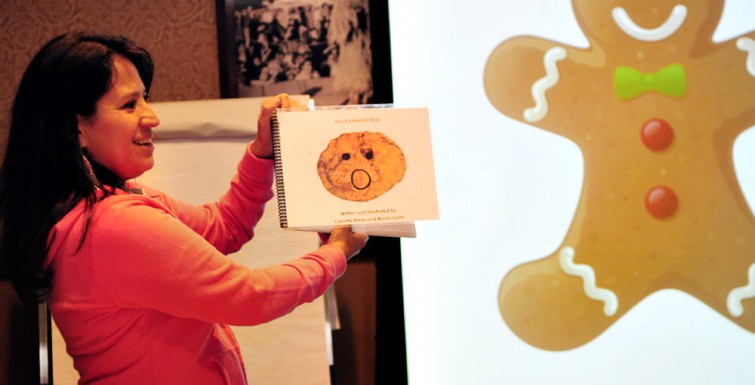 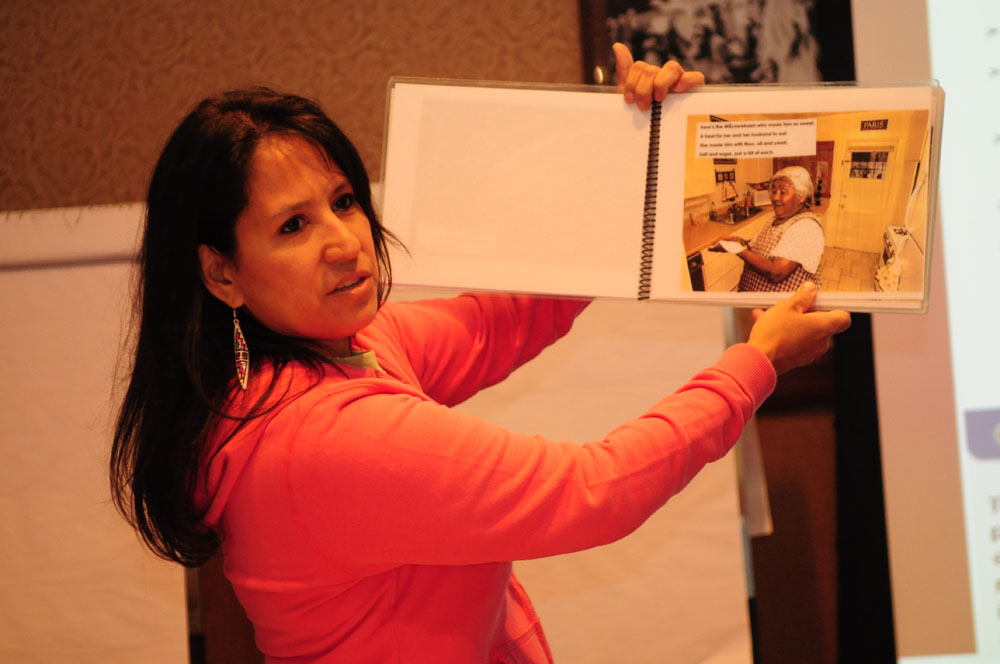 The grantees of this Kellogg-funded initiative joined up to share their experiences at their tribal college sites and expand upon each other’s emergent specialized knowledge and give a report on how their initiatives are impacting not only the young learners, but also the programs, communities and the tribal college students studying alongside in the program. This break-through initiative on how we teach young learners incorporates the cultural aspects of learning while preparing the needs of the students to be more successful in the classroom.  The TCU grantees presented their expertise and conveyed their best practices they have identified in now their third year participating in the program.

Incorporating their curricula to their early learning centers, the team from the College of Menominee Nation presented the 17 original picture storybooks created by the student teachers in one of their courses. These books are comprised of stories about the Menominee, the seasons, animals and other lessons for young children. Then they had the other three groups create their own books during the break-out session. Here are their descriptions of the activity they participated in:

“We did an activity where we choose a Lummi legend, The Crow and the Bear story. The moral of the legend is to not be a copy cat because you might get hurt. Instead of following the assignment (and being a copy cat) to use the Gingerbread Man framework, we did a Lummi legend. We worked together to illustrate the legend for Lummi children.” Sunshine Bob and the Sacred Little Ones team will be submitting their storybook to the Lummi culture commission for approval and feedback before they are distributed for use in early learning centers serving Lummi children and families.

During the Saturday session, the CMN team presented a workshop on making storybooks that we can use with our young children in our Learning Environment. It was an abbreviated hands-on practice to give an overview of the process. The team  feels it is easier to go back home and produce its own. The team realized that this doable and it has the resources and the basic skills. to produce fun, culturally relevant classroom material.

Tarajean Yazzie-Mintz, the Program Officer for the Kellogg-funded initiative from the American Indian College Fund describes the TCU programs and their best practices as exemplary models “driving the early childhood conversation from the Native [American] lens.”