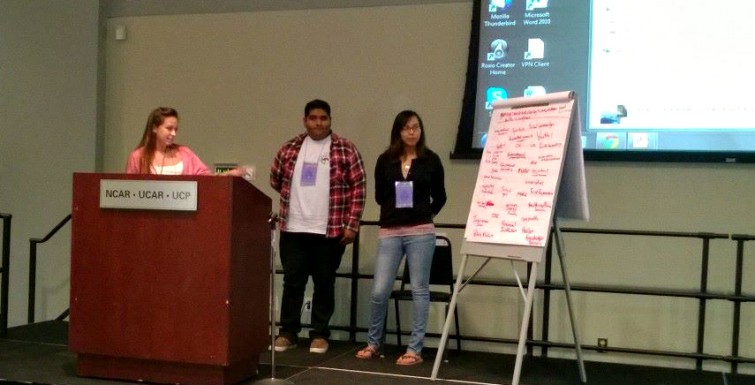 Making a connection to your culture can be a struggle to the say least, but once you find it it can be be one of the most fulfilling things of your life. I know this because it’s a path I have begun and will continue to follow. Although it might not be for everyone, because of other influences in our surroundings; or maybe you’ve tried and found that it’s not for you, you don’t feel that connection. With modern day technology we have the world and want something almost instantaneously, or we have/can’t find the time to sit down and talk to our elders. Whichever the case may be, I feel that these things are due for a change, for the sake of connecting culture to the new generations.

As far as Indian culture goes: songs, language, life lessons, everything is taught orally and in terms of doing. In the Tohono O’odham tradition it is called Himdag. It’s everything you do under the sun and moon.

A very good friend of mine, Amy, helped come up with a way to say this: Connection Himdag And New Generation Environment (C.H.A.N.G.E.) But how do we do this? I find it very simple: you just get out and live it. Learn what you can and share it, when sharing it don’t be afraid of any backlash because it will happen from time to time, and make sure to let others know where you’ve obtained this knowledge. Through C.H.A.N.G.E, Amy and her friends hosted a camp which was open to anyone who wanted to attend. They held various workshops: traditional men and women roles, beat making with a local hip hop group Shining Soul, sexuality 101, just to name a few. Inspired by this a few of my previous coworkers and I took on the task of hosting the camp, and with winter on our side. Whereas the previous hosts held theirs in the summer, winter is story telling season in the O’odham tradition and we were excited to be able to do that as well. Overall, we did just what the name of the camp promised.

As with most people, I was very hesitant at first to accept this new concept, because I remembered how hard it was to even sing the songs in my O’odham Language class in high school. I was afraid to pick up the sawkud (gourd rattle) and sing, and if we needed to use the restroom we’d have to ask in O’odham. I wasn’t ashamed, just afraid I wasn’t saying it right or singing the right way, even holding the sawkud and staying in sync with everyone was tough. I had built up this negative mentality in my head so bad that I didn’t wan to do any of it at all. It wasn’t until inspiration from friends that I felt o.k. with it, because they had the same insecurities I have, but seeing them in action and hearing them singing so well, I never would’ve guessed that they felt that way.

On my path I found a new way to feel an even deeper connection to the land; and of all places it wasn’t even on the nation, it was in Detroit, MI. My boss and I had ditched the conference we were attending and found a bike rental shop. We rode through an old train highway that had taken down the tracks and put in rows upon rows of flowers, the columns were covered with murals which told stories of the city’s history, and there was a nicely paved bike path that led from Lake Michigan to downtown Detroit. The next day, my coworkers wanted in on the action and again I had ditched the conference to ride bikes. Stuck with the need to get out and ride; when we got back home I bought myself a single speed olive green Benny SX road bike. I rode everywhere everyday, and went on longer rides on the weekends. I loved the feeling of the wind on my face, the smell of the jewed (land). It even opened my eyes to things I had never noticed: how much dogs truly love chasing after everything with wheels, how many beautiful flowers grow here. Getting in shape was a huge plus, but growing an even bigger appreciation for the land was the best.

It gave me a high that I’ve only ever heard runners describe; and then it hit me, because O’odham have always been great runners and it was a major part of the culture, that riding bikes was my way of running. I had found a way that connected me to my Himdag. Just as the horse became our brother, though, he native of our land and culture, he has become sacred to us. Although the bike is not a living thing, it is an example modern innovation. In a way I did the same thing I would if it were a horse: taking care and fixing it when it was needed. Just as you heard vehicles referred to as a “four wheel war pony” mine was a two-wheel. Instead of a pony I looked at it as a road runner, because it’s slim, fast, and could go in and out of obstacles.

It can be argued that simply riding a bike is not like running and can not be a form of tradition. Yet just as horses aren’t from our homeland, in that they’ve made their way into our culture. Ultimately it is how I made a connection, and with it I’ve found my sense of empowerment and spirituality. Just as pageantry has given those who are involved that same empowerment; it has become a new tradition. To breakdown the process: they’ve gotten together to learn songs, artwork, took the time to talk and learn from elders, bring awareness or fighting for a cause. As I was speaking to a friend about this, he talked about the lady who makes the crowns calling her the “crown weaver.” I immediately thought it sounded so cool. Just like the people who make song that come from their dreams, the “song dreamers.”

I don’t think we should fear change but embrace it while holding on to our older traditions. Because we can’t move forward without learning from our past, looking back; we can’t deny things have changed, even down to the language we speak now. There are new words that we’ve taken from old words or old ways of saying it. For example, today we say the number twenty two in O’odham as “gokko go:k“, but in the old days it was like solving an math problem and the answer is how we’d say it. Which was “two times ten plus two.” All of that was how we would say the number twenty two. We need new ways, not only that, but ways that serve the needs of our current environment. Just as our ancestors used what they had to work with them, we must be open to doing the same. Because without it ever growing it’ll lose meaning and cease to exist.

Ulrick is a student at Tohono O’odham Community College in Sells, Arizona.