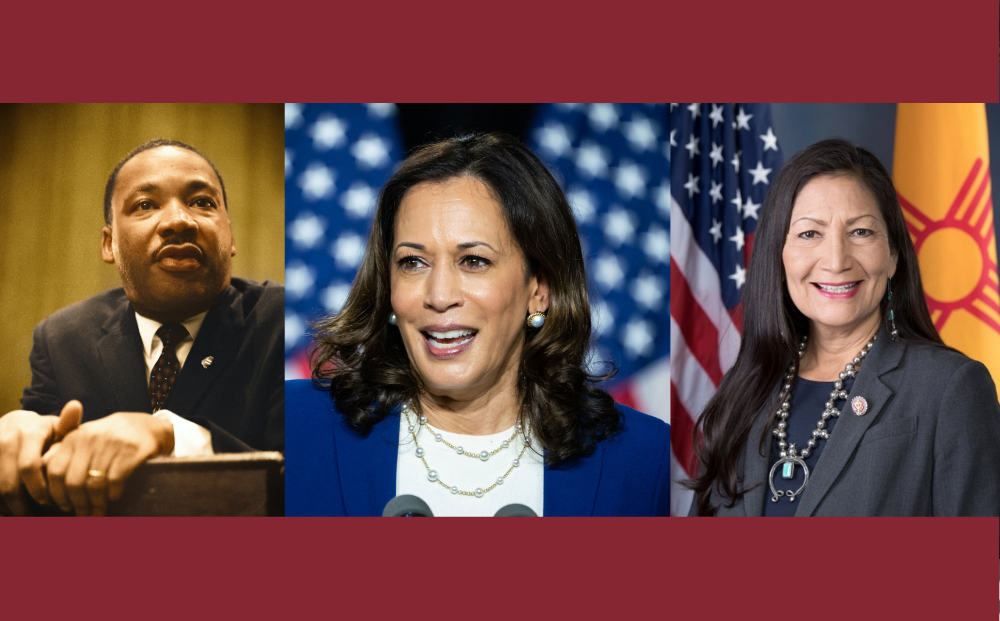 During a tumultuous time in this country, we remember the vitality and vision of Dr. Martin Luther King, Jr. Dr. King inspired us to remember there is incredible value in ensuring that all citizens’ voices are heard.

Dr. King believed deeply that the health of a democratic nation must be rooted in the rights of all people. Ensuring that happens from the highest levels of government is what Dr. King referenced as making good on a promissory note when he delivered his famous speech in Washington, D.C. on August 28, 1963.

“When the architects of our republic wrote the magnificent words of the Constitution and the Declaration of Independence, they were signing a promissory note to which every American was to fall heir,” Dr. King said. The promise was that all people would be guaranteed the unalienable rights of life, liberty, and the pursuit of happiness, and justice for all.”

We are seeing our country begin to make good on this promissory note through the highest levels of government. On January 20th we saw the first woman of color, Kamala Harris, make history as she took her oath to serve as the Vice President of the United States with President Biden–just three days after the nation remembered Dr. King, the man who dared to dream this was possible.

President Biden also nominated Representative Deb Haaland, D- New Mexico, to serve as the first-ever Native American woman to the position of Secretary of the Interior. The Department of the Interior is the federal agency charged with meeting the federal government’s treaty and trust responsibilities to tribal nations and protecting and stewarding the public lands of this country. For the first time in history, a Native American will oversee the management and stewardship of lands, waters, education, law enforcement, job growth, health care, and the implementation of technology on tribal lands.

Dr. King had a dream, but he was not just a dreamer, he was a doer. And making dreams come true requires doing.

Hundreds of thousands of people of color have been doing every day in America. In Native communities, the founders of the tribal college movement made their vision a reality. They created the first institutions of higher learning where Native Americans could pursue their educations and practice their revered cultures and traditions while earning an education and acquiring skills to serve their communities. Over the decades Native communities built on that vision. Today the American Indian College Fund supports 35 tribal colleges and universities (TCUs).

TCU graduates work tirelessly in our communities as educators, political leaders, health care providers, law enforcement officers, lawyers, business owners, scientists, farmers, and more to make their dreams and the dreams of their children a reality.

Even as I celebrate these historic milestones, I know there is more progress needed to ensure that our country makes good on its promissory note for Native people and all people of color. Dr. King’s vision requires that all people participate in our leadership, from the highest levels of our government right down to our town and city councils and school boards. Democratic government is not a trickle-down enterprise, administered by a select few who choose what is good for all. It requires that people from all backgrounds be at the table, representing their communities.

At the American Indian College Fund, we will continue our work to provide equitable access to a higher education for every Native American who wants one, while reinforcing the importance of civic education and engagement. We want and need more of our graduates at the table, representing our communities, so that every Native child can fulfill their dream—and Dr. King’s.