John Bogle, the Founder of Vanguard Group, was honored with the American Indian College Fund’s Billapaache Award at the 2018 Flame of Hope Gala on April 11 in New York City. Billapaache means friend of the people in the tradition of the Apsaalooke (Crow) people of Montana.

“Mr. Bogle helped to create a stable and sustainable organization, which allows us to provide much-needed resources to thousands of American Indian students each year,” says Cheryl Crazy Bull, President and CEO of the American Indian College Fund.

Bogle founded Vanguard, the financial investment company (valued of more than $4.5 trillion dollars today). He was named in 2004 by TIME magazine as one of the world’s 100 most powerful and influential people. That power and influence may be due to his ability to see the positive in situations, the ability to see hard work as a blessing, and the importance in helping others.

“I grew up in Montclair, New Jersey in a well-respected family. We had great community standing, but we had no money,” he says, noting the family lost everything in the Great Depression.

Some might have counted that as a disaster, but not Bogle. “I was fortunate to have had to work for what I had,” he says. “I knew the advantages of being an American citizen and being part of a community. I owe a huge debt to society for those advantages. I also owe a huge debt to the education institutions that got me where I am today.” Bogle is a committed alumnus of Blair Academy and Princeton University, both of which he attended on scholarships. To help repay his debt to these schools, he has granted more than 100 scholarships to students over the years.

The American Indian College Fund is one of many beneficiaries of Bogle’s generosity.

He is particularly attracted to supporting education philanthropies because education leads towards justice. “After all these years we are still very divided as a country. We are divided racially, divided by wealth distortion, and inequality in income. Clearly there is injustice in the lower sectors of our society. Education helps because with an education you know your way around: how to speak, how to use reading, writing and arithmetic to move yourself ahead.”

There are countless benefits that are not economic to an education, Bogle says. “A college education—and I am talking about a liberal arts education, not a trade education, though I agree we need more of that type of education, too—gets you questioning the world around you and seeing if you can make it better.”

He first donated to the American Indian College Fund because he says, “The injustice done to the cause of American Indians concerned me. I thought, ‘Why don’t I send a contribution?’”

That first donation lead to his appointment to the College Fund’s Board of Trustees in 1996, the same year he was scheduled for a heart transplant.

Bogle, who lives in Bryn Mawr, Pennsylvania, also has a home in the Adirondacks. “In case I didn’t make it [from the surgery], I wanted to leave a memory of me there at the lake,” he says. He hired Dale James, a famous carver through Northwest Indian College in Washington State, to carve a traditional totem pole depicting the legend of the eagle and the bear, with the eagle traveling between both the world of the heavens and that of earth. “At the time I didn’t know which world I would be in after my surgery.”

He weathered the storm. Bogle recovered with a new heart but no change in heart when it came to his principles. He was unflagging in continuing to repay his perceived debt: with Blair and Princeton; community organizations; the hospitals that helped him; and many other non-profits, including the American Indian College Fund.

Bogle says he doesn’t really have advice for the next generation of philanthropists. “I know how blessed I was to find a career path. I am not a giant but I have done very well. I have everything I want in this world. It’s weird to me to think of someone with a billion dollars on their hands. But I believe the amount one gives should be relative to one’s ability to give.”

Today, 22 years after a heart transplant and a long way down the road from the Great Depression, Bogle still looks at the up-side of life. Perhaps that’s to be expected for a man who saw himself as an eagle, depicted on his totem pole. 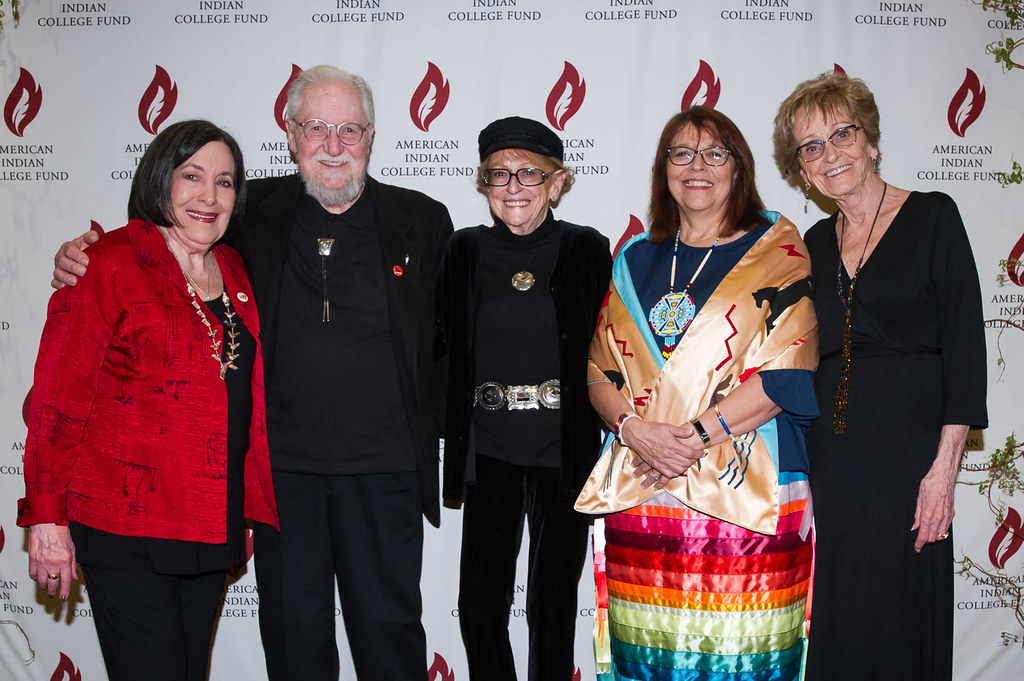