Denver, Colo., April 12, 2022—Spring is here and it is time to pump up the tires on your bicycles to build those quads while supporting the American Indian College Fund and its mission of providing Native students with access to higher education. Native Americans have the lowest higher education attainment rate in the nation, or only 15%, less than half that of the overall population. But with your help, we can change that.

The College Fund’s Facebook 200-Mile Cycle Challenge officially kicks off May 1. Sign up today and start completing your 200 miles now!

The College Fund held its first Facebook challenge in November 2021, raising more than $300K to benefit the College Fund’s mission and Native students. Let’s smash that record, pedal into spring, raise awareness of Native people and issues and help Native students access a higher education. You can enroll in the challenge here: https://www.facebook.com/groups/275112601354137 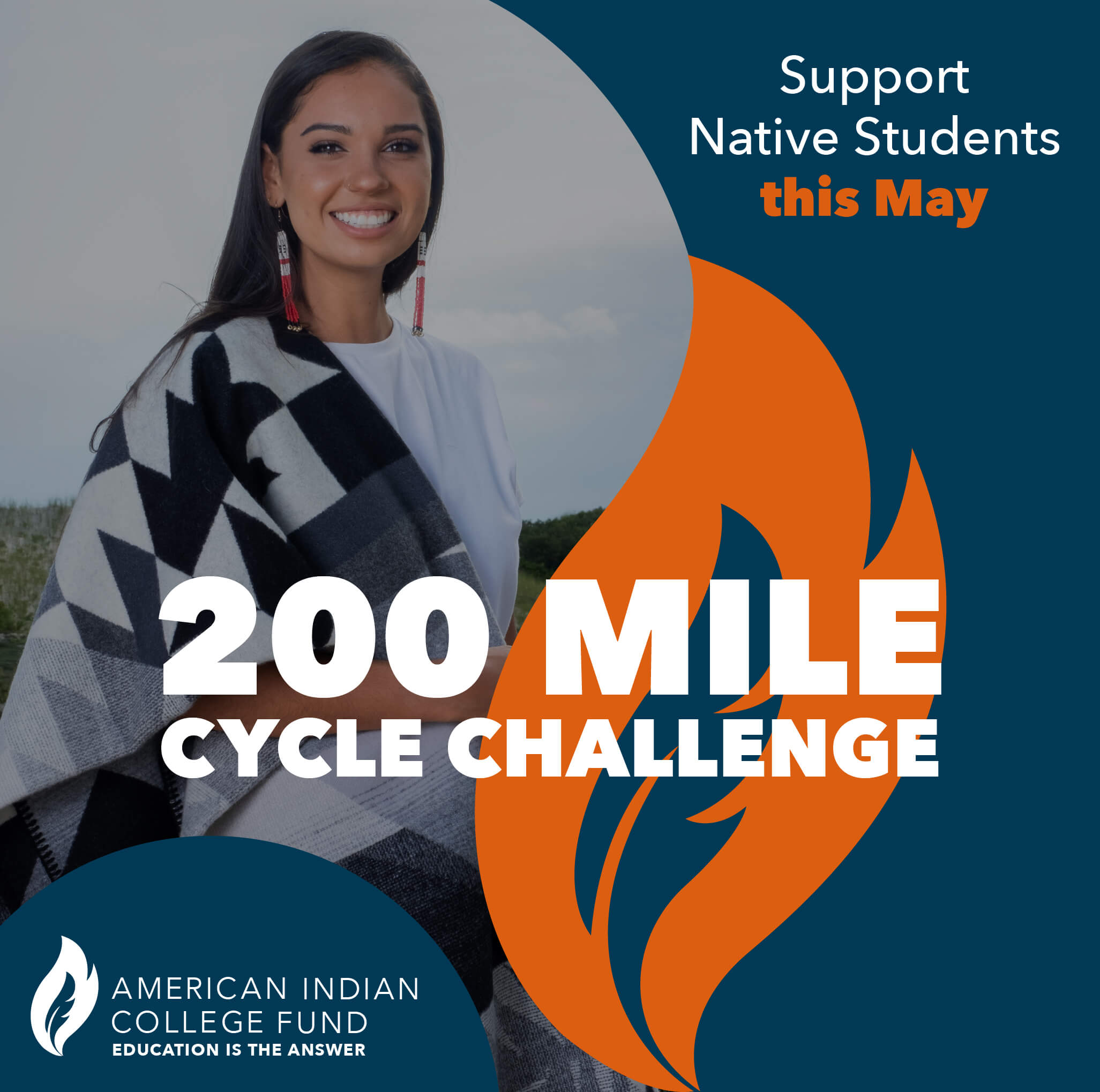 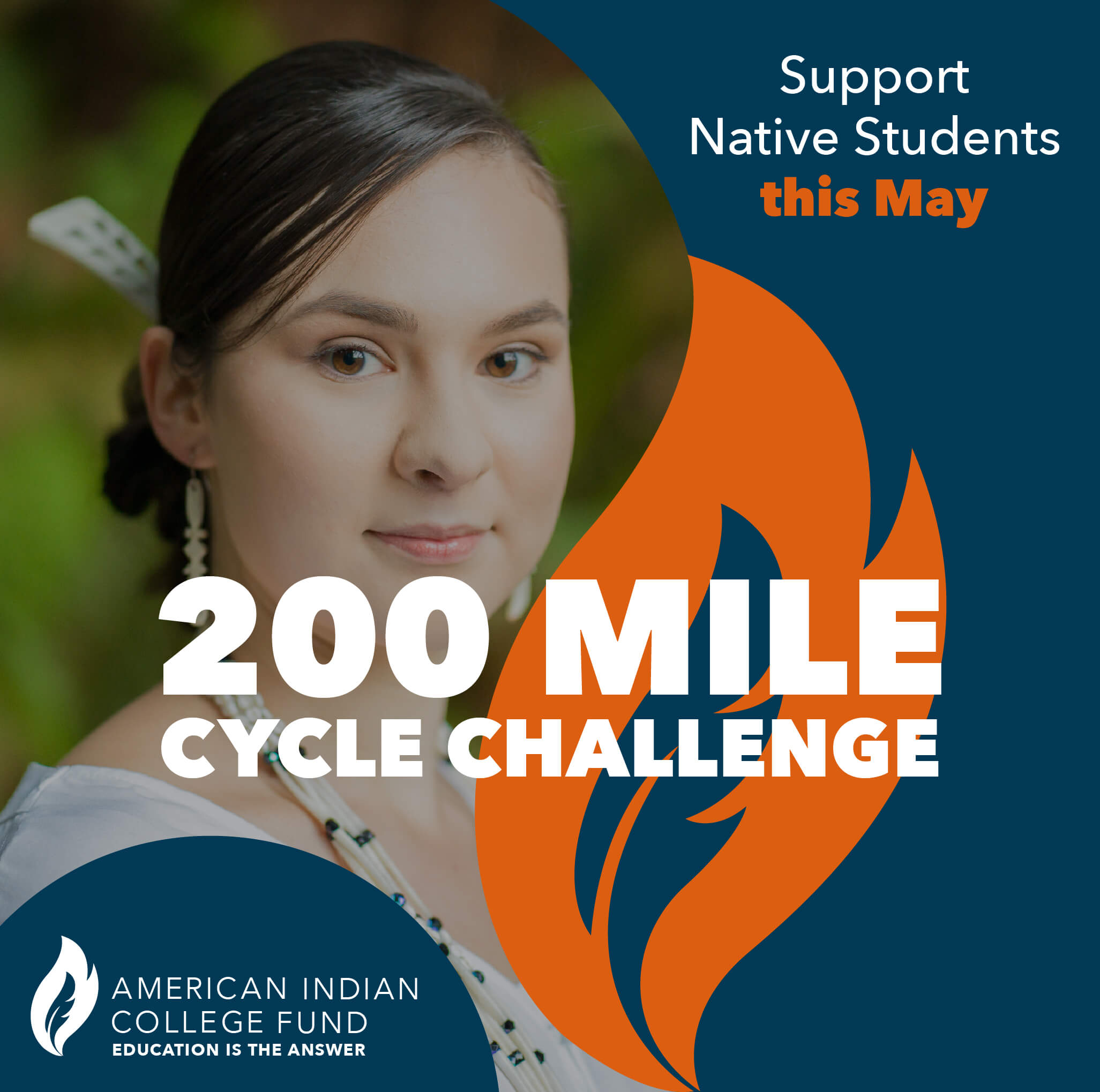 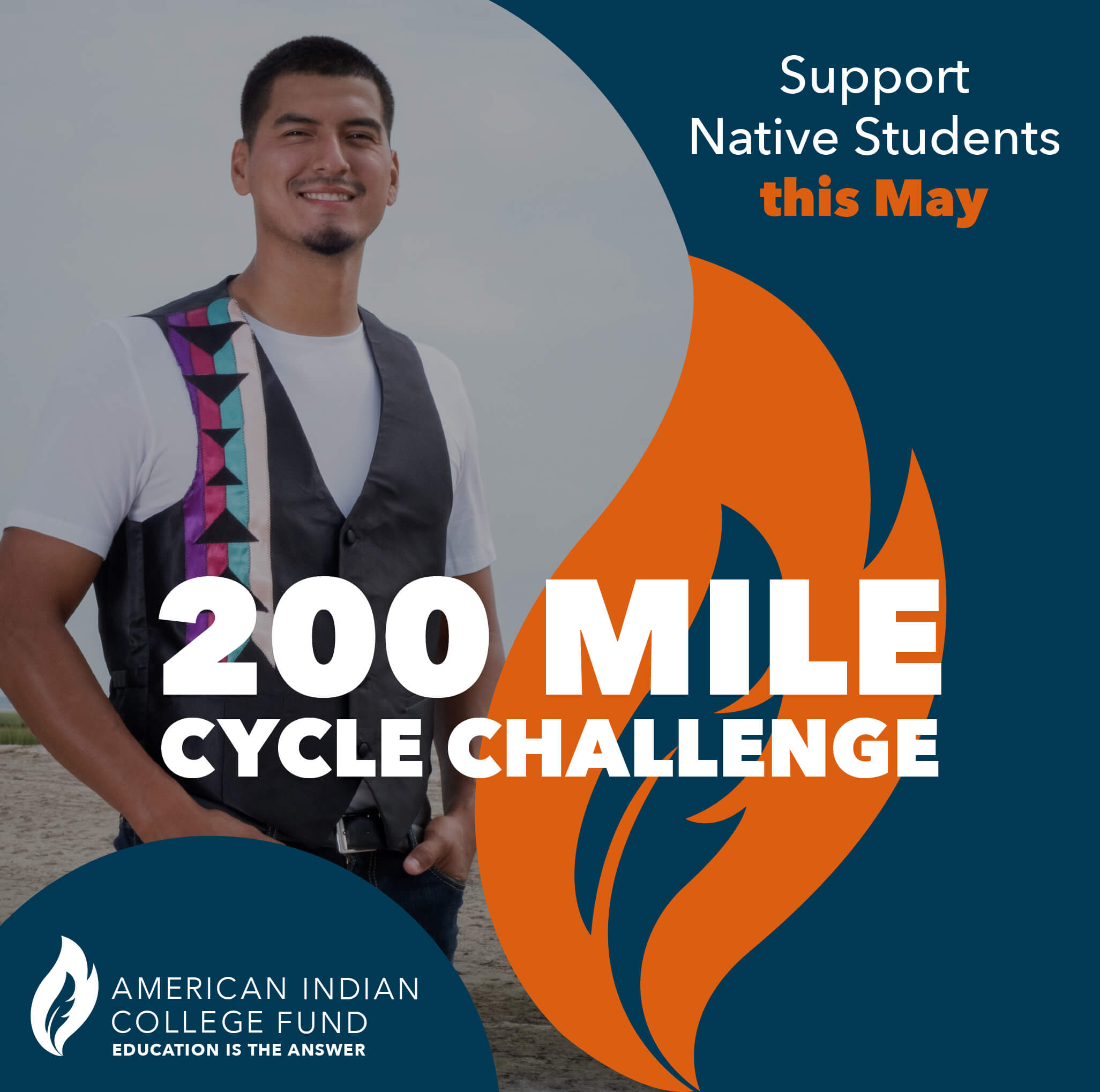 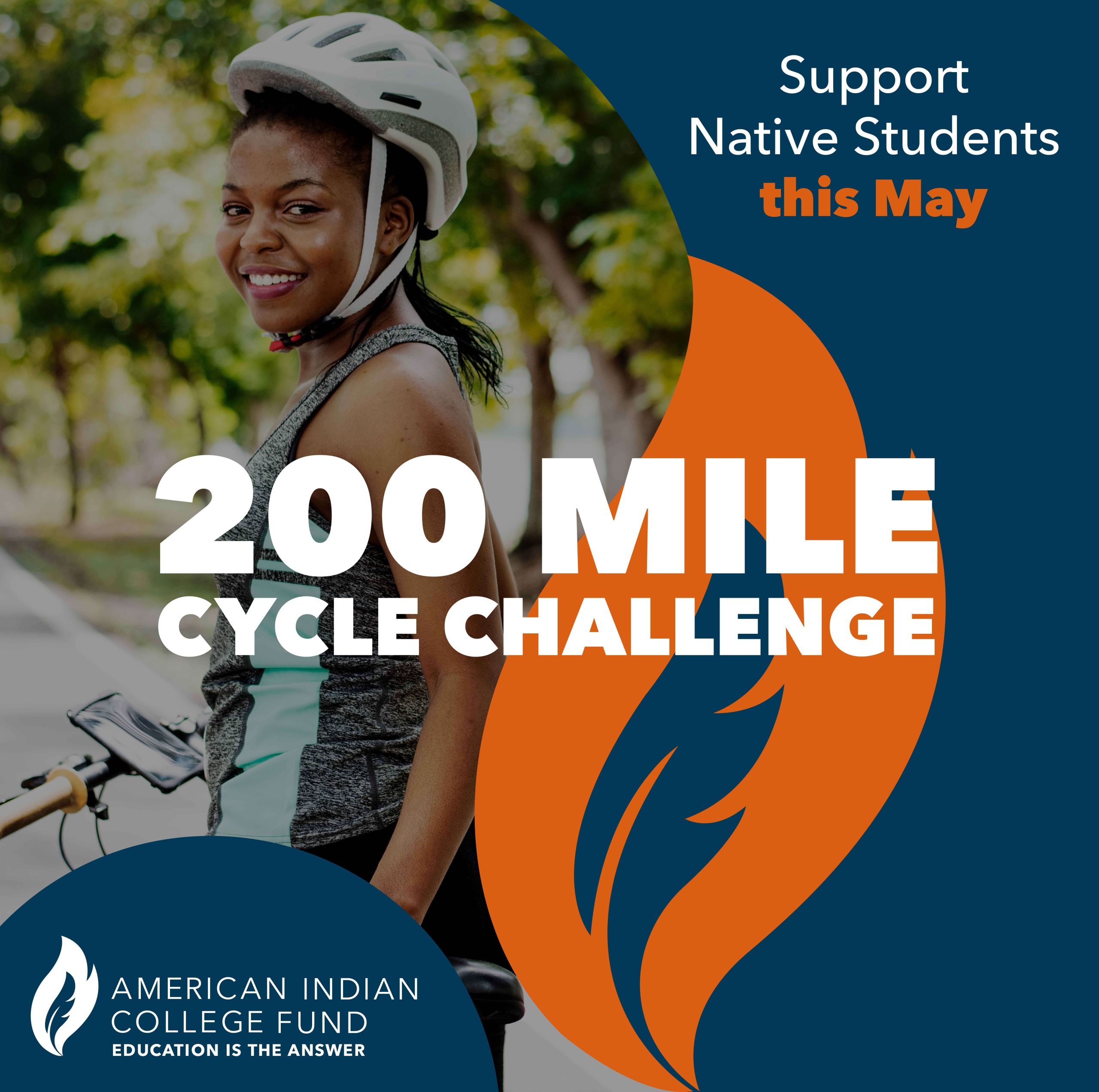