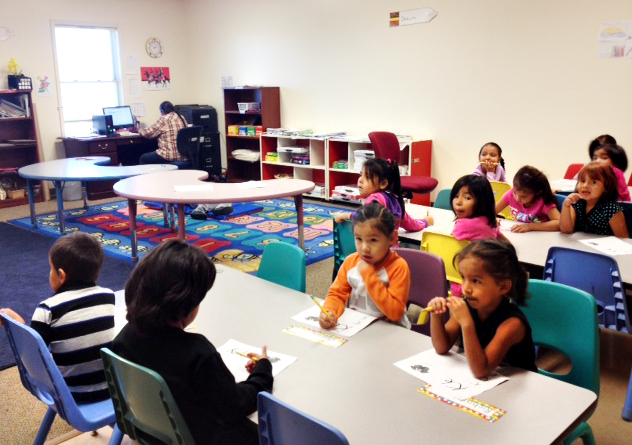 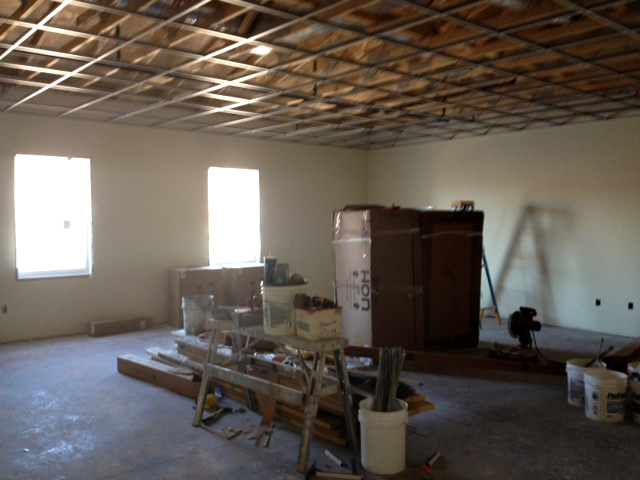 On Monday October 1st, my husband Alex Prue and I enjoyed a beautiful drive from the He Sapa (Black Hills) down through the Maka Sice (Badlands) across vast prairies and valleys of fall gold cottonwoods and red sumac into the homelands of the Oglala. We visited Oglala Lakota College‘s (OLC) main campus at Kyle.

Sitting atop a hill, OLC began on this site with a building shaped like a turtle and originally intended to house the Oglala tribal government. Marilyn Pourier, long time OLC development director, hosted my visit.  Several services are now housed at the Kyle site, including the historical and cultural center, the library, and the bookstore.  At the bookstore, Alex got to see a former student from his coaching days at Little Wound; she has been the long-time bookstore manager.  It turned out that her daughter, Sydnee, is one of the students who appeared in the American Indian College Fund’s Help a Student Help a Tribe public service announcement campaign.  The bookstore had hung a copy of the cover of Shape magazine in which her picture appeared on the bulletin board.

OLC offers many programs throughout their reservation and at one off-Rez location in Rapid City, but they are particularly proud of their Lakota immersion school. Housed in their multi-purpose building, the success of the school prompted an expansion that is now underway. It is impressive to see the commitment of OLC’s leadership, President Tom Shortbull, and their board to language restoration. We witnessed happy children in both the classroom and practicing soccer in the gym.

During my visit I learned that the college hosts artists at their cultural center throughout the summer for week-long sessions and has numerous partnerships with the Tribe and the National Park Service for tourism referrals.

We went from Kyle down to Pine Ridge before heading home to Denver. We enjoyed lunch at Sacred Heart Church’s lunch sale with my brother Harold Compton and saw entrepreneurship in action at the flea market and the church sales. 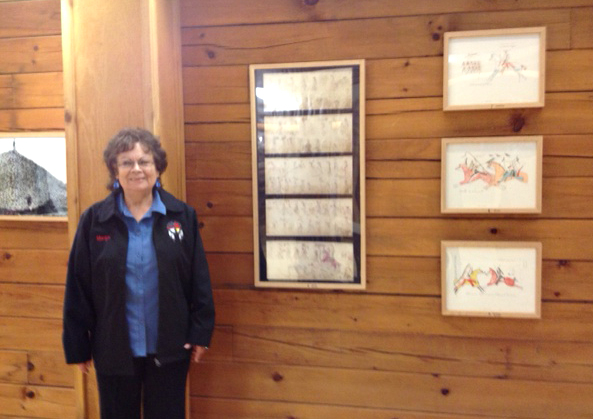