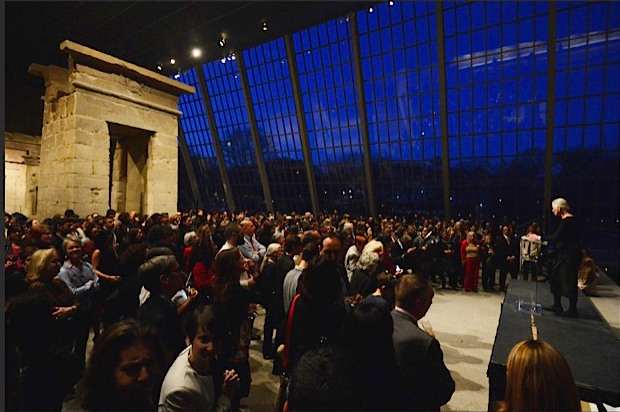 Gail says she was fascinated with American Indian issues ever since she was a child. She remembers her family moving from Chicago to the West Coast when she was five years old, and getting off the train in Albuquerque. She says she wandered away from her family to follow a group of Indians, her curiosity piqued by their colorful clothing and jewelry. That interest in Native cultures has spanned an entire lifetime.

As a young woman in California, Gail befriended a Native elder from the Chumash nation who she came to call “Grandfather” and his good friend Rolling Thunder. From Grandfather Gail says she learned about the many social and economic problems facing American Indians. “I talked with them about what I could do to help. Both men said, ‘Education, that’s what our people need. We have to educate our people’.”

Grandpa’s message stuck with Gail, and years later in Florida on a movie shoot with her husband she met the actress Anne Sward Hansen. A few years later Anne moved to New York City and reconnected with Gail. It was the early 1980s and the oil crisis was in full swing. The high cost of heating oil combined with a cold, bitter winter hit American Indians on the Great Plains the hardest. Many elders and children were dying from the cold, unable to afford to heat their homes. Anne, an actress on the CBS soap opera “As the World Turns” mobilized her connections at the studio, and secured donations of clothes, blankets, and winter coats, which were delivered to the Pine Ridge and Rosebud Reservations in South Dakota.

Anne was later invited to the reservations to be honored for her work and there she saw how the schools were the centers of the communities. Anne was hooked. A few years later, during the Reagan era, cuts across the education sector were set to impact American Indians the most. The American Indian Higher Education Consortium created the American Indian College Fund (the College Fund) to solicit donations from the private sector to supplant dollars that would be lost through federal funding. Anne was named the first chairman of the board of the American Indian College Fund, and she recruited Gail to help with a book drive. “Who knew that over 25 years later I would still be doing this,” Gail said. “From that minute on, I was committed.”

Gail is a rare woman who has melded her passions—her love of the arts and American Indian issues. She has served as an adviser at: the National Museum of the American Indian in New York, the Association on American Indian Affairs and Wings of America promoting active lifestyles and healthy living. She conceived of and built 29 cultural learning centers at the tribal colleges in 12 states, which kicked off the College Fund’s Sii Ha Sin, capital campaign, and founded UNRESERVED American Indian Fashion and Art Alliance, creating internships for native youth. In addition, she worked with the Met’s MADI committee to create internships for Native American students in the museum studies field at the Met. The internship opportunity gives Native students the opportunity to work at one of the largest and best museums in the world alongside a mentor to develop their professional skills, while also giving them the chance to curate artwork from their own cultures. “It has always bothered me that Native arts have been overseen predominately by white curators and for the most part they don’t know the spiritually involved in looking after these collections,” Gail said. She also helped the students adjust to life in a big city environment, providing them with a place to live at her studio and serving as a base for them while they were in New York. After her studio became a 24/7 business, she worked tirelessly to find them other affordable housing that was homier during their internship. Gail speaks glowingly of the students that have enriched her life over the years and their many accomplishments.

One recent intern who benefitted from the Gail’s work to get the Met’s internship program off the ground is Bradley Pecore, a museum studies alumnus from the Institute of American Indian Arts in Santa Fe, New Mexico.  Bradley, a member of the Menominee/Mohican tribe of Wisconsin, grew up on the Stockbridge-Munsee reservation, where he developed an interest in sculpture and painting as a young boy. He is currently finishing his Ph.D. at Cornell University while he works at the National Museum of the American Indian.

Gail realized a long-time dream when she was at the MET to witness their public opening of “The Plains Indians: Artists of Earth and Sky” exhibition this month as well. She was asked to curate the merchandising kiosk at the exit of the exhibition. “For the first time the MET is showing reservation-based artists that would normally never have a chance to show their work in New York City, much less at the Metropolitan Museum of Art.  This show, at one of the major museums in the world, is an important acknowledgment and validation of Native American art and I am so pleased.”

The College Fund could not be prouder of Gail and offers its hearty congratulations on a well-deserved honor.