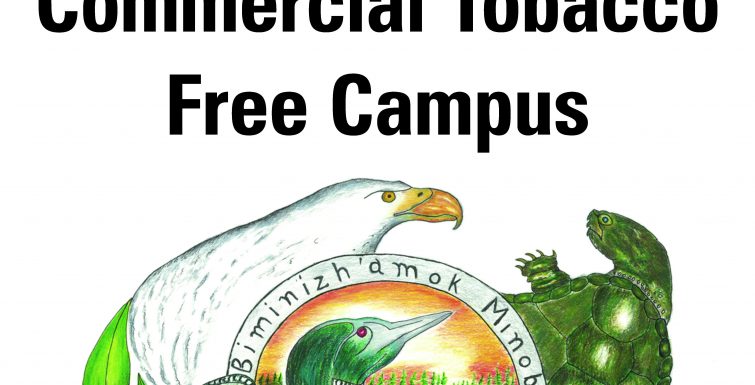 As an institution that seeks to honor and embrace their culture, Leech Lake Tribal College (LLTC) works diligently to model Anishinaabe values. In August 2014, LLTC officially became commercial tobacco-free, prohibiting use of all commercial tobacco products on campus other than for ceremonial use. A distinction between ceremonial and commercial tobacco was critically important to the policy, as honoring heritage includes embracing medicines such as ceremonial tobacco as sacred gifts to all people.

In Minnesota, five of the six leading causes of death among American Indians—including heart disease, cancer, diabetes, and stroke—are related to commercial tobacco. According to the American Indian Cancer Foundation, among Indigenous peoples, rates of lung, colon, and stomach cancers are all higher than that of their Caucasian peers (83%, 162%, and 490%, respectively).

Within the state of Minnesota, 59% of American Indians currently smoke compared to 14% of all Minnesota adults. Given the prevalence of commercial tobacco use at LLTC, they chose to educate and transition the campus throughout a yearlong process, rather than to instantly mandate a rigid policy. During the 2013/14 school terms, the college hosted educational listening sessions, supported opportunities for traditional ceremonial tobacco use, and offered tobacco cessation support to those who wanted to quit smoking. LLTC’s decision to engage the campus prior to establishing the policy proved to be a wise choice, as the gradual shift made for a smooth implementation in 2014.

Provisions within Minnesota’s Freedom to Breathe Act, which prohibit smoking indoors, leave sovereign tribal lands to their own discretion. Without proactive measures in place, all are subjected to secondhand smoke without the freedom to choose otherwise. Creating an environment at LLTC that was free of the dangers of commercial tobacco was seen as a pledge to the wellbeing of students and staff, as well as to our future generations.

The two-year process took vision and determination to properly implement, and the college community has largely supported the effort. Recent assessment evidence suggests that the policy is supporting LLTC’s efforts to encourage healthier futures. Surveys that were conducted before and after the policy went into effect showed that the percentage of students who used commercial tobacco dropped from 49% to 41% in just one year!

Leech Lake Tribal College is proud to support their community through the efforts of this initiative. It is their hope that the positive inroads made by LLTC and other like-minded tribal colleges and universities will pave the way for many more schools to join the movement, leading to healthier students and Native communities.