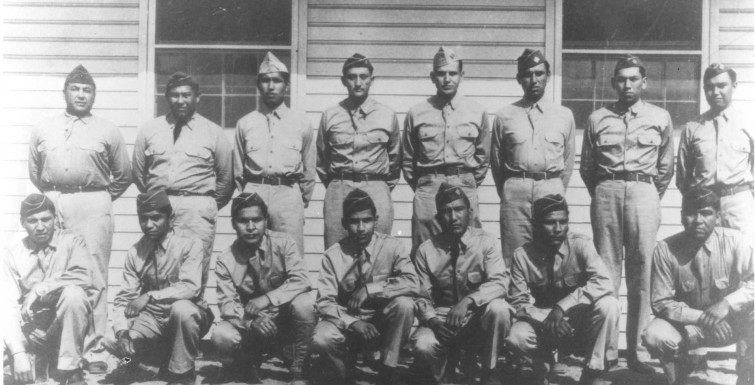 Today, we pay tribute to those who’ve made the ultimate sacrifice to protect the freedoms we all enjoy. Memorial Day is also a very important holiday for American Indians, as throughout history Indian warriors have fought to ensure the survival of their tribes, customs and languages. Historically warriors were held in high regard and rewarded with sacred feathers, war bonnets, and shields, recognizing their contributions to their tribe.

Perhaps best known are the Code Talkers, members of the U.S. armed forces who communicated vital information in codes based on their Native languages. During both World Wars, the U.S. used many of the 500-plus distinct North American Native languages as battlefield weapons that saved the lives of countless Americans and their allies.

American Indian languages proved to be one of the U.S. military’s most effective tools during 20th century conflicts. The Navajo Code Talkers’ success in confounding the Japanese military with codes the enemy could not break serves as a prominent example of the value of preserving Native languages. The sacred Diné language is not a written language but an oral tradition, learned and passed on through generations. This unique quality is what gave the United States and its allies a victorious advantage. After the world wars, many Code Talkers worked within their tribes to preserve their languages.  Among them were Navajo Code Talker Teddy Draper Sr., who spent years as a language teacher at Diné College in Tsaile, Arizona. Protecting Native languages is essential to preserving the identity and culture of Native nations.

Tribal colleges, recognizing the historical and cultural importance of Native language preservation, are integrating them into their curriculum.  For example, the Comanche Code Talkers are no longer living, and the Comanche have very few fluent speakers today. The Comanche Nation College in Oklahoma was founded, in part, to revitalize the language.  At Aaniiih Nakoda College in Montana, students are required to introduce themselves in their native language. Tribal colleges  encourages students to make culturally informed decisions and helps students define their identities through language.

As for the Code Talkers, they were only recently recognized for their contributions to our nation and our freedoms. As we reflect on this Memorial Day, we honor those who did not return from war, including all the Native Code Talkers who are no longer with us. Their contributions underscore the importance of preserving the sacred languages of the North American tribes. Supporting tribal colleges continues that work.

Increasing the capacity of the tribal colleges supports current American Indian veterans and paves the way for future Native warriors to succeed.  Here at the American Indian College Fund, with your support, we are building opportunities for our veterans with the 25th Anniversary Veterans and their Families Scholarship Fund.