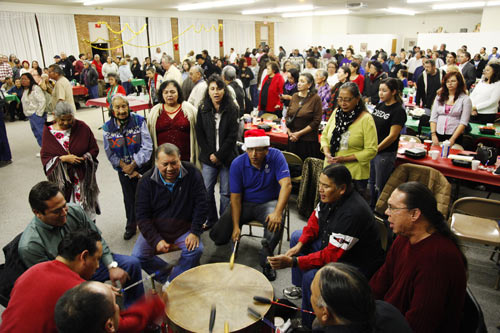 The local drum group played for the attendees.

The answer may surprise you—277 American Indian elders in the Denver area attended the annual Elders Dinner sponsored by the American Indian College Fund on Tuesday, December 14 at All Saints Catholic Church Hall at 2559 S. Federal Blvd. in Denver, Colorado. 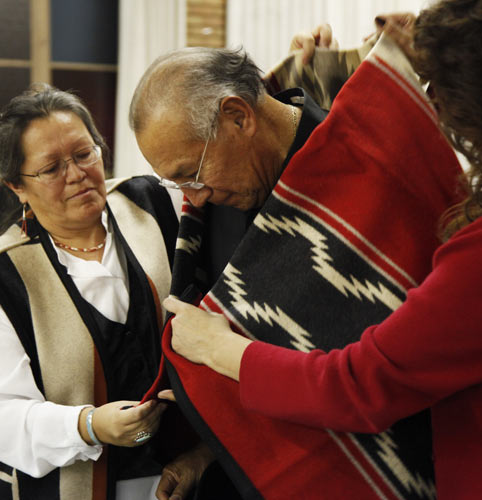 Elder Sonny White was honored as the Elder of the Year.